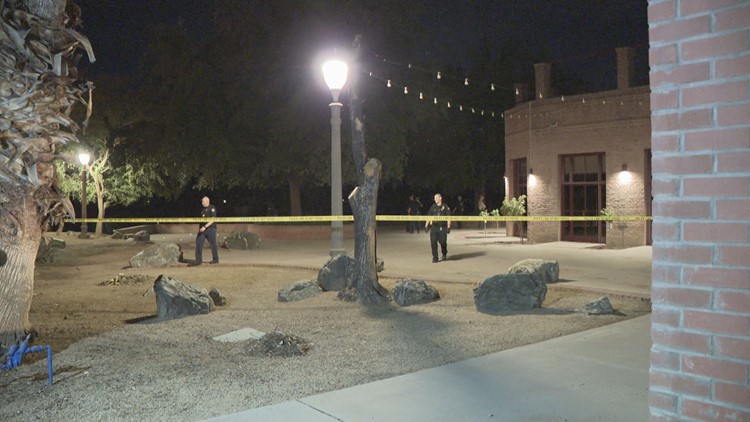 Photo by: 12 News
Police on the scene where men shot a photographer after asking him to take their picture.

Police: Men shoot photographer after asking him to take their photos

PHOENIX — A man was shot by two people who had asked him to take their picture Thursday night, Phoenix police say.

A 33-year-old photographer was in the park at 15th Avenue and Encanto Boulevard just after 9 p.m. when three young men approached him and asked him to take their photos, according to police.

Once he did, they got into a fight, during which the men called the victim racial slurs and two of the men shot him, police said.

The suspects ran away, and the victim was taken to the hospital. His injuries are critical but not life-threatening, police said.

The suspects are described as Hispanic men 18 to 25 years old. One was wearing a white shirt and red shorts and the other two were wearing black shirts and black pants, police said.

MORE CRIME STORIES:
- MCSO: Two burglary suspects on the run after one shoots at firefighters in Laveen