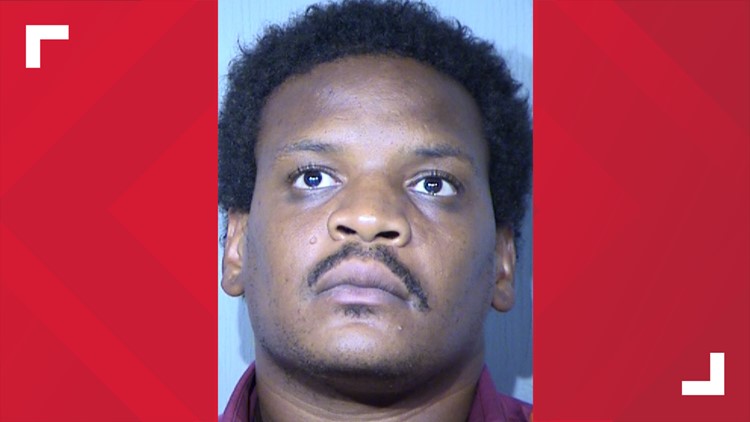 PHOENIX — A man is facing felony kidnapping and attempted sexual assault charges after trying to grab a woman who was waiting at a Phoenix bus stop.

Police were called to the area of 15th Avenue and Pierce Street just before 9 a.m. Monday. Officers say they found a woman who was clearly distraught. She was described as "physically shaking" and holding back tears.

The woman told police a man, later identified as 31-year-old Antonio Luis Bradley, walked up to her while she was waiting at a bus stop and grabbed her by the arm.

Bradley reportedly demanded she go with him and tried to drag her away. The woman said she was going to call the police but Bradley said he wasn't afraid of the police, according to court documents.

He continued to try to force her to go with him and she resisted.

Police say en route to the precinct, Bradley asked the officers if they wanted to know what happened. He reportedly told officers he wanted to take the woman to an alleyway and have sex with her against her will. He said he planned to carry out the assault on a mattress in an alleyway.

Officers found the mattress near 13th Avenue and Taylor Street, according to court documents.