Deyani Fisher, 20, was taken into custody around 2 a.m. March 29th during a domestic violence call. 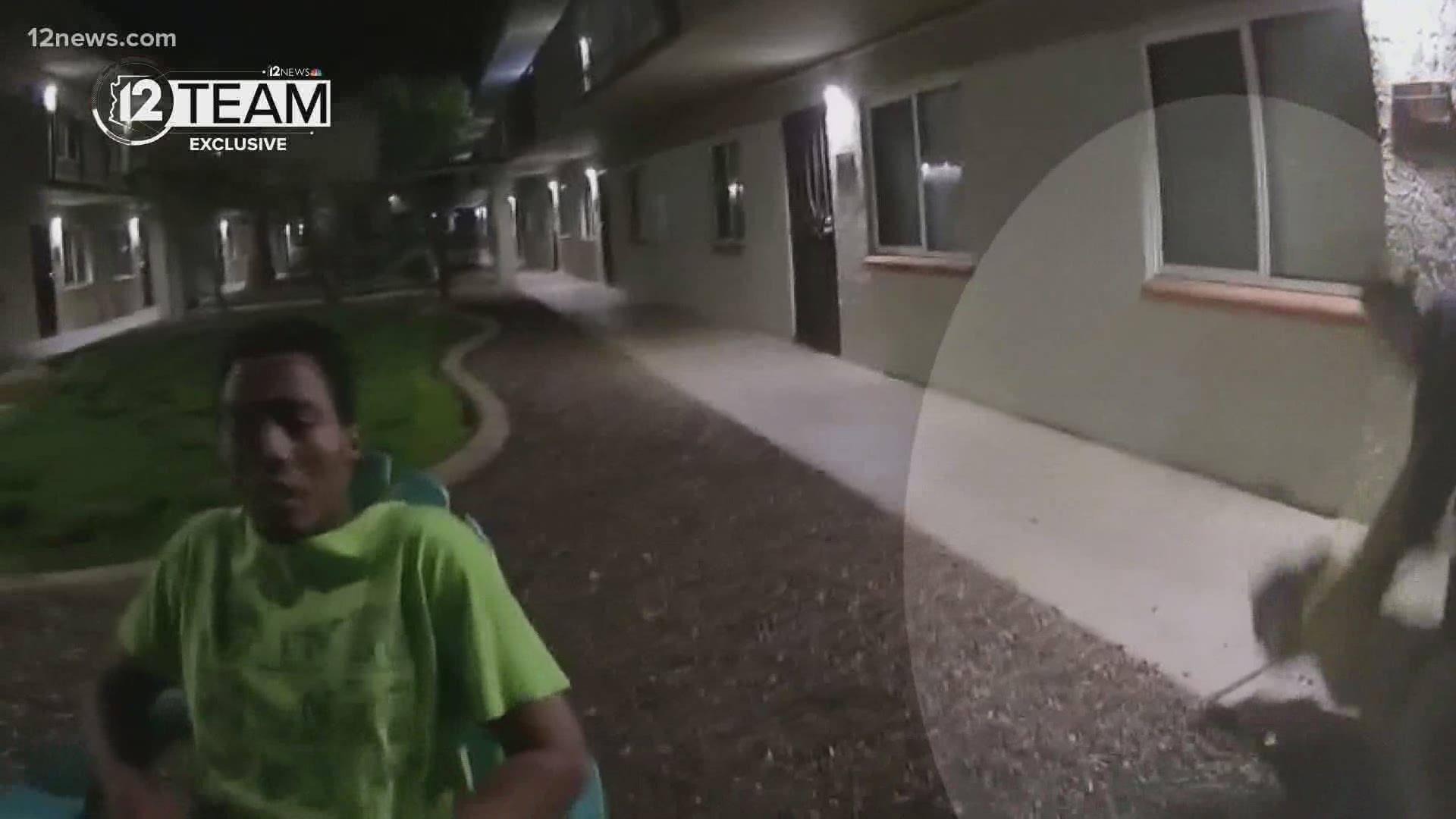 PHOENIX — A Phoenix woman taken down face-first to the pavement by an arresting officer is questioning why she was charged with assaulting police.

Deyani Fisher, 20, was taken into custody around 2 a.m. March 29th during a domestic violence call. Fisher was arguing with her roommate at their apartment complex in east Phoenix. Residents of the complex called 911, complaining about yelling and “a female threatening to stab someone”, according to police records.

Two officers arrived at the complex. One of them walked through an open doorway of the apartment unit where he immediately grabbed Fisher’s arms from behind and began pulling her outside. Fisher tells 12 News she didn’t know who grabbed her. The officer didn’t identify himself.

“I just kind of remember me and my roommate arguing and the next thing I know my arms are being put behind my back and pushed above my head and I’m being rushed out of the house,” Fisher said.

The officer writes in a police report that Fisher resisted arrest and assaulted him.

“As I made it out of the front door, Deyani began to kick her legs back towards me… At one point, she made contact with my shin,” the officer writes.

Fisher denies she kicked the officer. She said she immediately leaned forward when the officer grabbed her because her arms were being pushed in an upward motion behind her back.

“I can see situations where you may need to use force but not to that extent,” Fisher said.

The sequence happened in just a few seconds. Body camera video of the two officers does not clearly show Fisher’s actions when the officer grabbed her inside the apartment. Once they walk out the door, Fisher is seen on video walking in front of the officer on the balls of her feet. Then the officer sweeps her legs from behind, causing her to fall to the ground.

Fisher suffered cuts in her mouth and bruises. She was charged with assaulting the officer, and for assaulting her roommate during the argument before officers arrived.

12 News asked two use-of-force experts to review the video and police report to analyze whether the officer used excessive force. Both experts concluded the officer didn’t appear to violate policies.

“The technique (the officer) used did not produce broken bones or severe injury. He had her controlled somewhat in her flight to the ground,” said Stanley Kephart, an expert witness on police and security matters. “It’s not an egregious use of force in any way shape or form.”

Kephart said even though there is not a video that shows Fisher kicking the officer, it’s important to note there is not video exonerating Fisher.  The “totality of evidence” suggests the officer did not use excessive force, Kephart said.

Retired Phoenix Police Sergeant Paul Brown teaches criminal justice courses at Glendale Community College. Brown said even though the officer may have taken Fisher off-guard by grabbing her arms from behind without announcing he was a police officer, he was justified given the volatility of the situation.

“Normally police officers announce themselves but sometimes situations are so critical and potentially violent that all you can do is to react,” Brown said.

Brown said he believes excessive use-of-force is a problem that needs to be addressed generally, but that this is not an example.

“I just don’t feel based on what I saw in the video that this officer was excessive,” Brown said.

Fisher says she is not against police officers, but she will have a difficult time trusting Phoenix Police in the future.

“I’m not going to want to call Phoenix Police if I need something. I can’t,” Fisher said.

The Phoenix Police Department has also concluded the officer acted within policy, though it’s reviewing a complaint filed by Fisher.