The driver says once he suspected the suspect was prostituting women, possibly against their will, he knew he had to do something and helped police set up an undercover sting. 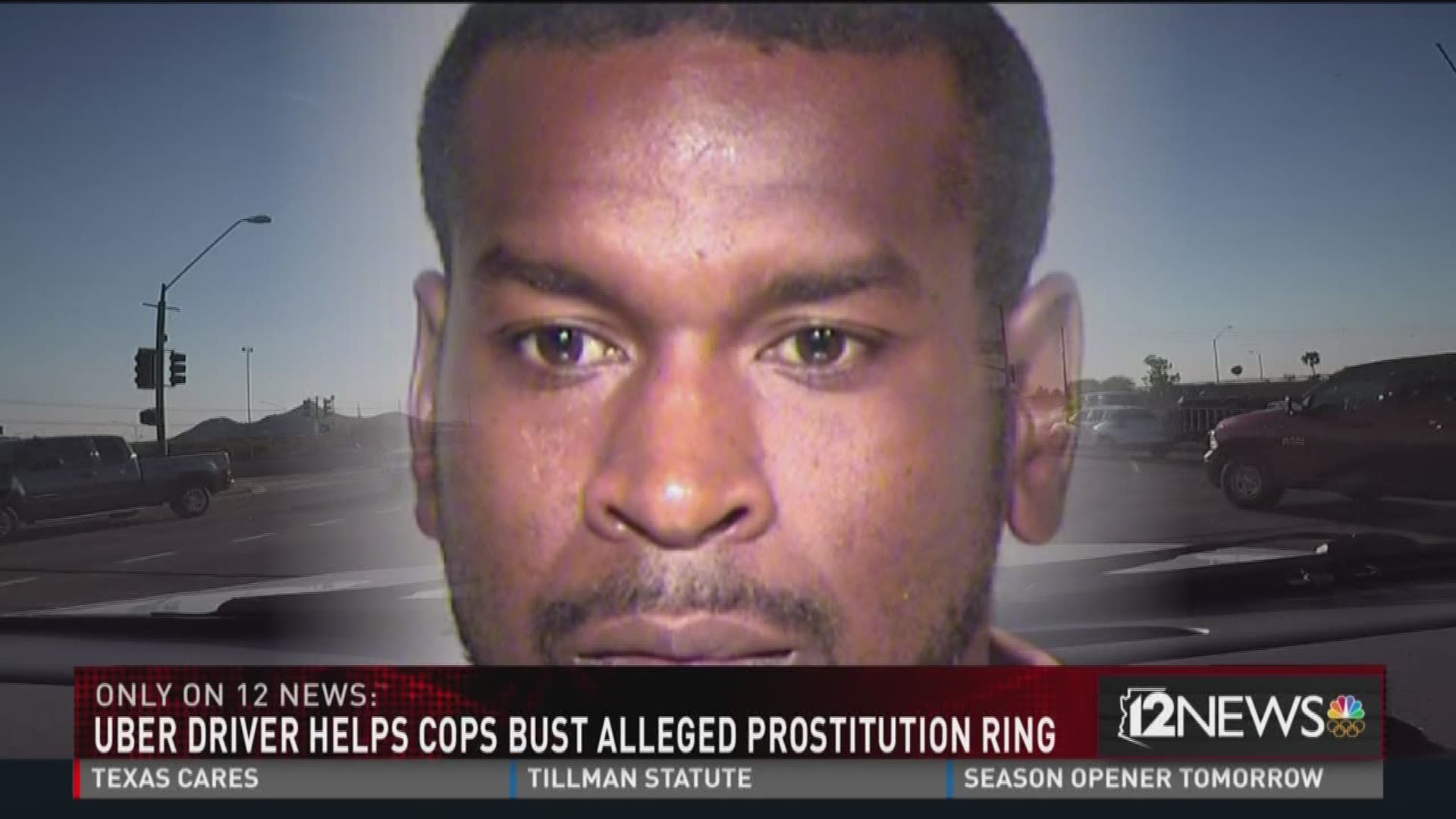 A Valley man told 12 News how he ended up in an undercover sting to catch an alleged pimp.

“He had explained to me that he had been doing this for 17 years and at the time had five girls he was moving around and using for this,” the driver said. We are concealing his identity due to safety concerns.

He says it all started when Mark Anthony Moore, a potential customer, struck up a conversation with him while the two were both staying at a local hotel.

“Right away he said, ‘If you're driving an Uber, maybe you can help me transport my girls around at night when I’m tired,” the driver said.

Unsure of what that meant, the driver said Moore then took him to a nearby room at the hotel.

“When he opens the door there were two young girls lying in the bed like they had been sleeping,” the driver said, “and when they sat up, the look of fear on their faces, it hit me.”

The driver said he knew something wasn't right and suspected Moore may be prostituting the women, possibly against their will.

He notified Phoenix police, who quickly organized an undercover sting with the driver at the center of it.

Uber drivers are trained to recognize the signs of sex trafficking and the driver says that training stuck with him.

According to court documents, one night Moore asked the driver to take him to pick up one of his girls and some illegal drugs before driving them to the J.W. Marriott in north Phoenix.

Moore had no idea the driver was in constant contact with investigators, who were also tailing them.

“There was a level of adrenaline that was pumping, but at this point I was so focused on making sure we didn't do anything to lose this guy,” the driver said.

Investigators allege Moore took the woman to meet an undercover cop in the lobby, where he offered sex with the woman and methamphetamine.

Once the undercover officer had taken the woman away from Moore, court documents show he returned to the parking lot and that’s when police swarmed the area.

“To see the sheer enormity of the response,” the driver said, “at least 20 police officers armed in tactical gear.”

Officers arrested Moore and charged him with a list of crimes linked to prostitution and drugs.

As for the driver, he said he asked police what would happen to the women Moore may have been prostituting. Police told him the women would get the services and help they need to hopefully get them out of this situation.

As a father of two girls, the driver said that was all the reward he needed.

“Seeing those girls and the fear in their faces and thinking, 'What if that was my kids? Wouldn’t I want someone to open their mouth and say something to possibly get them out of this?” he said.