Man injured after being shot by officers in Phoenix, police say

The Phoenix Police Department said the shooting occurred near 35th Avenue and Washington Street around 1 a.m. 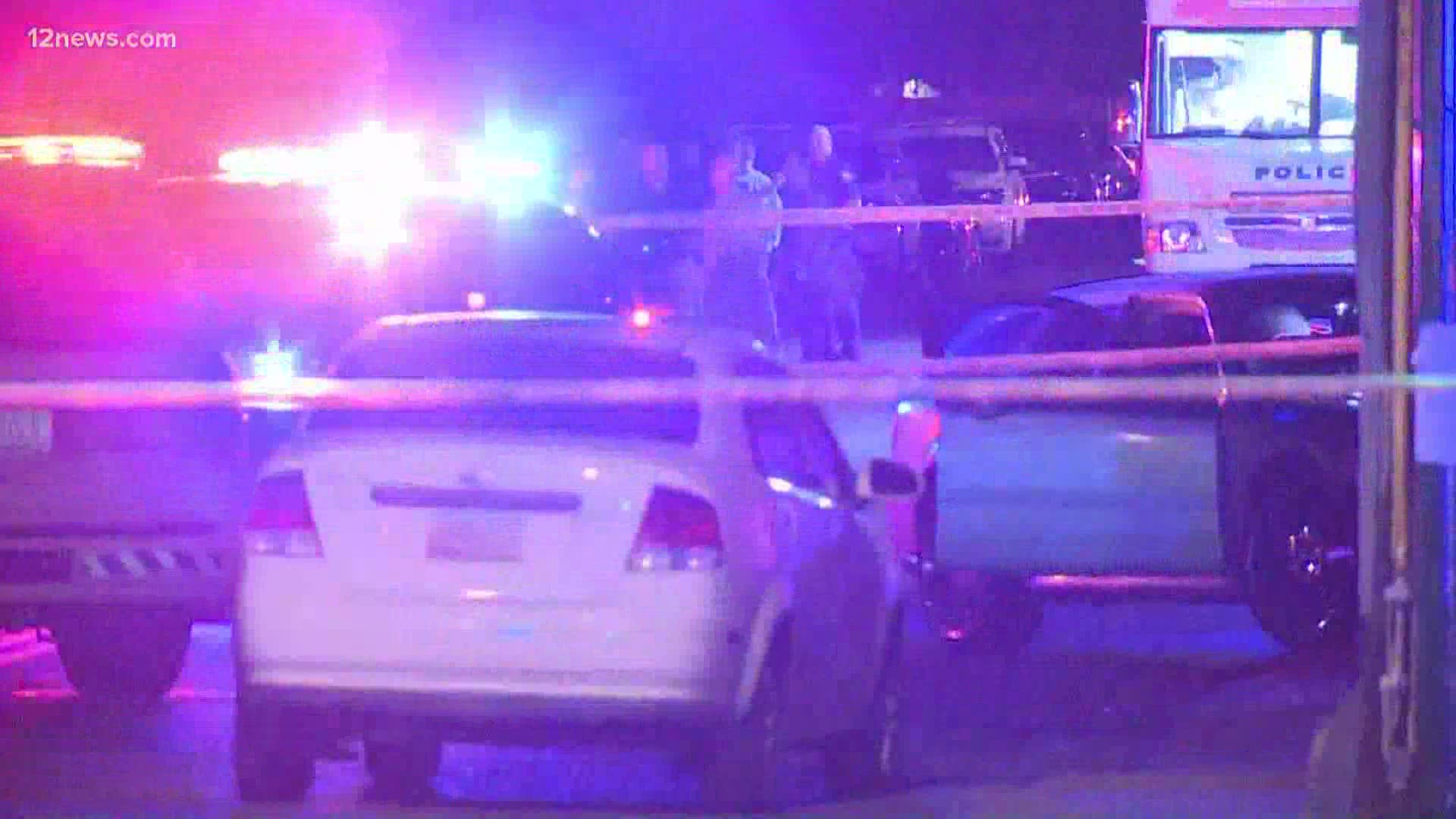 PHOENIX — One person was injured after being shot by police in Phoenix early Thursday morning.

The Phoenix Police Department said the shooting occurred near 35th Avenue and Washington Street around 1 a.m.

One suspect, who was only described as a 21-year-old man, sustained a gunshot injury and was taken to a local hospital for treatment.

The department said Thursday that officers initially responded to a shots fired call near 27th Avenue and Indian School Road.

The caller told 911 that a man and woman near a vehicle were arguing when he heard shots being fired from the vehicle, police said.

The caller also told police that as the vehicle left the parking lot, a second shot was fired. The caller was able to provide a description of the vehicle.

The department said officers in the area heard shots fired, saw a vehicle matching the description and followed the vehicle.

They attempted to stop the vehicle, but the department said the driver would not stop and a pursuit began.

As the vehicle entered the intersection of 35th Avenue and McDowell Road, it crashed into another vehicle and kept driving.

The department said the vehicle lost control shortly after and came to a stop. A woman fled the vehicle, yelling for help. The man also left the vehicle and was armed with a rifle, police said.

The man allegedly fired the rifle at officers and one officer fired back, police said.

The man was then taken to a local hospital for treatment, where he remains in serious condition. The woman was not injured.

No officers or other people were injured. The officer involved was described as a 25-year-old man with four years of service.

The intersection was restricted for Thursday morning traffic.

This is the second shooting by Phoenix police officers in a week. Two brothers were shot and killed after police responded to a domestic dispute on Tuesday.

BREAKING: Phx Pd investigating an officer-involved shooting of a suspect armed with a rifle at the conclusion of a vehicle pursuit. Intersection will be restricted during morning commute. No injuries to officers. #phxtraffic pic.twitter.com/XIUZkvMwBT