Dontez Irvin, 26, is wanted for aggravated assault on an officer, after allegedly driving a car at police.

PHOENIX — Phoenix police released video from an officer involved shooting where the suspect is still at large on Monday.

Police are asking for help to find 26-year-old Dontez Irvin.

Officers were called to N. 19th Avenue where they found a stolen car. They called more officers to the scene and followed the car into a motel parking lot, according to police.

A two-officer patrol unit stopped the car in the parking lot. The patrol vehicle was facing the car. As the officers got out of their unit the driver of the car reportedly started driving toward them and hit the open passenger side door on the patrol vehicle which hit one of the officers, investigators said.

The officer fired at the driver, but the shot missed the car.

The driver fled the scene and police briefly pursued, but lost the driver near I-17 and Camelback Road.

Police later identified the suspect as Irvin. He is still at large, police say.

Irvin is wanted for suspected aggravated assault on an officer and car theft.

The stolen car, a gray 2006 Nissan Altima, was eventually found.

The officer received minor injuries. No other officers were hurt.

The officer involved is 28 years old and has 2 years of service.

Watch the edited video from Phoenix police here. Warning there is strong language. 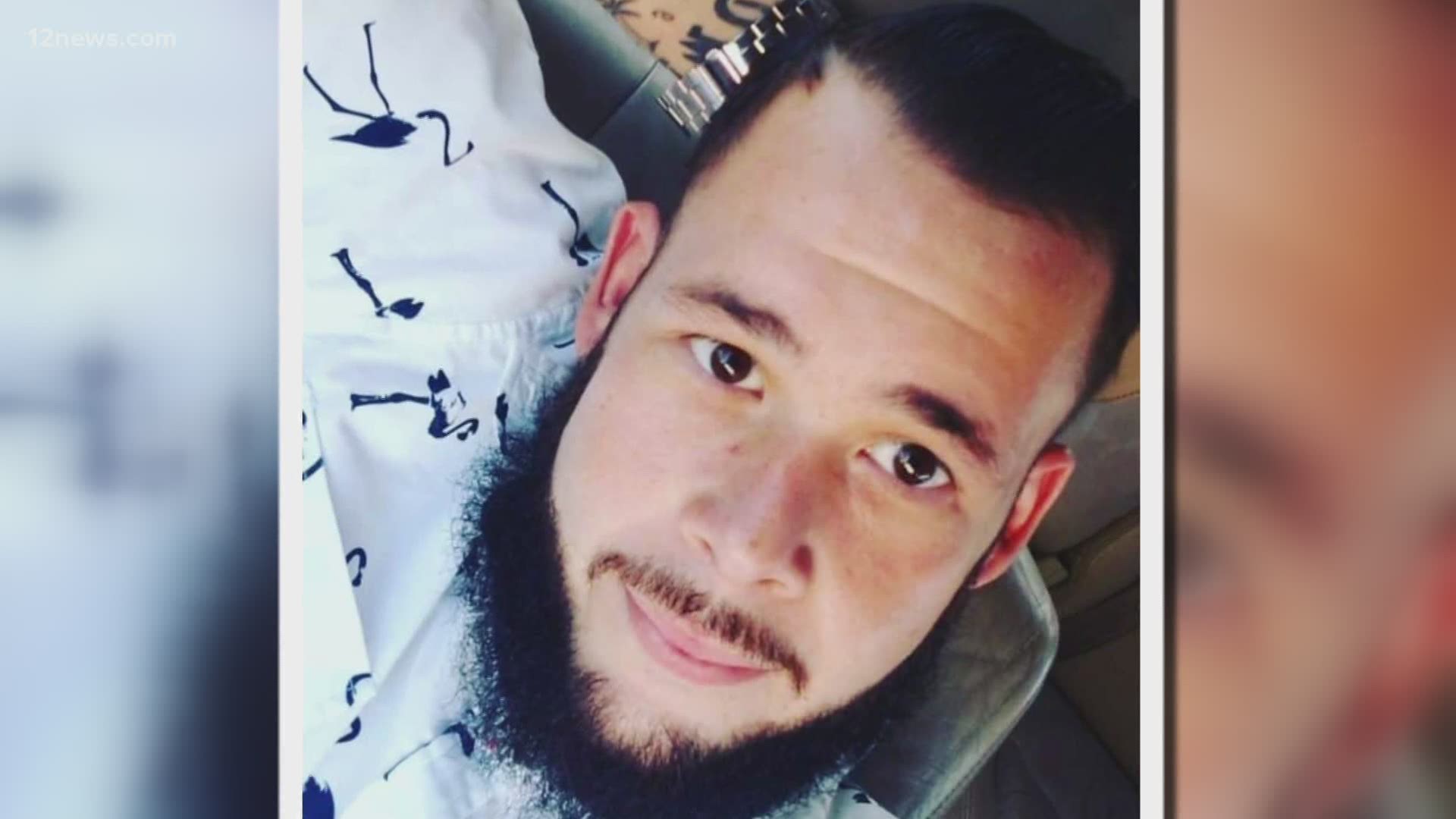