Phoenix police looking for suspect who attacked woman, threw her in canal

Authorities are searching for a man who allegedly threw a woman into a canal in north Phoenix after he sexually assaulted her Monday morning. 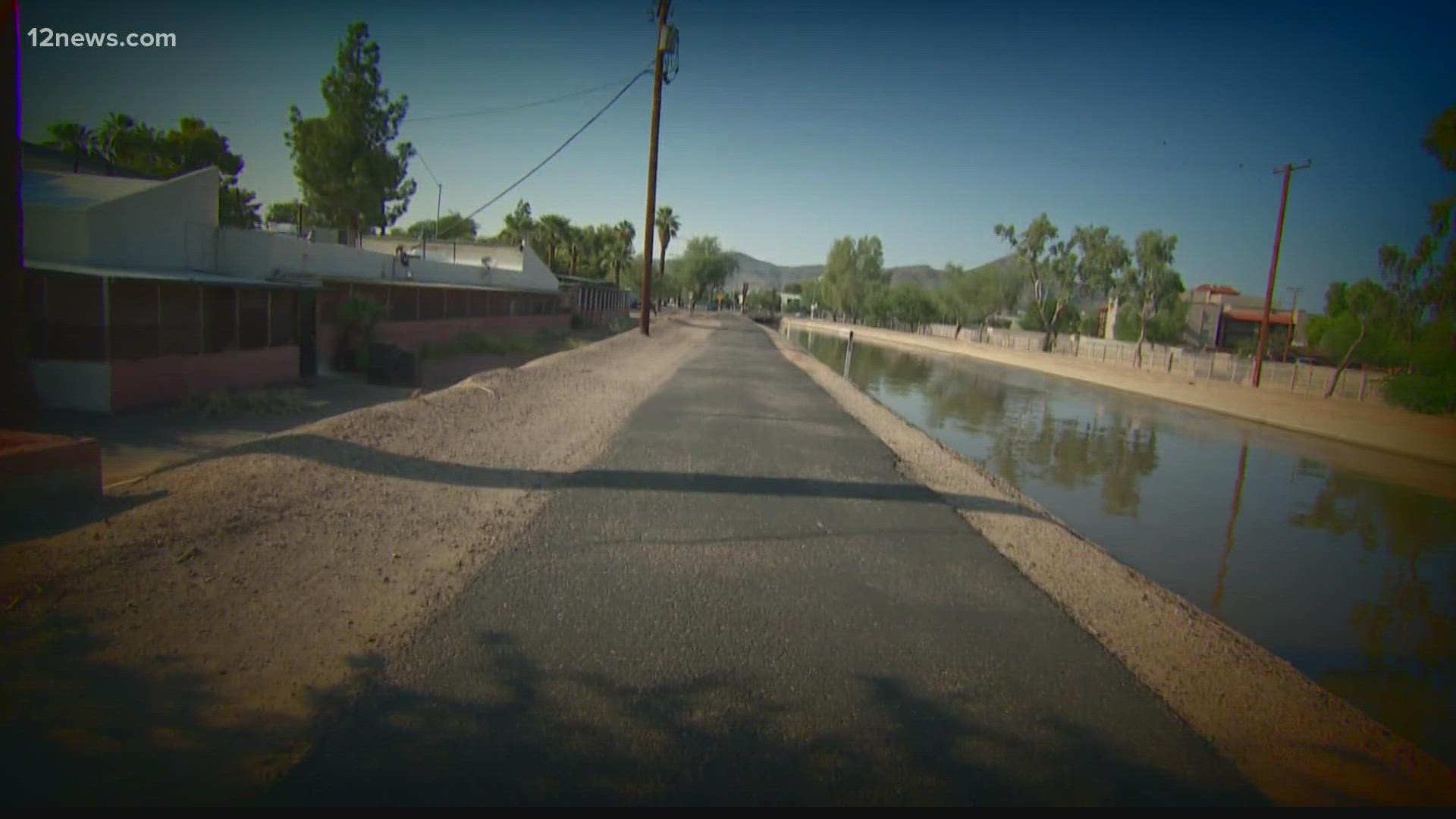 PHOENIX — The Phoenix Police Department is looking for a man accused of sexually assaulting a woman Monday morning and throwing her into a canal in north Phoenix.

Authorities said they responded to the 200 block of East Las Palmaritas Drive near Central and Dunlap avenues at about 7:30 a.m. and made contact with a woman who reported she had been attacked and sexually assaulted by an unknown man.

The woman had been jogging that morning before she was attacked and thrown into a nearby water canal, police said.

The suspect fled the area prior to police arrival. A bystander had to help the victim out of the canal.

Sgt. Ann Justus said the suspect has been described as a man, between 20 and 30 years old, and was wearing a black t-shirt with white stars and jeans at the time of the assault.

Detectives are in the process of canvassing surrounding neighborhoods, she added, and are looking for residents with security footage that may have captured the suspect.

Justus said Phoenix police has not gotten any reports of similar assaults happening in this region of the city.

Anyone with information is encouraged to contact Phoenix police at 602-262-6151 or Silent Witness at 480-WITNESS.

RELATED: Mesa school employee arrested, accused of having a sex with a minor, police say