Detectives aren’t sure if the pair of robberies are connected, but there are some similarities between the cases. 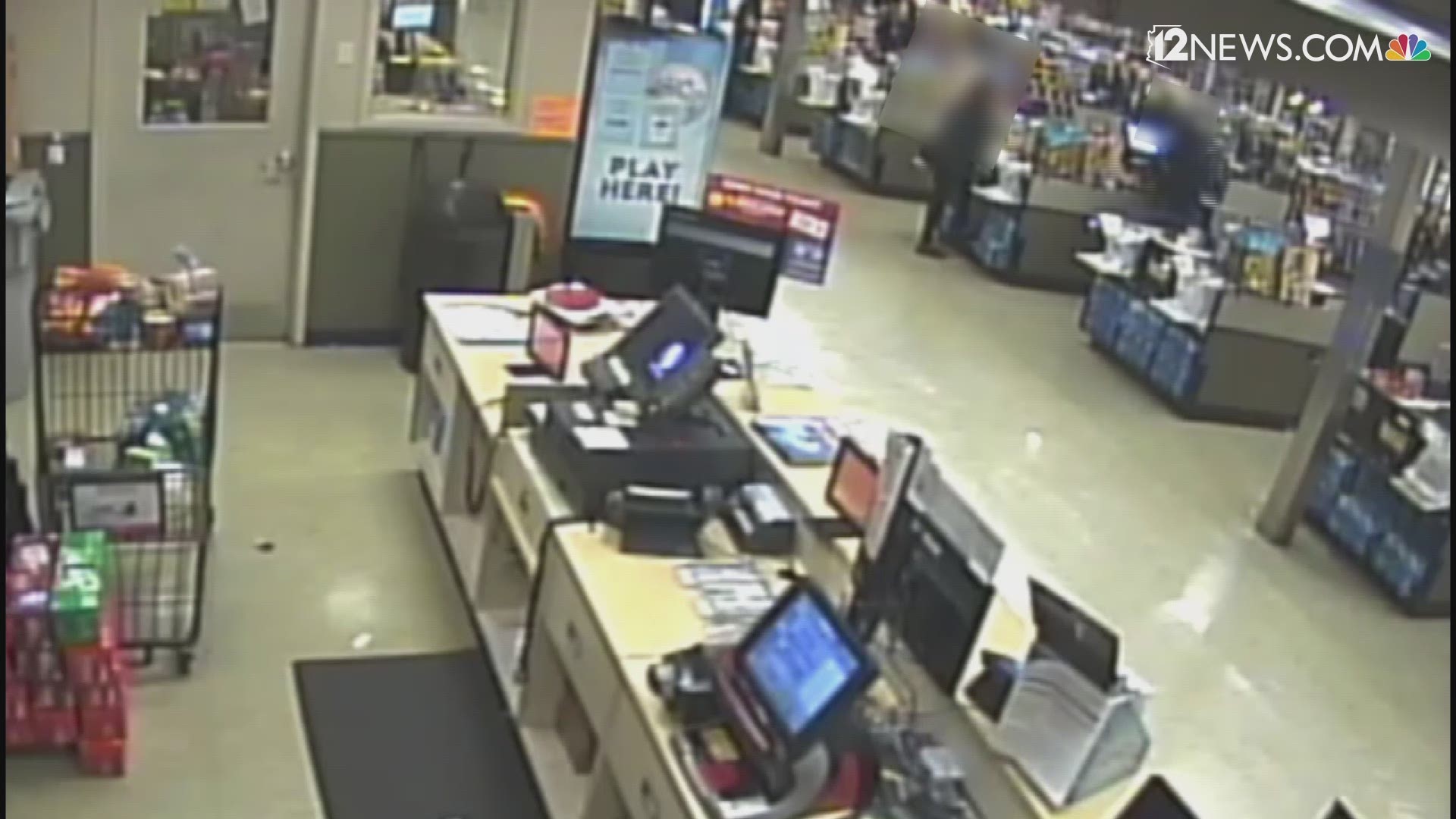 Detectives aren’t sure if the pair of robberies are connected, but there are some similarities between the cases.

The first robbery happened at a Sprouts on Ray Road on January 31. Surveillance video shows a disguised suspect threatening employees with a gun and demanding money. After robbing the store, the suspect fled in an SUV with a roof rack.

Police describe the suspect in this case as about 5-foot-9 man with a medium build and between 25 and 35 years old.

On February 18, a Safeway on Chandler Boulevard was robbed by an armed man as well. Police say the suspect entered the store, pointed a gun at employees and a customer while ordering them to the ground. The suspect then entered the office area of the store and demanded cash.

Anyone with information is asked to contact police at 480-WITNESS.

RELATED:
- Man gets more than 22 years in prison for robbing Verizon stores in Arizona, California
- Suspected lottery ticket burglar arrested
- 3 tips to keep burglars out of your house