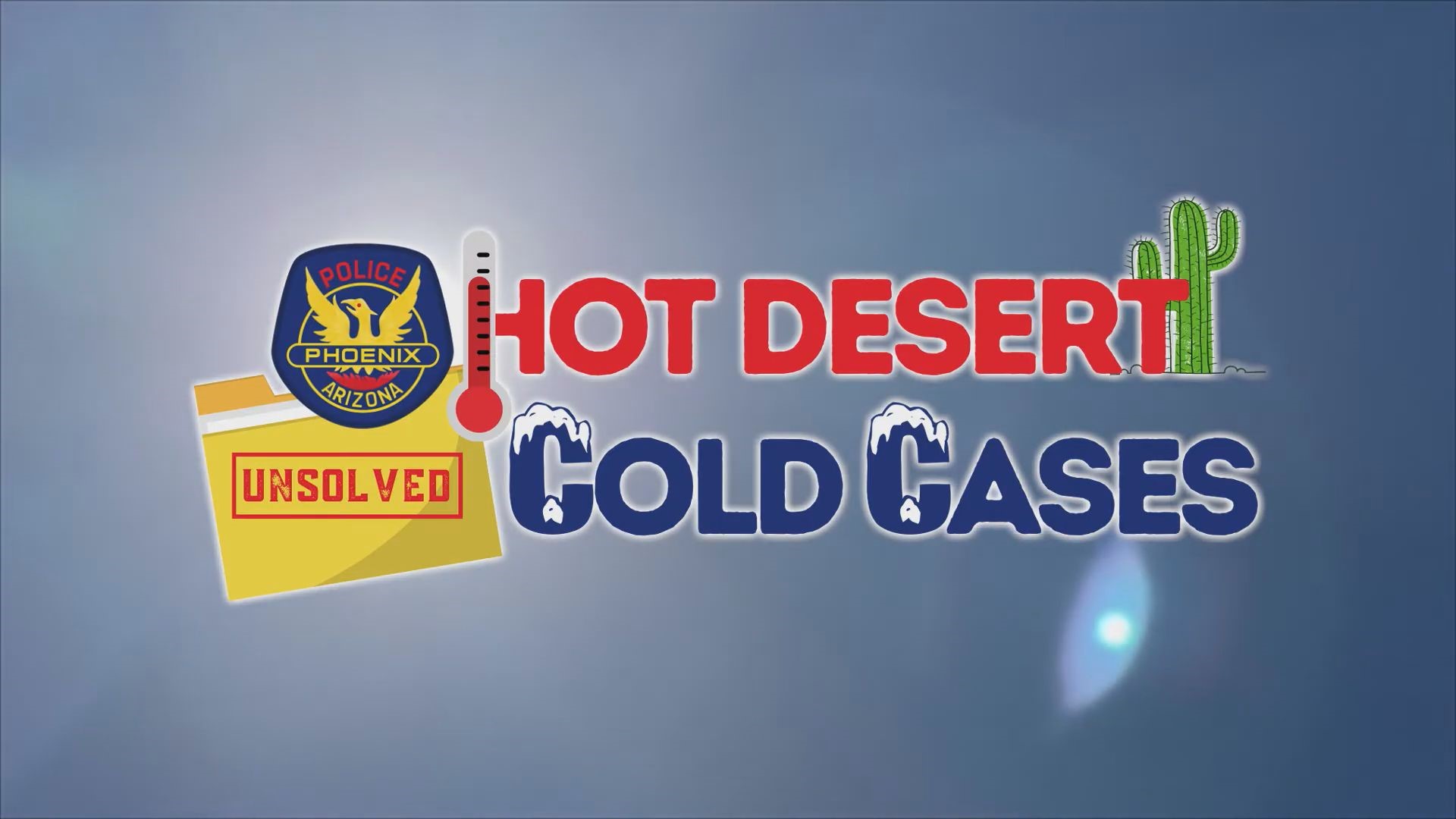 PHOENIX — Phoenix Police is hoping to clear its stack of unsolved murder cases – some of them decades old.

Lynsey Chainhalt was only 20 years old when she was gunned down back in 2003. Seventeen years later, no one has come forward with information police need to solve the case

“I want those people who knows. Somebody knows exactly what happened. Somebody knows who did this,” said Judi Petersen at a press conference at the Phoenix Police headquarters on Monday.

In June of 2003, Lynsey was the designated driver for friends when they were approached by an SUV the I-17.

“Confronted them on the freeway. Threw a bottle at them. Ended up chasing them,” said Petersen.

The chase ended at 20th Street and Grovers. Police say that’s when three Hispanic males got out and fired 19 rounds into the car. Killing Lynsey and injuring the others.

Phoenix Police is now producing video profiles about cold cases including Lynsey’s. The program is called “Hot Desert – Cold Cases” which can be viewed on all the department’s social media platforms.

“We’re hoping that when people take a look at that. It perks their interest. They pay attention and people start to search their minds. Maybe even talk to people,” said Sgt. Tommy Thompson with the Phoenix Police Department’s public affairs bureau.

There are two people of interest in the case.

They are Ricardo Sanchez Malinares or “Butcho” and Ferman Gomez or “Mini.” Police say the two may have bolted for Mexico after the murder.

Still, Petersen is urging anyone with information on the case to come forward.

“Please, do it for yourself. Do it to get it off your conscience. Do it right with your maker and to help my family,” said Petersen.

In addition to the video profiles – Silent Witness is offering a $5,000 reward for any tips leading to an arrest and conviction in homicide cold cases.

The phone number to call is 480-WITNESS. Tipsters can remain anonymous.

RELATED: Cold cases get colder as coronavirus pandemic wears on