In Jan. 2020, Rafael and Maribel Loera were arrested when a fire revealed human remains belonging to 13-year-old Ana Loera, who hadn't been seen alive since 2016. 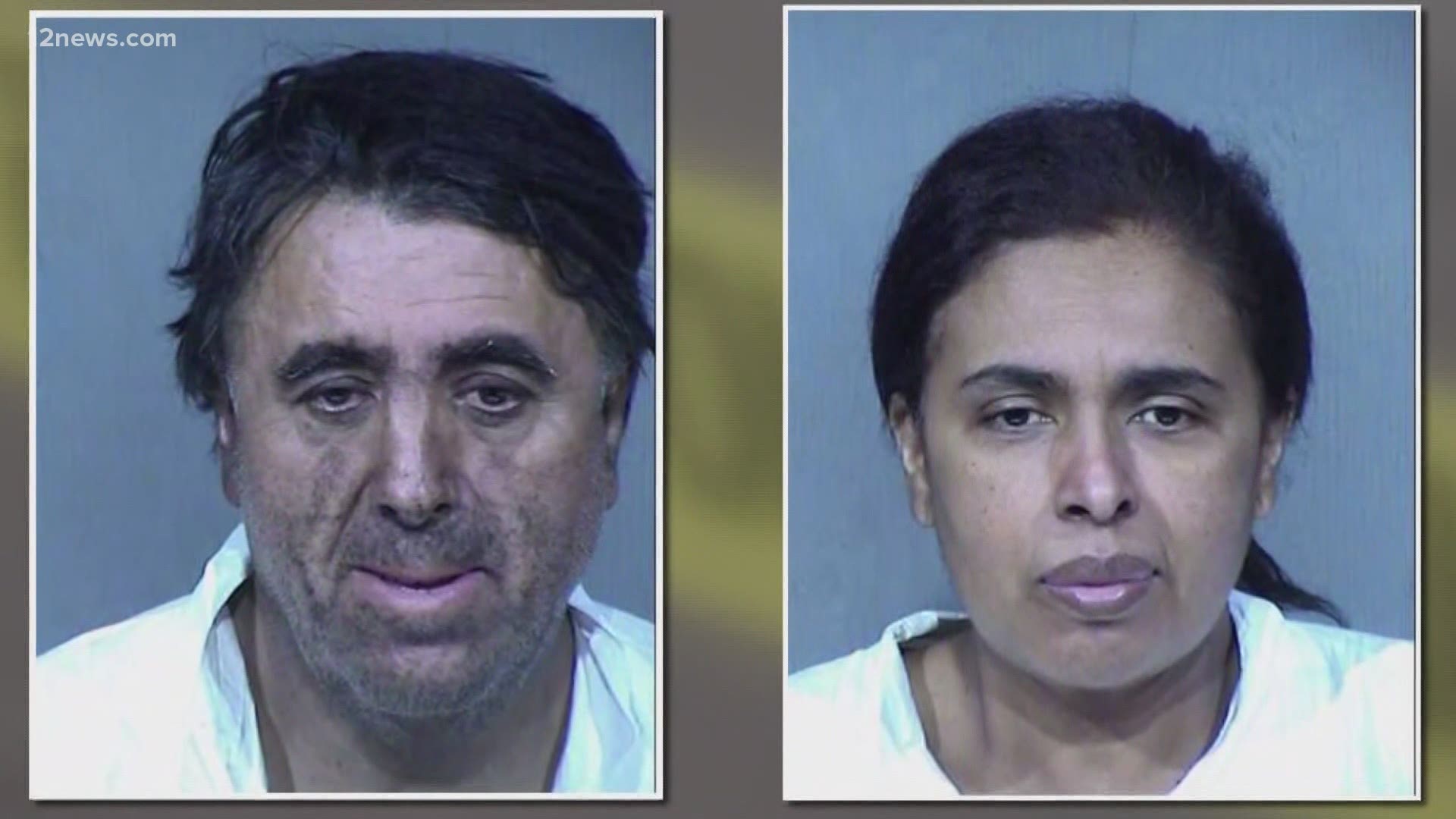 The Phoenix Police Department announced on Friday they have developed probable cause to charge Rafael and Maribel Loera with first-degree murder after a fire in 2020 revealed human remains belonging to their 13-year-old adopted daughter Ana Loera.

Ana Loera, whose birth name was Charisma Marquez, had not been seen alive since 2016, according to the department.

It started on Jan. 20, 2020, when police were called to the Loeras' residence near Camelback Road and 59th Avenue for a welfare check of an 11-year-old girl who had been left home alone.

The child disclosed acts of neglect and abuse from her adoptive parents, Maribel and Rafael Loera. The Department of Child Safety responded the same night and took the child into their care.

Days later, on Jan. 28, 2020, at about 2:00 p.m., DCS returned to the residence to remove two additional children, a 4-year-old boy and 9-year-old girl from the custody of Maribel and Rafael Loera.

After DCS left the home with the children, a 911 call reported a fire at the Loera residence. Phoenix firefighters responded to the home, put out the fire, but discovered human remains.

During the investigation, the remains were positively identified as 13-year-old Ana Loera. Phoenix PD said her exact date of death is unknown still, but say she was last seen alive in 2016.

The Office of the Medical Examiner ruled her death as a homicide.

The Phoenix Police Department announced on Friday that after more than a year of investigating, homicide detectives have developed enough cause to further charge Maribel and Rafael Loera in the death of Ana Loera.

They now face charges of first-degree murder, several counts of child abuse, concealment of a dead body and arson of an occupied structure.

Previous reporting on court records from 12 News found that Rafael Loera told investigators he wrapped Ana Loera's body in a blanket and stashed it in the attic of the home.

RELATED: How did an 11-year-old stay missing for 2 years before her body was found?

According to investigators in 2020, Rafael Loera admitted to starting the fire at his home by siphoning gas from his car, pouring it on the floor of the living room and setting it on fire because he reportedly felt hopeless and didn't want to live anymore.

In February of 2020, Rafael and Maribel Loera pleaded not guilty to charges of child abuse, arson and concealing a body.

According to court records, Rafael and Maribel Loera are each currently being held on a $1 million bond and are each due in court on April 9.

READ AND WATCH PREVIOUS COVERAGE OF THIS CASE: