Phoenix police are seeing a dramatic rise in violent crimes, deaths caused by domestic violence has them concerned 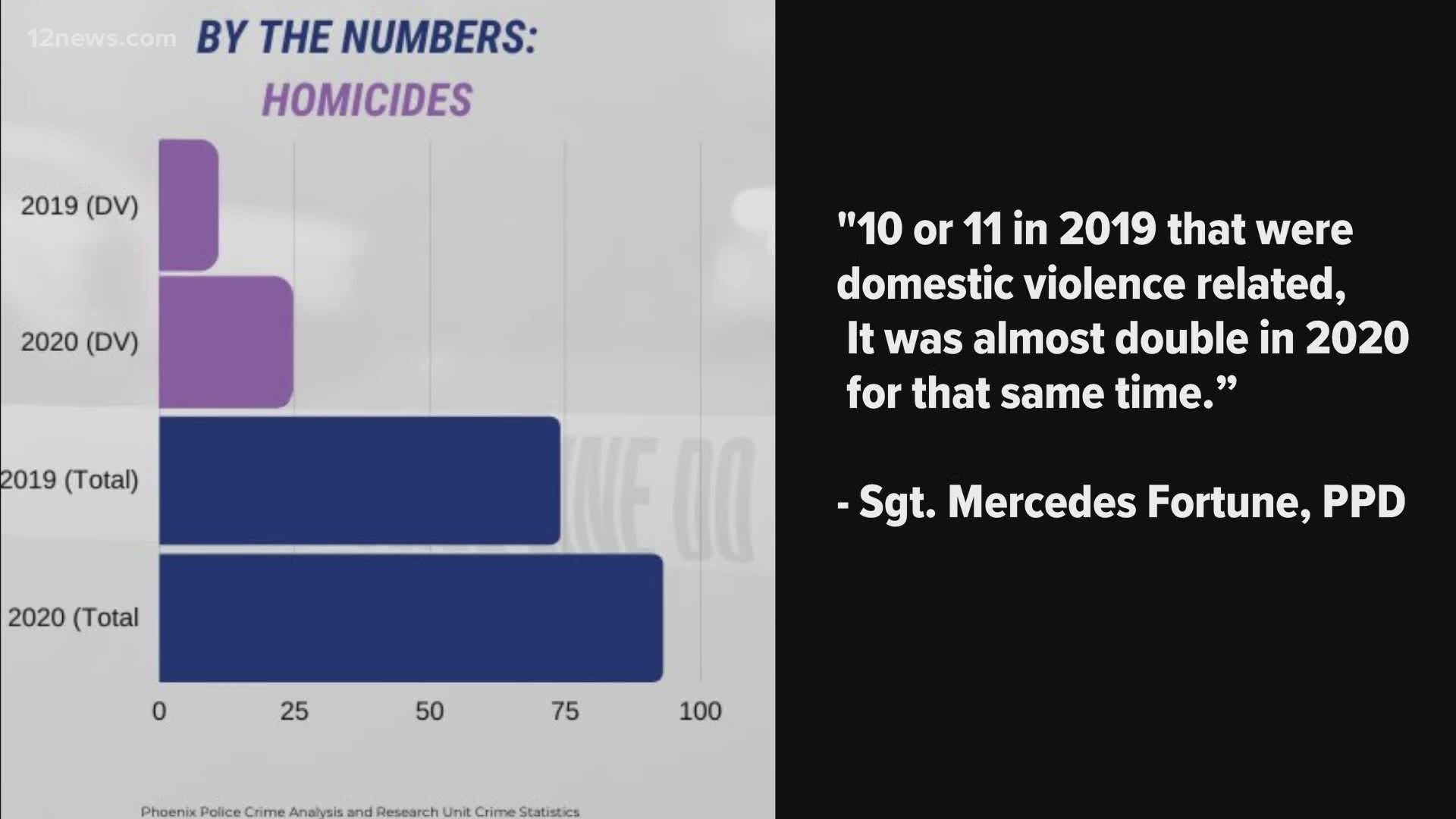 PHOENIX — There's an alarming trend that has unfolded this year in the Valley.

Numbers released by the Phoenix Police Crime Analysis and Research Unit have risen some alarms for law enforcement. The report showed that burglaries, thefts and rapes have been less frequent this year, however, homicides and aggravated assaults have increased 25 percent since 2019.

“10 or 11 in 2019 that were domestic violence-related, it was almost double in 2020 for that same time,” Phoenix police spokesperson, Sgt. Mercedes Fortune said.

Out of almost 100 homicides this year, 24 were related to domestic violence compared to 10 in 2019. That makes for a 140 percent increase.

But why have police seen such a deadly jump?

“The COVID stay at home orders don’t create family violence, but families where there’s already been violence, don’t have the resources they used to have,” Marriage and Family Therapist, Dr. Tracey Stulberg said.

Experts said that people don’t have the ability to escape violence due to the virus and with added economic pressure, there is more stress placed on households.

On Saturday morning Chandler police responded to a domestic violence call in a neighborhood near McQueen and Pecos Roads that turned deadly. “When we did arrive we found a 35-year-old identified as Ben Beasley with a gunshot wound,” Chandler Police spokesperson, Sgt. Jason McClimans said.

Investigators said that Beasley may have tried to run over his girlfriend with his car but she shot and killed him.

The investigation in Chandler continues as police sort out what exactly lead to Beasley’s death. So far no charges have been filed.

Victims of domestic violence have resources available during the pandemic. Including Phoenix.gov/DomesticViolence or 800-799-7233 (SAFE).