Christopher Myer claims Phoenix Civil Service Board erroneously used race as a factor in his firing for the Ames Harper traffic stop. 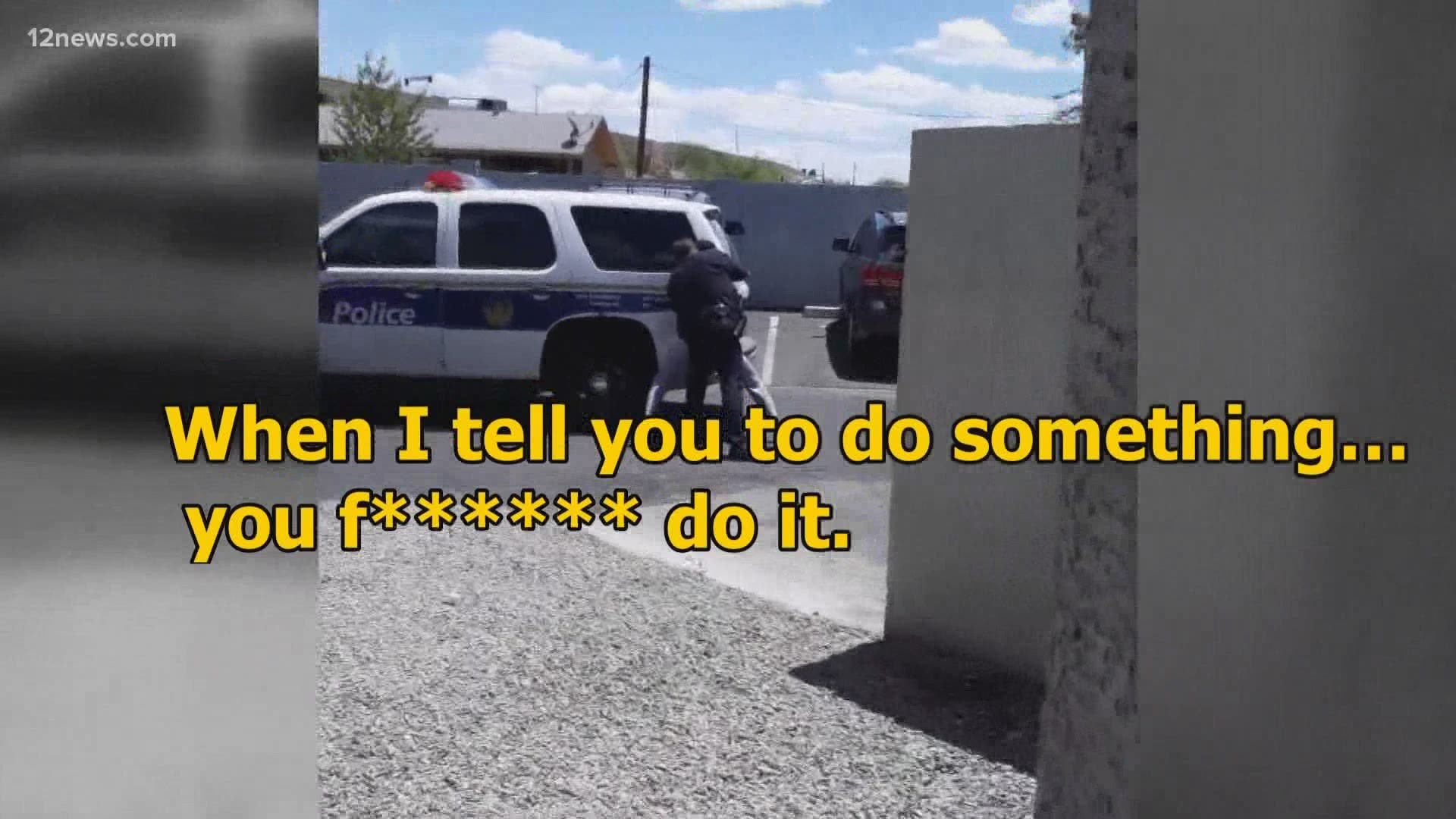 PHOENIX — A former Phoenix Police officer fired for his role in a viral traffic stop wants his job back and back pay.

However, a judge's ruling Monday likely means Christopher Meyer would need to appeal to get back on the force.

In 2019, Meyer stopped Dravon Ames and Aisha Harper after receiving a shoplifting call from a nearby family dollar.

“When I tell you to do something, you [expletive ] do it,” Meyer can be heard yelling at Ames on-camera recorded by bystanders.

Meyer, at the time a 24-year police veteran, was seen on camera sweeping the leg of Ames and screaming swear words at the pregnant Harper.

"Having been a cop for 30 years, you kind of sit back and say, 'What was going on,'" Phoenix Police Chief Jeri Williams said at the time. "That's what we need to address."

"I know the trust was eroded, and the brand of the Phoenix Police Department was tarnished as a result of that incident."

The Phoenix Civil Service Board agreed with Chief Williams, and Meyer was terminated.

“It’s unusual, it’s not unheard of,” Joy Bertrand, a civil rights attorney who has worked for police unions said.

Bertrand said while the Chief and board normally go with the discipline review board's recommendation it is not bound to follow it.

Meyer since sued the Civil Service Board and the City of Phoenix.

In the lawsuit, Meyer asks for his job back and back pay.

In his complaint officer Meyer claims the board "abused its discretion and/or acted arbitrarily, capriciously, and contrary to law in upholding dismissal against Officer Meyer."

The lawsuit continues "The Board’s consideration of racial bias on behalf of Officer Meyer was erroneous and without evidence" and claims the board disregarded the evidence.

"That’s not what the record shows. In fact, there are a whole bunch of other factors that the board considered that supported termination,” Bertrand said.

Bertrand is not affiliated with the case but agreed to look over court documents for 12 News.

Meyer pointed to comments made during the board hearing that seemed to indicate the use of race as a basis for the decision. In his complaint, officer Meyer attributes board member Bruce Meyerson saying:

"To the extent that the community has perceived the Department, apparently in this incident alone as to potentially having racial bias, I think as citizens here for the Board, I think we have to speak loudly against that when we see it, and that’s the basis of my motion or my vote."

In court filings, attorneys for the city of Phoenix claim that Meyer's complaint ignored the "contemptible" actions Meyer took during the traffic stop. Saying in part that the board's decision was supported by "just cause and ample evidence."

A judge ruled Monday that he would not overturn the board's decision, but offered to find out if racial bias was the determining factor in Meyer's termination.

Bertrand said Meyer could appeal this ruling, but it could be hard to have the termination reversed.

"The likelihood of success gets smaller with every step," Bertrand said. "Especially in this case where the court is saying the facts are there and this was definitely at the board's discretion."

12 News reached out to Meyer's attorneys for comment but received no response.

The City Of Phoenix offered this brief statement in an email “The City respects the process and will work with opposing counsel to provide the information requested by the Court.”