Jsaan Strover was being extradited on a warrant for murder out of Phoenix when investigators say he ran away from MCSO deputies in Atlanta. 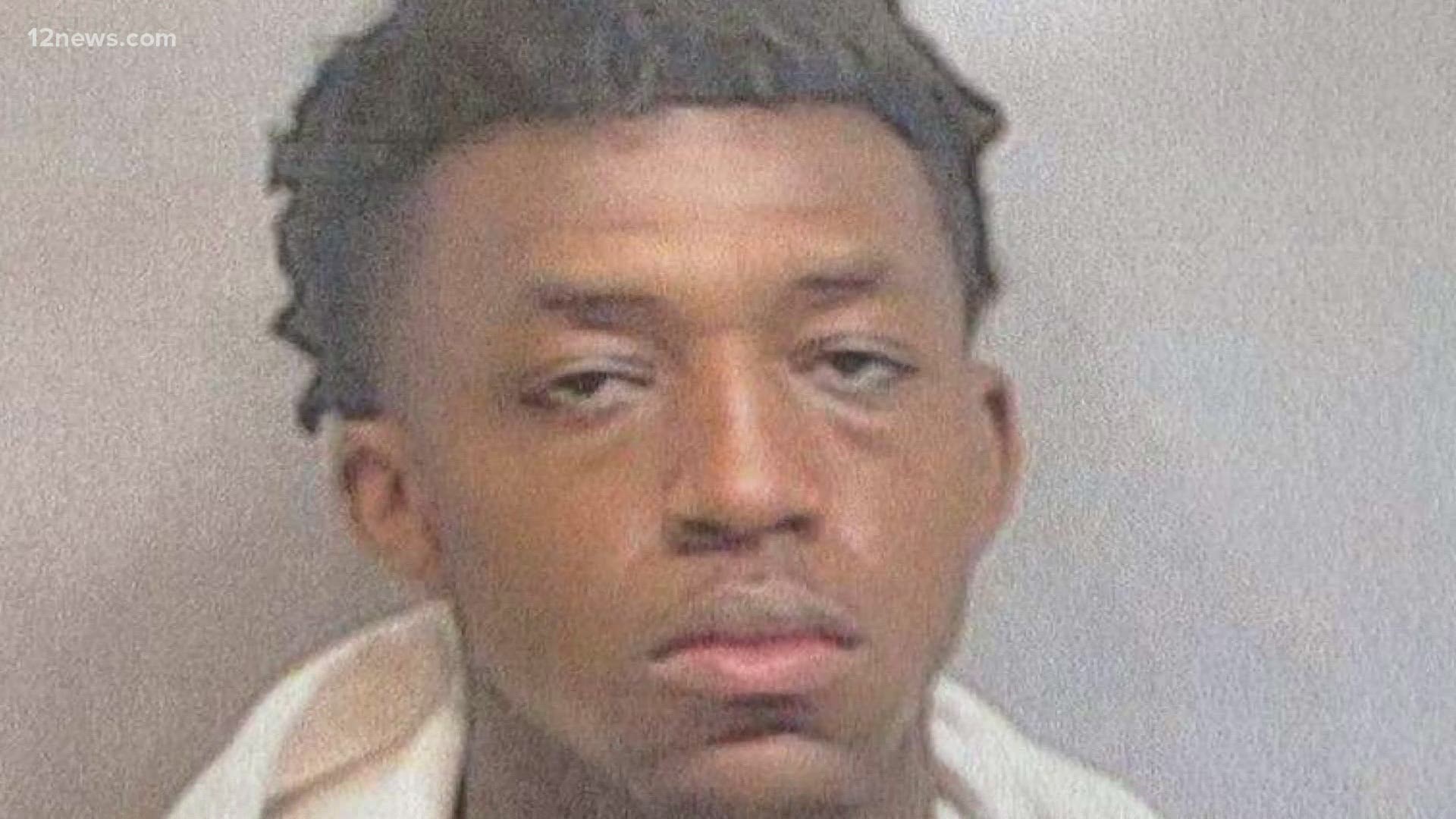 ATLANTA — A Phoenix murder suspect at the center of a massive manhunt in Georgia has been found and taken into custody on Thursday night.

Investigators in Georgia say Jsaan Strover, 20, escaped from the Atlanta airport on Thursday morning as Maricopa County Sheriff’s deputies were getting ready to extradite him back to Arizona on a warrant for murder.

Two MCSO deputies took off Strover's leg restraint when they moved him from the rental car center. Then, while Strover was still handcuffed with a waist chain, he bolted.

"He actually pushed past the Maricopa County deputies and escaped down the set of steps across this very street into the wood line," said a Georgia investigator at the scene.

The MCSO deputies alerted local authorities and a manhunt in the woods ensued. At least nine different agencies and search dogs were involved.

Wanted for murder in Arizona and on the run in Atlanta Jsaan Strover is back in custody. Being taken into custody right now by College Park PD. #11Alive pic.twitter.com/t5phxYEcdA

Strover was being extradited to Arizona from Georgia on a warrant for murder out of Phoenix.

Police say Strover is the suspect in a south Phoenix murder from February, accused of shooting and killing 32-year-old Walter Wood.

Wood’s family told 12 News' media partner 11Alive in Atlanta that they were stunned.

"For him to be able to escape and have the little bit of freedom he doesn’t deserve," said Wood's sister over the phone.  "I don’t even know what words to use."

Strover was originally arrested outside Atlanta during a routine stop earlier this month before investigators realized he was wanted in Arizona.

A report in the Ahwatukee Foothills News shows Strover stood out on the basketball court.

He transferred a lot, playing for different teams across the Valley, before ultimately graduating from Mountain Pointe in Ahwatukee in 2019.

Lamoreaux lived next door to the Strover family in Ahwatukee and says the family recently moved away.  She remembers Jsaan being quiet.

"It sounds very out of character, honestly. They were very quiet, nice, respectful, nice people."

MCSO said they’ll be doing an internal review to figure out how this could have happened.