The suspect was identified in court paperwork as 68-year-old James Lee Carr. The FBI identified him in a statement late Wednesday. 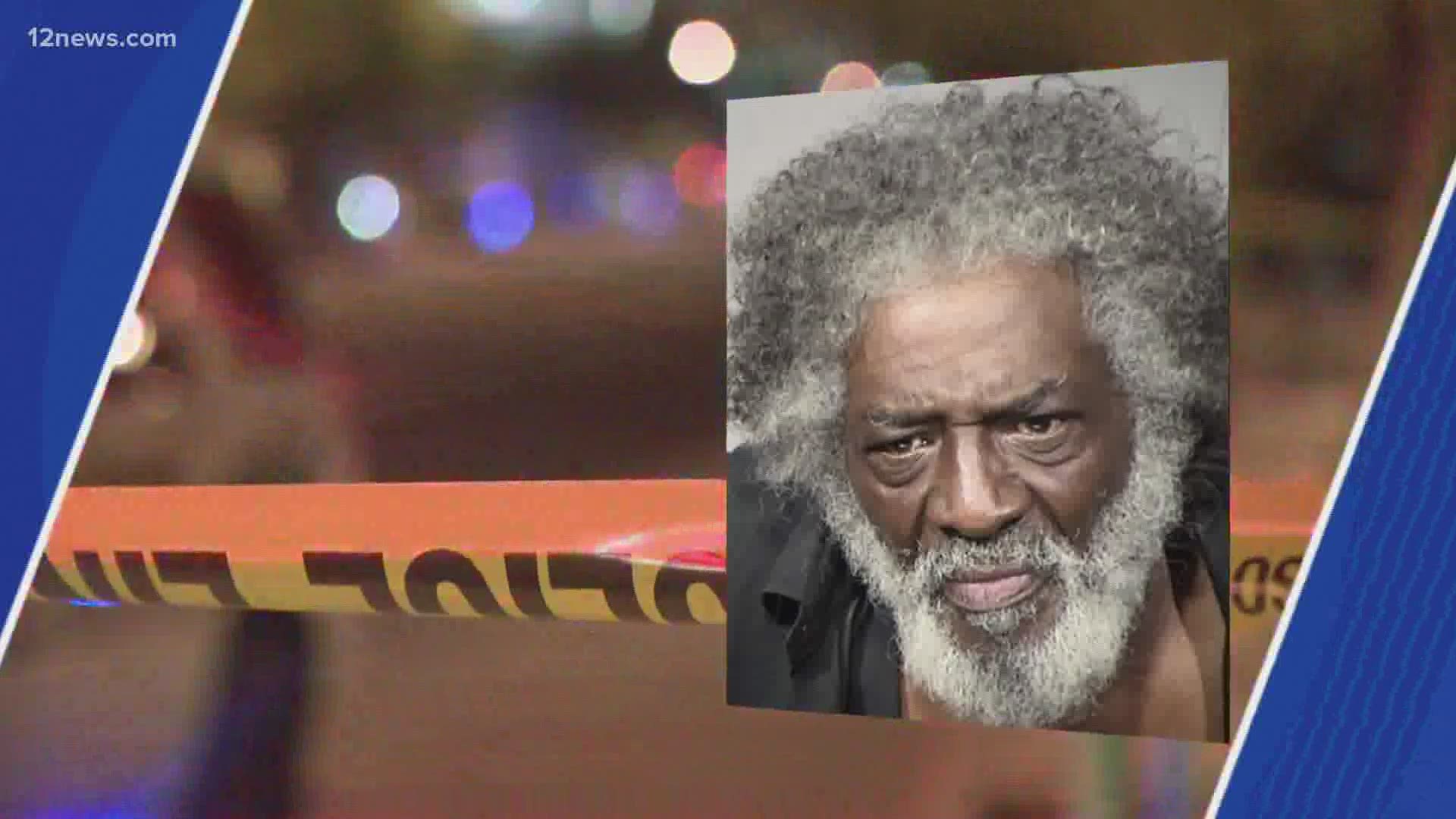 PHOENIX — A person is in custody after a security guard at a federal courthouse in downtown Phoenix was shot in the chest on Tuesday and taken to a local hospital.

The suspect was identified in court paperwork as 68-year-old James Lee Carr. The FBI identified him in a statement late Wednesday.

Carr is facing two counts of using a weapon to assault a federal court security officer and using a firearm in a crime of violence.

Authorities say the security guard, a retired Michigan State Trooper who served for over 25 years, was released from the hospital the same day and is recovering at home.

Team 12's Brahm Resnik confirmed that the guard did return fire after he was hit.

The officer said he heard someone say, "Hey," looked up and saw a man fire about three shots at him.

The officer was struck by at least one of the bullets. He then returned fire and shot about eight times as the sedan fled the scene, documents said.

A car matching the image of the car connected to the shooting was located in a downtown Phoenix neighborhood Tuesday afternoon.

Court documents stated that James Carr reportedly called his brother, Lonnie Carr, after the shooting admitting to the crime and said he was sitting in a park. After the phone call, Lonnie reportedly called James Carr's son and ex-wife, told them the news, and made them aware of his location.

All three of them then allegedly went to the park and meet James there, who was reportedly sitting on a park bench, next to a revolver and a rifle, wearing a full suit. They reportedly took the firearms and placed the firearms in the truck of their car, court documents said.

Later interviews with a neighbor of James Carr, identified as Barry Morris, let police know about Carr's state before the shooting.

“Something happened terribly wrong yesterday for him for him to do this,” said neighbor Debby Harrison.

Harrison said Carr would buy her dog food and watch out for her.

But on Tuesday, the FBI came to his door.

“I would’ve never imagined him to do this because when I found out I was like that’s not James that’s not the sweet James I know,” she said.

Carr reportedly repeatedly said he was "going home today" before he got dressed in a suit and walked to his car carrying a rifle and revolver, Morris reportedly told police.

Credit: Chris Latella
Police investigated a car that was believed to be connected to a shooting in downtown Phoenix.

BREAKING: Shooting outside 401 W. Washington, near the Federal Courthouse. Non-life threatening injuries. #PhxPD looking for vehicle shown in this picture. Any tips call 602-262-6151 or https://t.co/hF4eXJ45F8 pic.twitter.com/wfvu8u5drX

UPDATE US Marshal David Gonzales confirms to #12News that courthouse security guard was hit in his bulletproof vest & he will be OK. FBI now handling investigation of shooting of federal employee. Scene outside O’Connor Courthouse, across street from PHX police HQ. pic.twitter.com/CzggX2yt34

BREAKING: Police investigating a shooting outside of the Federal Courthouse at 401 West Washington. Police say 1 person is in the hospital with non-life threatening injuries. @12News #12News pic.twitter.com/fR4n48DM3f

Washington Street is currently closed from 7th Avenue to 4th Avenue and will likely remain closed throughout the afternoon. #phxtraffic https://t.co/x71CwueMSd