A 46-year-old woman was pronounced dead after officers found her inside a home. Their 13-year-old son died from his injuries on Friday. 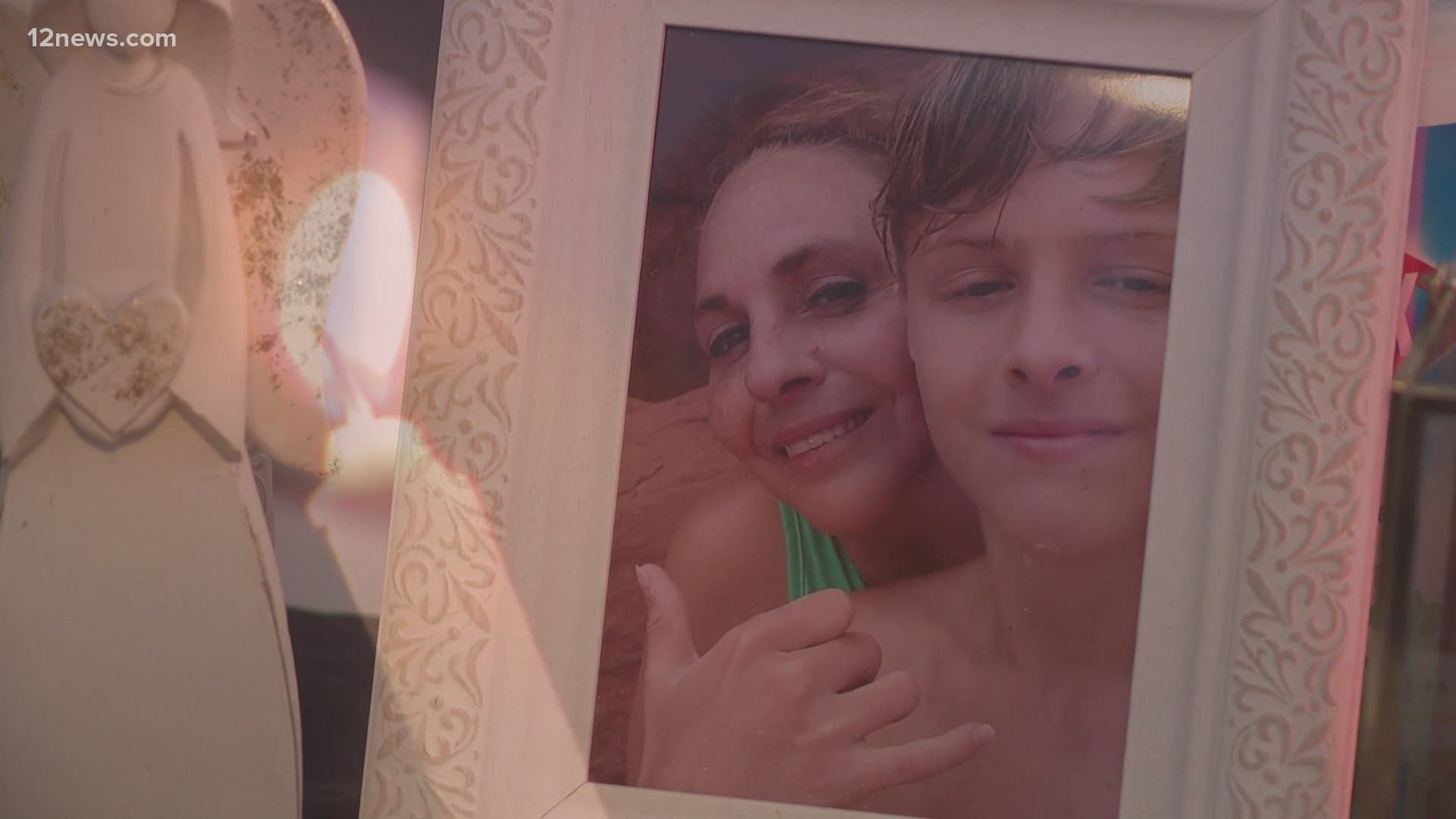 PHOENIX — A man is dead after he was shot by officers following what police called a domestic violence incident in Phoenix on Sunday night.

The Phoenix Police Department said the shooting occurred around 10 p.m. in a north Phoenix neighborhood.

Officers responded to a fight in the area after the caller told the 911 operator that the man, who was later identified as 53-year-old Paul Sarver, "went to a neighbor and asked to borrow a gun" to die by suicide, police said.

Neighbors said Sarver was suffering from mental issues over the last year, complaining of being in constant pain.

Neighbors said Sarver's 11-year-old daughter escaped to a neighbor's house, where 911 was called.

Other 911 calls that were believed to be from Sarver himself "asked 911 to send police while being evasive about what was occurring," police said.

Two officers arrived on scene and confronted Sarver, who emerged from behind a parked car in the driveway of his home and began walking toward officers, police said.

Police said Sarver said he had a gun and pointed what officers believed to be a gun at one of the officers. Both officers shot Sarver, who was pronounced dead on the scene.

A black hard-shell eyeglasses case was used as the simulated weapon, police said. It was found next to Sarver.

More officers arrived on scene and entered the home, finding a 46-year-old woman, later identified as Shannon Hursh, and a 13-year-old boy, both with obvious signs of trauma, police said.

Neighbors said the man beat his son and the child's mother with a baseball bat. Police said investigators determined that the trauma to both the woman and the boy was caused by blunt force.

Both victims were taken to a local hospital in extremely critical condition.

Hursh was later pronounced dead at the hospital. The boy died from his injuries on Friday, police said.

Detectives found that the man and woman were in a "domestic relationship" and that the two children were theirs.

Police were on the scene overnight investigating.

Sky 12 was on the scene as police continued to investigate.

Phoenix police are investigating an officer involved shooting in N. Phx. Phx PD says a male suspect is dead, after being shot by police last night.

Police say it started as a domestic violence call. Police also found a woman and a boy in critical condition. More on #12News pic.twitter.com/h3HaxjyYHv