The child was found safe and the AMBER Alert has been canceled. 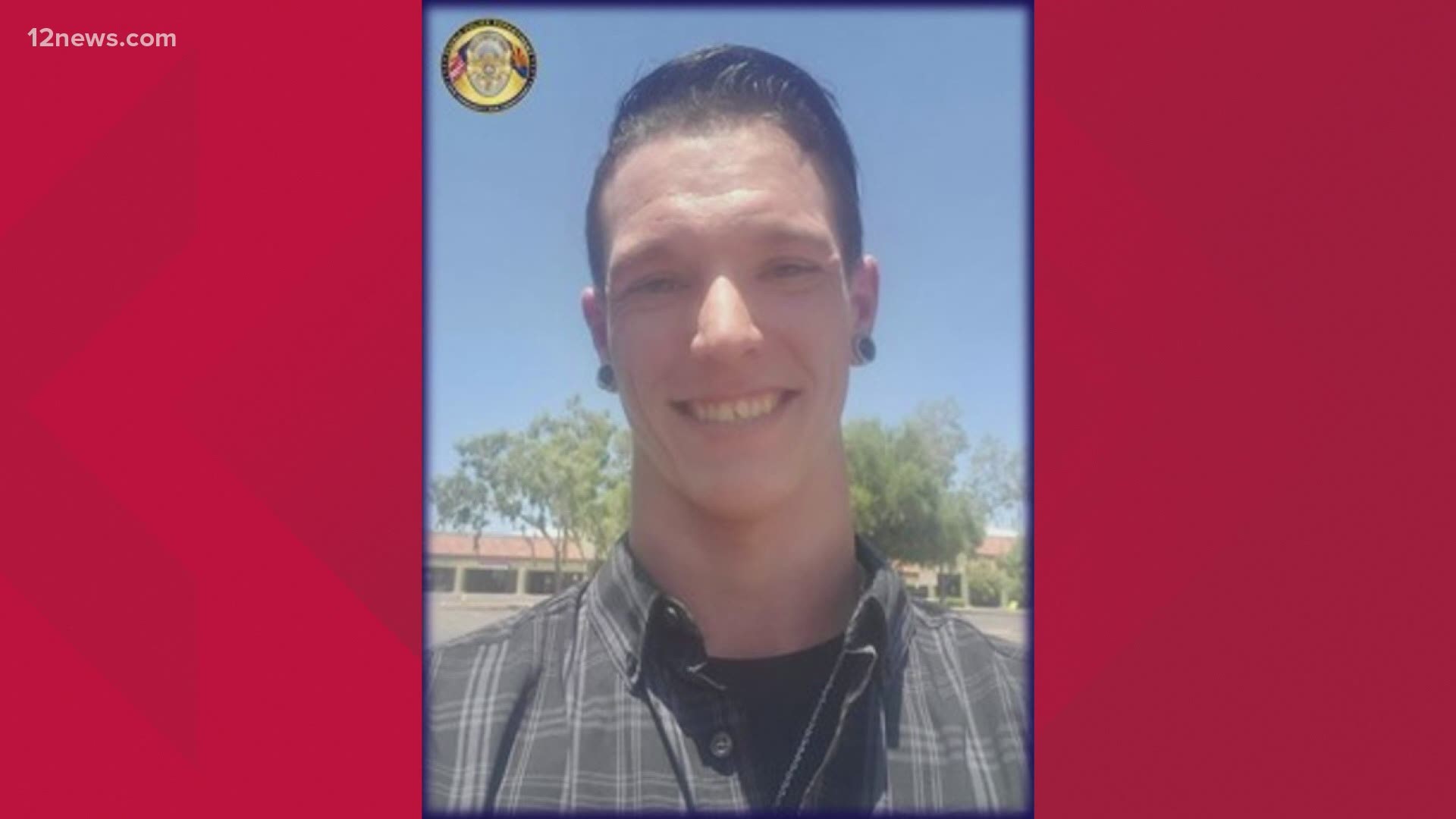 PEORIA, Ariz. — An abducted 10-month-old boy was found safe in Phoenix Wednesday but his mother died from injuries suffered when the boy's father allegedly threw her from her minivan and drove off with their son inside.

The boy was found abandoned near 21st Drive and Mountain View Road in Phoenix around 1 a.m. Wednesday. The alert was sparked around midnight.

He was found to be in good health when the Phoenix Fire Department responded to the scene after someone reported an abandoned baby.

Here is the moment as Phoenix PD transferred the suspect into Peoria PD #12News https://t.co/z8hkMGJRMq pic.twitter.com/5em72oBum1

The boy's father, 30-year-old Eric Maes, was arrested around 4 p.m. Wednesday near 23rd Avenue and Thunderbird Road. Police found Maes hiding out in a wash.

The alert was issued after police received calls of a domestic violence incident near 91st Avenue and Deer Valley Road in Peoria around 6:30 p.m. Tuesday.

Police said Maes arrived at a home in the area as 30-year-old Brittany Martie, the boy's mother, was loading the 10-month-old into her vehicle.

Maes jumped into the driver’s seat of her car and started driving away with the baby still in the vehicle, police said.

When officers arrived on scene, they found Martie with life-threatening injuries after being thrown off the vehicle. She was taken to a local hospital, where she died from her injuries.

The car was later found abandoned on Cactus Road.

UPDATE: AMBER Alert Cancelled - Child Located Safe
Abel Maes was located and is safe.
Eric Maes is still outstanding & is considered dangerous. Anyone who sees Eric or has information regarding his location is encouraged to contact the @PeoriaPoliceAZ https://t.co/XMBgFeJO4r pic.twitter.com/lowMy3BfpY

The suspect, Eric Maes, is still outstanding. Anyone who sees Eric or has information about his location, please call @PeoriaPoliceAZ. https://t.co/7lOGIIRiFc