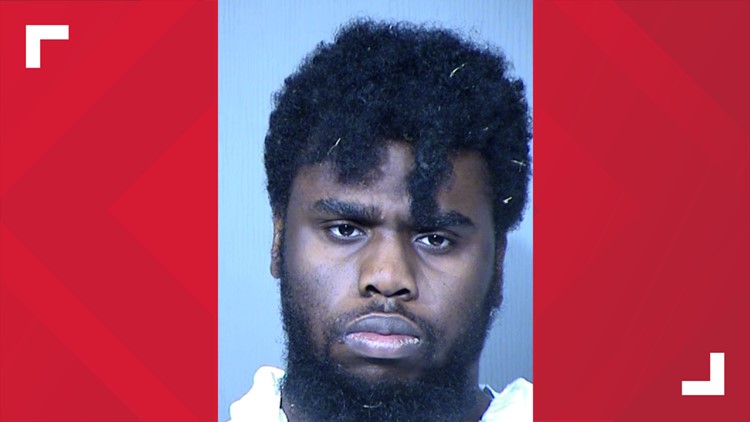 PEORIA, Ariz. — Police have arrested a man they say sexually assaulted a woman in her home near 97th Drive and Olive Avenue in Peoria on Wednesday morning.

Police said the woman was in her home when she heard a knock at her front door.

When she opened it, a man told her he would walk her dogs for her. The woman told the man she did not have any dogs, and he said he could babysit too, police said.

That's when he stepped into the home, grabbed the woman and sexually assaulted her, according to police.

Police said the woman screamed for help and another relative came from another room.

The suspect then left the house and started walking south. The relative got photos of the suspect as he walked away from the scene.

Police checked the area on foot with the help of a K9 unit and a drone, but they could not find the man.

Eniefiok Akpanikat, 22, was arrested at his home in connection with the crime after detectives worked throughout the day to develop leads and follow up on tips.

Police said Akpanikat was taken into custody without incident and taken to the Fourth Avenue Jail. He is facing one count of kidnapping, one count of second-degree burglary, two counts of sexual abuse and one count of aggravated assault.