The man was approached by the police officer for not having a matching license plate on his car when a physical confrontation happened, police said. 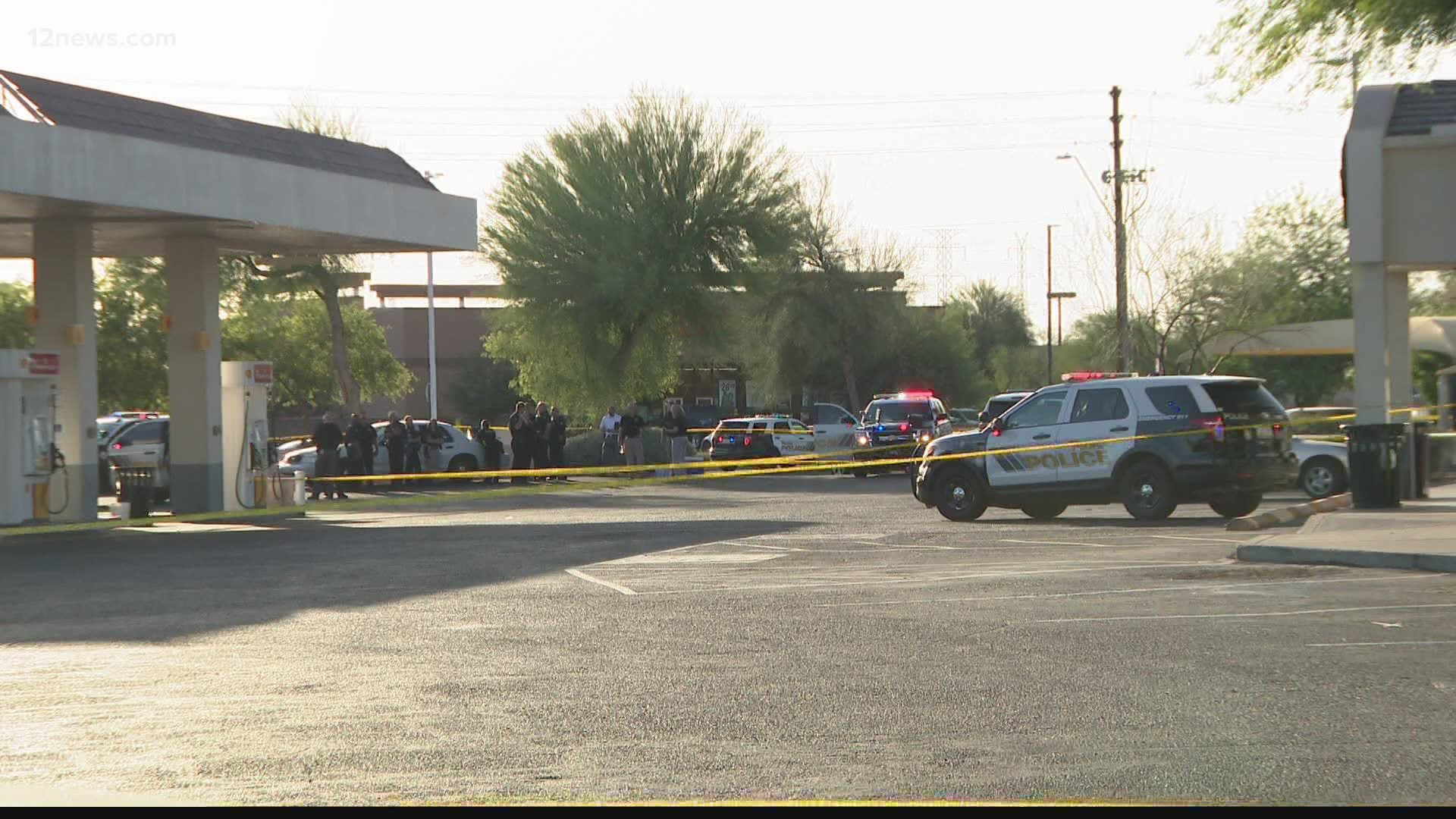 PEORIA, Ariz. — A man was shot and killed by a Peoria police officer after being stopped for his vehicle displaying a license plate that did not match the vehicle it was on, the Peoria Police Department said.

The officer shot the man, identified as 32-year-old Garrett Sheppard, after they got into a physical altercation, police said. The shooting happened at a gas station near 91st and Northern avenues around 4:15 p.m.

The officer reportedly told the department he saw the man reach for a handgun. The officer then shot "at least one round" in the man's torso.

The man was later pronounced dead at the scene by Peoria Fire and Medical.

Police initially only identified the man as a 32-year-old white man. A handgun was found by detectives on the body of the man, the department said.

The officer has been with the department for nearly three years and has been placed on administrative leave during the investigation into the incident. The officer was wearing his body-worn camera and did have it activated during this incident.

The officer suffered injuries to his legs during the incident but is expected to recover.

@PeoriaPoliceAZ is on the scene of an officer involved shooting at N 91st Ave & W Northern Ave. Media stage at the Chase bank on northwest corner