The shooting happened near 75th Avenue and Indian School Road, according to police. 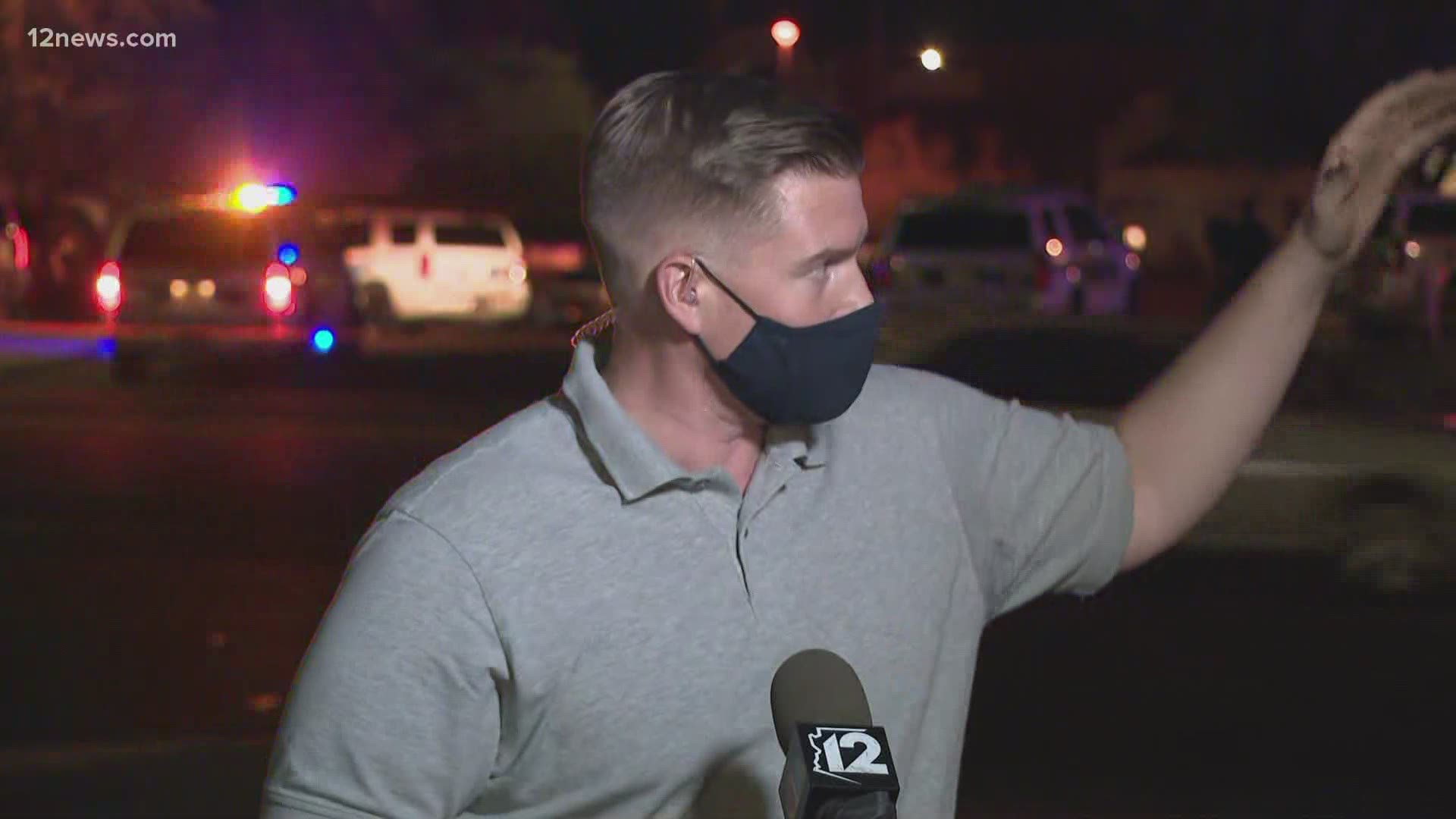 PHOENIX — Police shot a suspect in the area of 75th Avenue and Indian School Road on Saturday night in Phoenix.

Officers responded to the area for an armed robbery around 8 p.m., police said. The adult man was armed with a handgun and attempted multiple armed robberies of citizens in the area.

The suspect ran into a nearby restaurant with people inside as officers began to give commands for him to drop the weapon, police said. Officers followed the man inside and shot him when he pointed the gun at one of the officers.

The suspect was taken to the hospital where he died, police said.

Neither the identity of the suspect nor the officer who fired their gun have been released to the public. An investigation is ongoing.