Officer Nathan Chisler was fired by the Mesa Police Department but charges have been dismissed by the Maricopa County Attorney's Office. 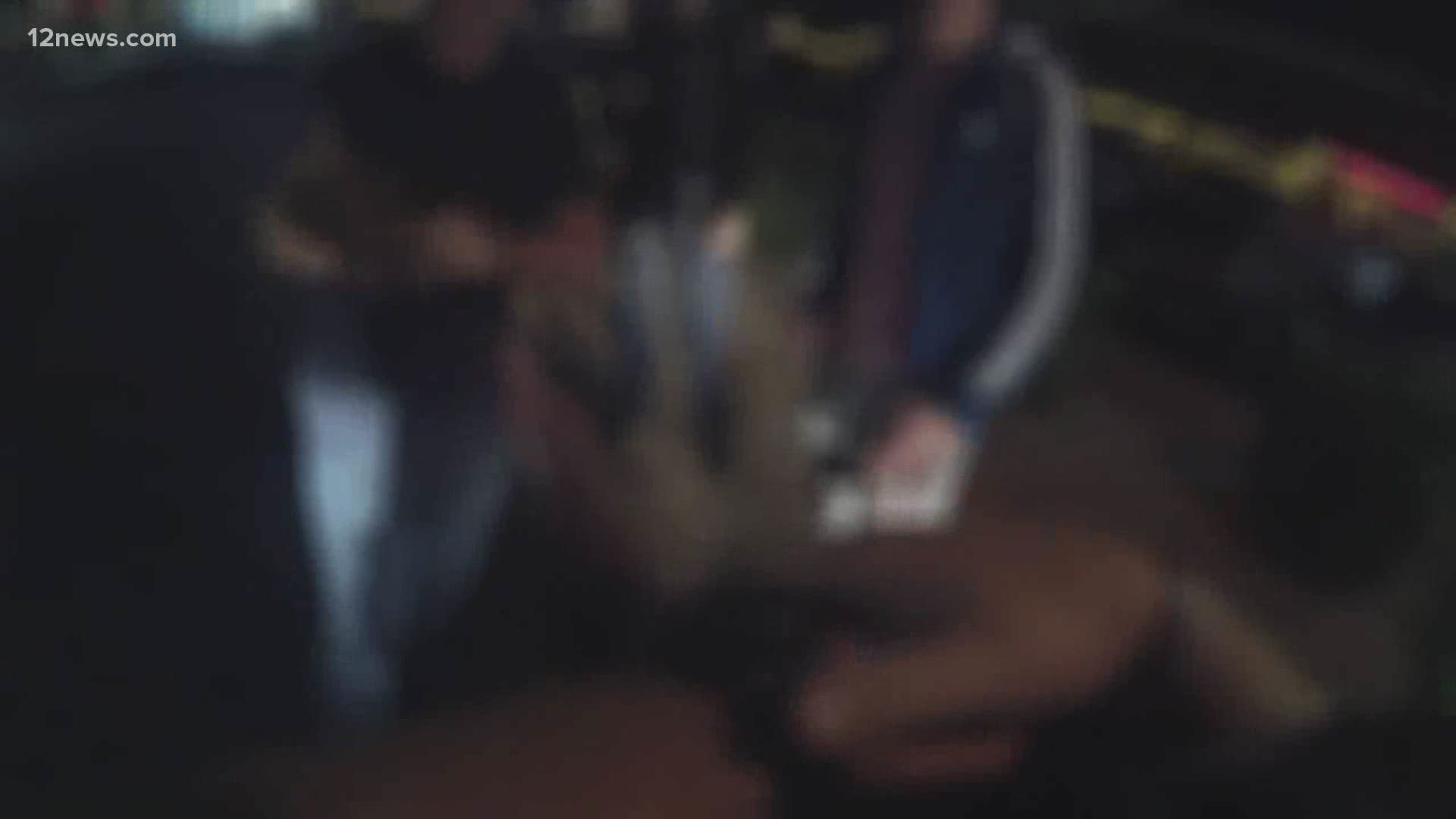 MESA, Ariz. — Body camera video released Wednesday by the Mesa Police Department shows the moments before and after an officer shot a suspect in December of 2019.

Officer Nathan Chisler has since been fired by the Mesa PD and charged criminally by the Maricopa County Attorney’s Office.

Chisler was facing a charge of aggravated assault for shooting Randy Sewell on Dec. 6, 2019, outside of Ojos Locos Sports Cantina on Alma School Road. The charge was dismissed by the Maricopa County Attorney's Office on Dec. 11, 2020.

The manager of Ojos Locos called police when he claimed three men were drunk and disorderly and refused to leave the restaurant. The body camera video shows the men outside of the restaurant telling police they will leave as soon as their ride arrives.

Eventually, two of the three men are handcuffed, and the third, Sewell, attempts to leave. A struggle ensues. Sewell is over six feet tall and weighs over 300 pounds, and the video shows three to four officers struggling to subdue him. Another officer fires his taser, but the stun gun has no effect.

That’s when Chisler arrives. Video shows him removing his gun from its holster and pointing it at the lower torso/buttocks region of the struggling Sewell. He fires a single shot, and Sewell goes down not long after.

Following the incident, Mesa PD put Chisler on administrative duty, pending an investigation. It finished that investigation in late June and decided to terminate Chisler. Chisler has ten days to appeal his firing.

The Mesa Police Association did not respond to an interview request. Napier, Abdo, Coury, & Baillie, PC is the law firm listed as representing MPA members, and a paralegal who answered the phone there was not able to disclose if the firm represented Chisler.

In paperwork released along with the video, Chisler says in a police interview after the shooting that he believed Sewell may have been armed and that it looked like his fellow officers had “zero control” over the larger man.

The Mesa Police Association released a statement following the dismissal of charges on Dec. 11, 2020 saying:

"Today’s dismissal of charges against Officer Chisler was predictable and appropriate. In fact, when the Maricopa County Attorney’s Office filed criminal charges in June against our officer, the Mesa Police Association voiced its disagreement both privately and publicly. We believed from the onset that due process was circumvented. Today, the trial judge dismissed the case due to a lack of probable cause. This is the right conclusion. We hope that going forward, the Maricopa County Attorney’s Office will respect due process – particularly one that is free from political influence."