The law was passed after the death of officer Clayton Townsend in 2019. 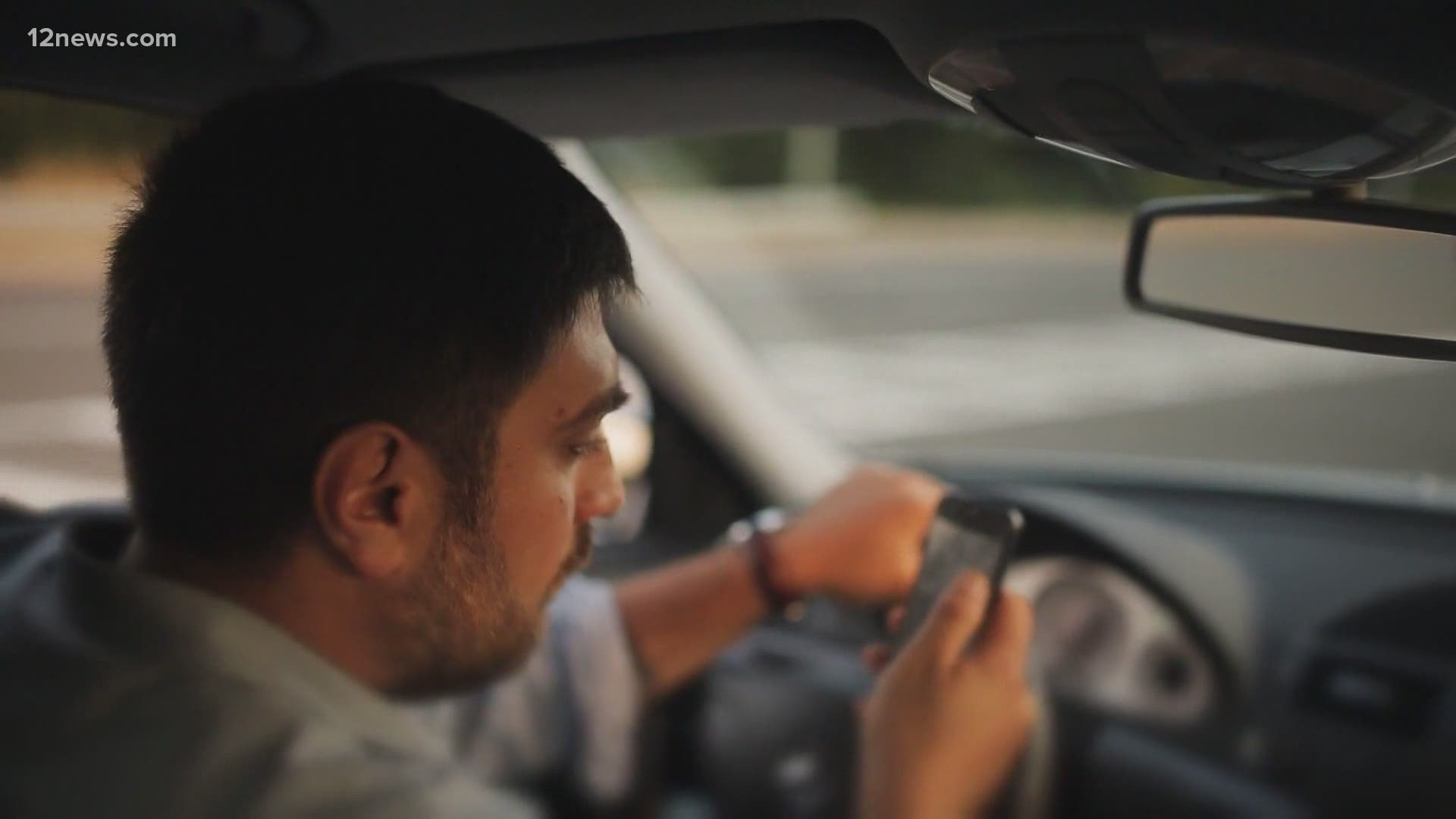 PHOENIX — It's been 52 days since Arizona's hands-free law has been in full effect, and already law enforcement has issued more than 2,100 citations.

The law passed after the death of Officer Clayton Townsend on January 8, 2019.

Townsend was conducting a traffic stop on the 101 when he was hit by a car driven by Jerry Sanstead. In recordings released to 12 News, Sanstead can be heard admitting to police he was using his phone before the crash. Sanstead has since been charged with manslaughter.

“There is pre-January 8 and there is post-January 8th," Toni Townsend, Clayton's mother said.

After her son's death, the family and others pushed for a hands-free bill to cut down on distracted driving. Gov. Doug Ducey would sign the bill that spring.

There have been at least 2102 citations since the law went fully into effect at the beginning of the year.

The Department of Public Safety said its officers have cited 1637 people.

Phoenix Police said it has cited 444.

Mesa Police said it has cited 21

12 News reached out to other valley agencies, but numbers were not immediately available.

“There is not a doubt in my mind whether it was a DPS officer or a police officer, that a life was saved,” Toni said.

Townsend said there is still more work to do. She believes the fines are too low and more education is needed to prevent people from texting and driving.