Alejandro Martinez died of his injuries after the shooting took place at Desert Sky Mall near 75th Avenue and Thomas Road on Sunday. 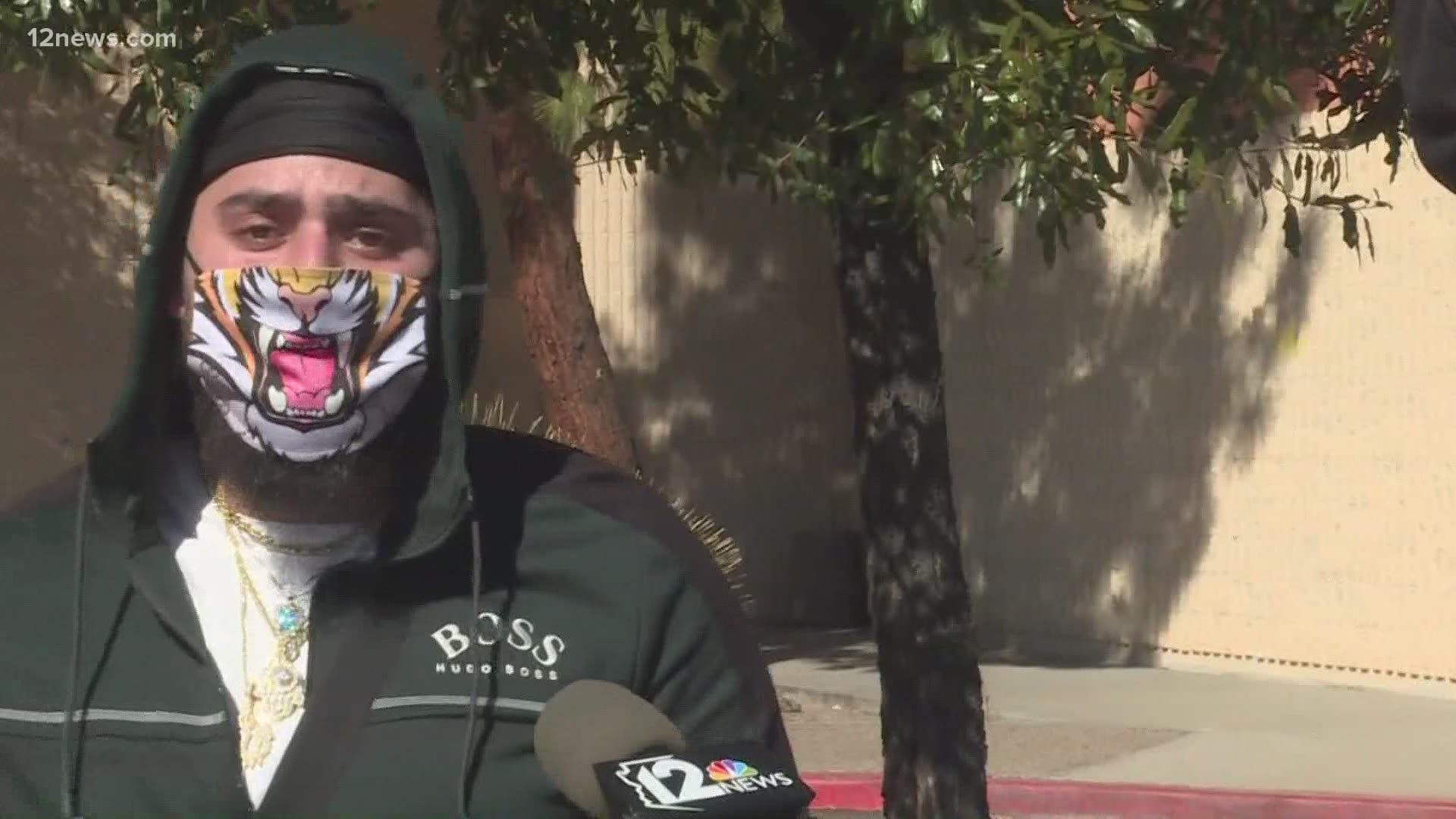 A 17-year-old boy died and a 20-year-old man was injured after an argument at a west Phoenix mall escalated to a shooting on Sunday.

The Phoenix Police Department said Alejandro Martinez died of his injuries after the shooting took place at Desert Sky Mall near 75th Avenue and Thomas Road around 12:30 p.m.

The 20-year-old man was not immediately identified but police said he was expected to survive his injuries.

Officers responded to a shots fired call inside a business in the area around 12:40 p.m. and found the two victims inside the shopping center with gunshot wounds.

They were both taken to local hospitals, where Martinez was pronounced dead. The other man had serious injuries but is expected to survive, police said.

Police said the two victims went to the mall and were in an argument over merchandise with an employee at a kiosk.

Police said the employee at the kiosk is cooperating with investigators and have not identified them at this time. No arrests have been made.

Detectives are still working to determine exactly what happened.

Anyone with information is urged to call the Phoenix Police Department, Violent Crimes Bureau at 602-262-6141.

If you prefer to remain anonymous, call silent witness at 480-WITNESS or 480-TESTIGO for Spanish.

This marks at the third shooting in the last 15 months at Desert Sky Mall. The mall does have signs prohibiting weapons.

Police are giving an update at the Desert Sky Mall shooting.
The PIO says one person has died. Police are still in the beginning stages of investigation.#12News https://t.co/5A6RMz2Vbk