Lori Vallow, mom of missing children with Arizona ties, arrested after failing to bring them to authorities

Joshua “JJ” Vallow and Tylee Ryan have not been seen since September. Authorities believe their mother has something to do with their disappearance. 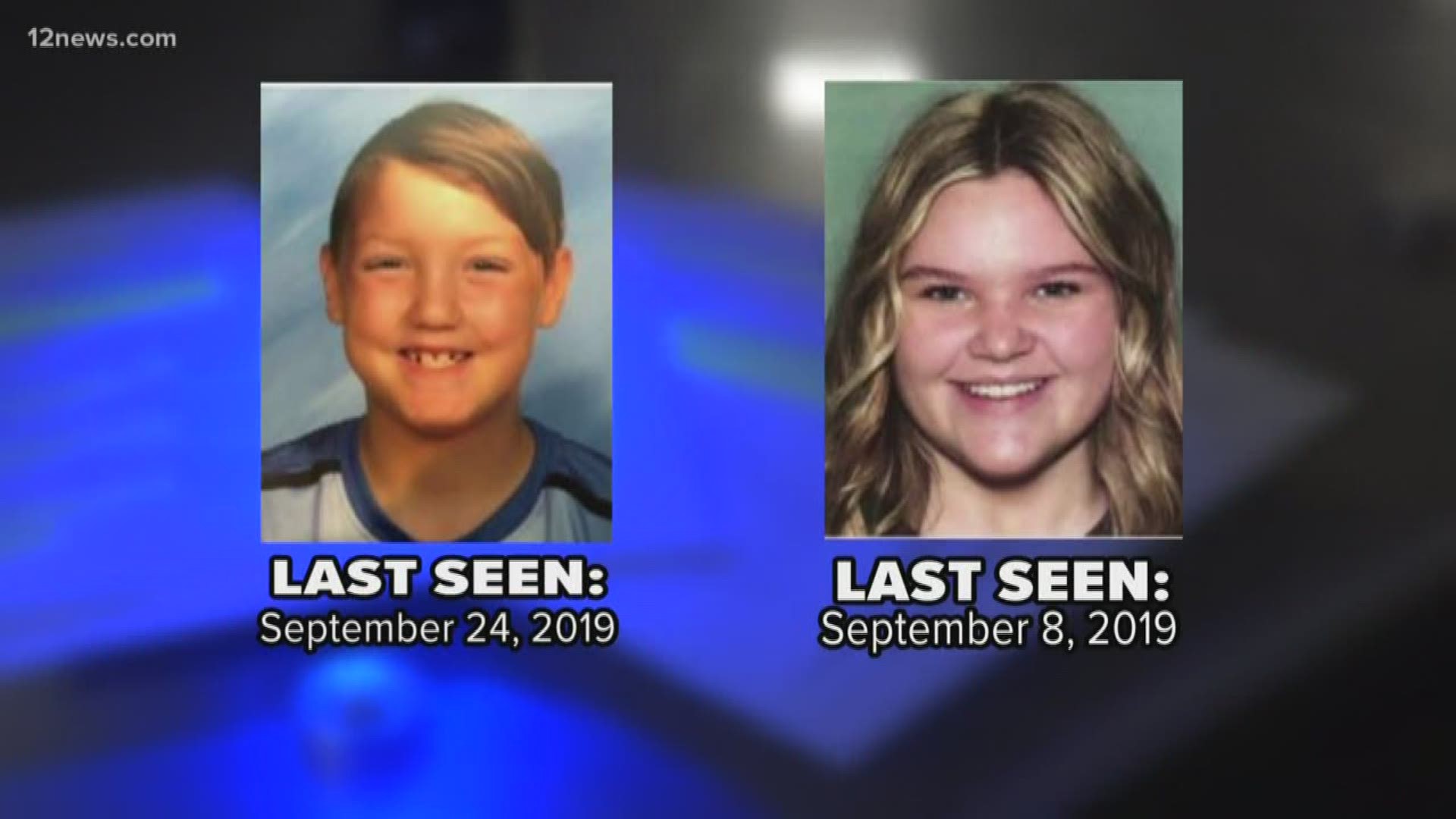 KAUAI, Hawaii — Authorities have arrested Lori Vallow in connection with the disappearance of two children who went missing soon after they moved from Arizona.

Seven-year-old Joshua “JJ” Vallow and 17-year-old Tylee Ryan have been missing since September.

Kauai police said they arrested the children's mother, Lori Vallow, on a warrant issued from Idaho, and she is currently being held on a $5 million bail. Vallow was arrested on Thursday.

Vallow faces charges of two felony counts of desertion and nonsupport of dependent children. She is also accused of resisting and obstructing an officer, solicitation of a crime and contempt of court.

Prosecutors say the maximum sentence of each count of desertion of a child is 14 years in prison.

"We are elated and couldn't be happier," JJ's grandmother, Kay Woodcock, said of the arrest.

Vallow and Daybell were named persons of interest in their disappearance in December. In January, they were found at the Kauai Beach Resort in Hawaii and were ordered to physically present JJ and Tylee to Idaho authorities.

But that deadline came and went without any sign of the kids.

JJ and Tylee had been missing since September 2019 – but the bizarre circumstances surrounding their disappearance stretch back much further.

Ties to a doomsday cult

Divorce documents shed a troubling light on the final months of marriage between Lori and Charles Vallow.

According to the documents filed in February 2019, Charles claimed Lori called herself "God" and said she was assigned to help with "Christ's second coming" and that if Charles got in the way "of her mission she would murder him."

Charles claimed that Lori had recently become infatuated and "at times obsessive" about near-death experiences and spiritual visions.

The documents show Charles filed for sole custody of JJ, saying he questioned whether Lori was “mentally stable enough to make decisions for herself and the child.”

Around that time, Charles told JJ’s school, Laurens Institute for Education (L.I.F.E.) in Gilbert that Lori “had lost it.” He said she started talking about hearing religious voices and then disappeared.

Around June 2019, Lori contacted the school again to share that she and Charles were back in Arizona with JJ, and the boy was enrolled in L.I.F.E.’s summer program.

Charles Vallow was found shot in Lori’s home in Chandler in July 2019.  Lori Vallow’s brother, Alex Cox, said he shot Charles in self-defense during an argument.

Cox and Lori told police Charles hit Cox with a baseball bat before Cox shot him to death.

But police records show Lori’s and Cox’s stories differed on the details – namely, when Charles hit Cox with the bat, when Cox got his gun and when Cox shot Charles.

RELATED: Lori Vallow throws a pool party hours after her estranged husband was killed by her brother

Cox himself would later be found dead in his Gilbert home under unknown circumstances on Dec. 12. The Medical County Examiner is still investigating his cause of death. 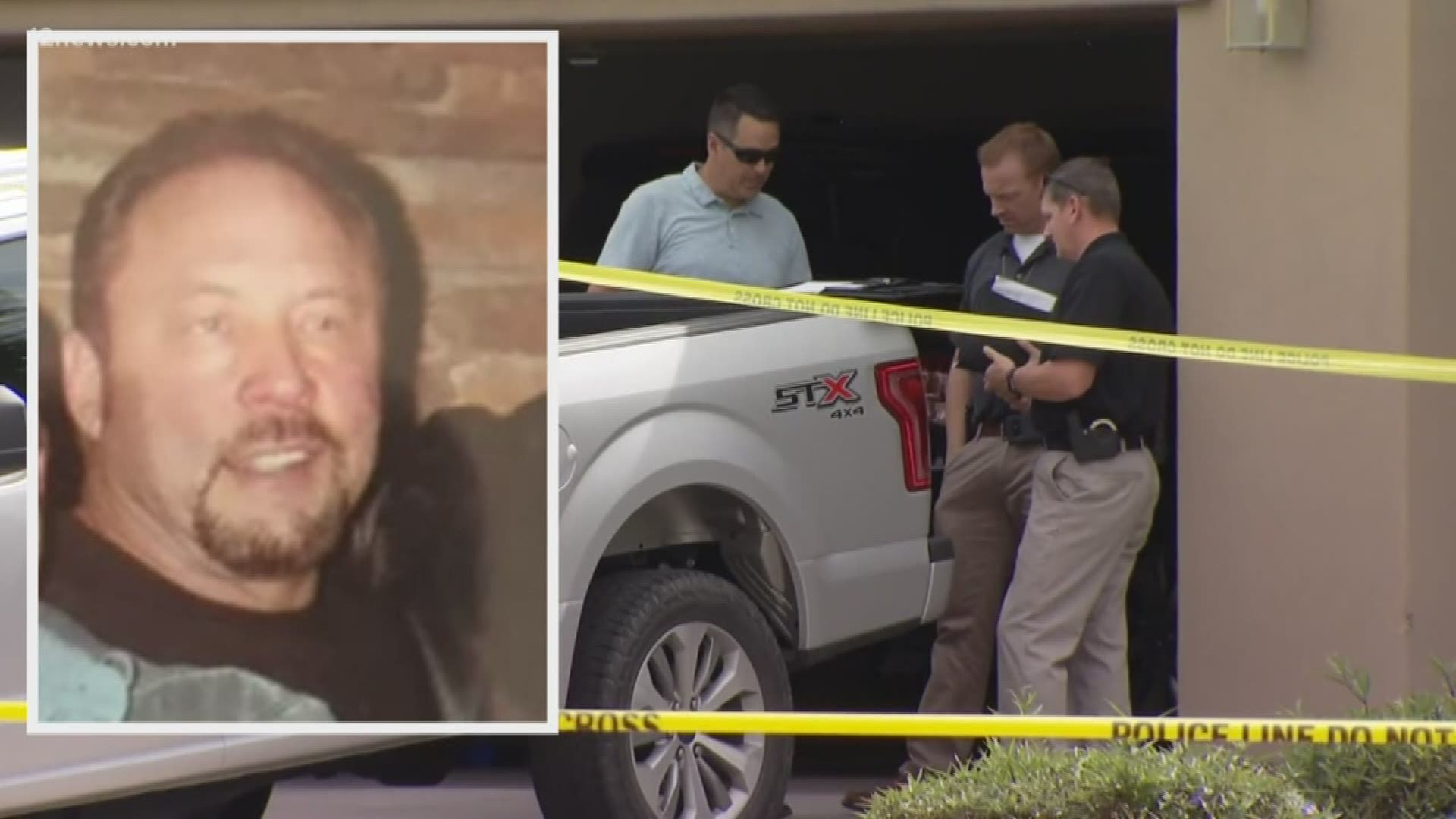 At first, her death was attributed to natural causes. But a month later, police called her death suspicious and exhumed her body.

That investigation is pending.

JJ’s school in Arizona, L.I.F.E., said in a statement that Lori Vallow told school officials in July that Charles had killed himself and that JJ didn’t know.

School employees found that strange, and after finding out how Charles really died, they made a report to the Arizona Department of Child Services to make sure JJ was safe.

Shortly before Lori pulled JJ out of school on Sept. 5, he told his teacher, “My dad is not in heaven! My dad is not dead.”

Lori told the school she was unenrolling JJ because she got a promotion in California and needed to leave immediately. But she and the kids had actually moved to be with Chad Daybell in Idaho.

L.I.F.E. said Lori continued to log into the app the school uses for parents and teachers to communicate even after her son’s disappearance.

RELATED: Mother of missing children may have monitored son's class after he disappeared

As police looked into the death of Tammy Daybell, they realized JJ and Tylee were unaccounted for. They were last seen in Idaho on Sept. 23, but authorities were not aware they were missing until the next month.

On Nov. 26, during a welfare check on the children, Lori told police JJ was in Gilbert. However, police in Gilbert went to the address where JJ was supposed to be and didn’t find him.

The next day, police returned with a search warrant, only to find Lori and Chad had packed up and disappeared.

RELATED: Parents of children missing since September named persons of interest in disappearance

Someone shoots at another family member

Shortly after the children’s disappearance, the husband of Lori’s niece, Melani Bordreaux, was shot at in front of his Gilbert home.

According to court paperwork, Brandon Bordreaux said that Melani, like Lori, started acting strangely, asked for a divorce out of nowhere and moved out to Idaho.

The police report said soon after this, somebody drove by Brandon’s house and shot at him as he came home from the gym, missing his head by inches. He is OK, however.

The grandparents of one of the missing kids, JJ, sought guardianship of the boy shortly after Lori ignored a court order to bring her children to authorities in Idaho.

Kay and Larry Woodcock appeared in a closed courtroom on Feb. 12 to file the guardianship case.

The hearing lasted more than two hours, during which they learned updates about the investigation. The case remains sealed to the public.