Two hours after Lori Vallow, mother of two missing Rexburg kids, made her first appearance in Kauai court, officials there spoke of their involvement in the case. 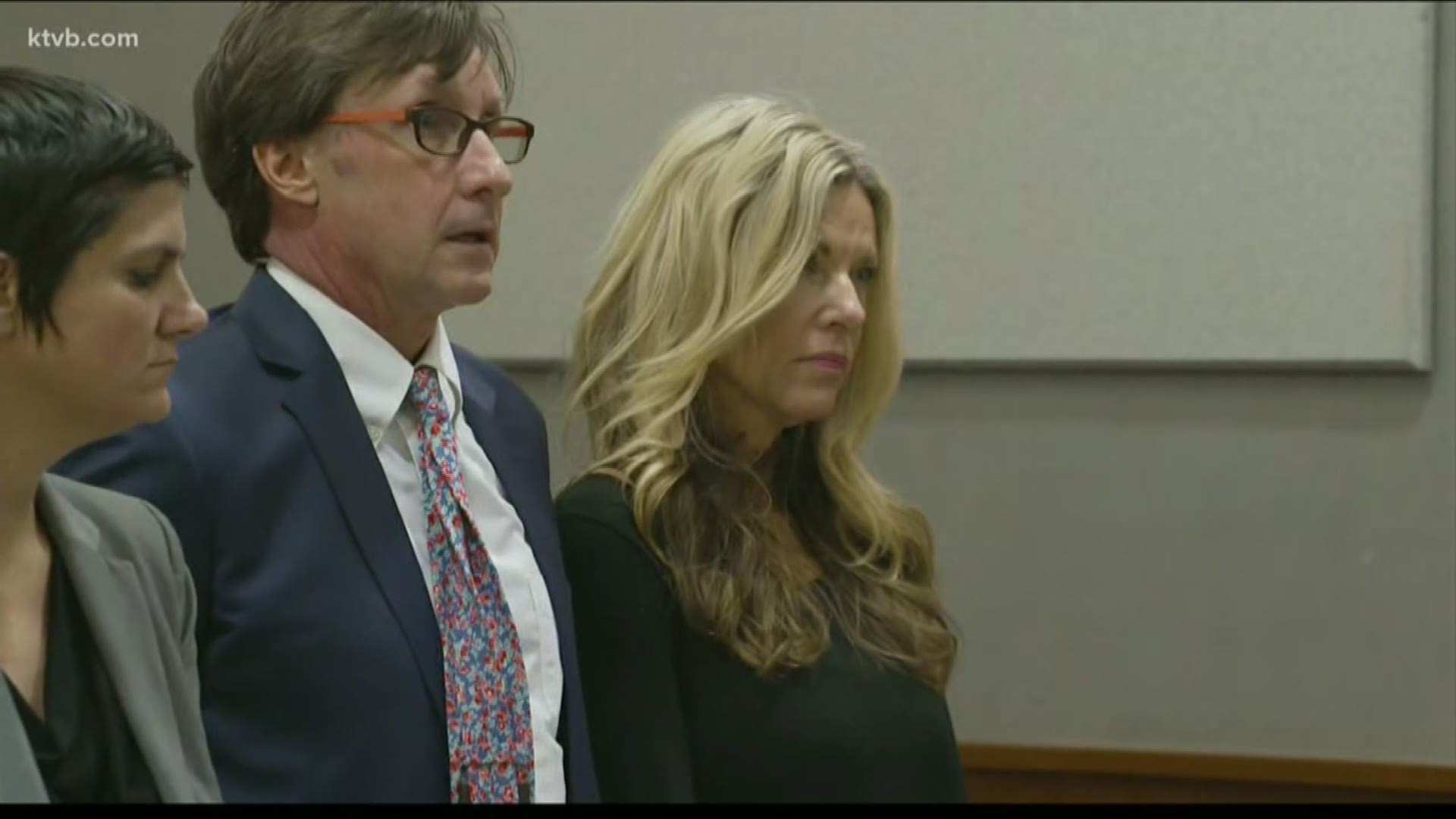 BOISE, Idaho — Lori Vallow, the mother of two missing Rexburg children, was arrested on Thursday and appeared in court for the first time on Friday afternoon.

Lori Vallow was arrested on two felony counts of desertion and nonsupport of dependent children. She was also charged with misdemeanor charges of resisting or obstructing officers, criminal solicitation to commit a crime, and contempt of court.

During her court appearance on Friday afternoon, Lori Vallow's defense team tried to get her bail lowered from $5 million to $10,000, which the judge rejected.

“I was certainly pleased she did not grant the defense’s request,” said Kauai Prosecuting Attorney Justin Kollar after the hearing.

If Lori Vallow does post bail, she will have to stay on the island of Kauai and turn over her passport to Kauai police if she does get one.

During the hearing, her lawyer claimed her entire arrest was done to put on a show.

“It seems like maybe it was a ‘made-for-media’ event at taxpayer expense,” he told the judge.

Vallow waived her right to extradition and requested a hearing on the matter.

According to Kollar, in that hearing, all she can contest is her identification - that she is actually the person listed on the arrest warrant - and the legality of the arrest.

Once those two things are confirmed and an extradition warrant is sent by the Idaho Governor's Office to Hawaii's governor, Vallow will be released into the custody of Idaho authorities.

“Under the statute, we have 30 days, with a possible 60-day extension, so we have up to 90 days to secure the governor’s warrant and have that served," Kollar explained. "We do not hope, or expect, it will take that long.”

Vallow's husband, Chad Daybell, has not been arrested.

Kauai Police Chief Todd Raybuck said there are currently no charges against Daybell in either Idaho or Hawaii.

Raybuck also thanked the Rexburg Police Department for its continued work on the case.

“They’ve been working tirelessly to locate Tylee and JJ," he said. "And I know in today’s modern world, that we expect police work to solve everything in 48 hours. Unfortunately, that’s not the case, especially in a case that has this many challenges as part of it.”

As for JJ and Tylee, Raybuck said there has been no sign of them in Kauai and he doesn't believe there is any connection to them on the island.

This is the latest development in a months-long saga surrounding the disappearance of 7-year-old Joshua "JJ" Vallow and 17-year-old Tylee Ryan, who have not been seen since September 2019.

According to the probable cause affidavit, Tylee was last seen during a trip to Yellowstone on Sept. 8 and JJ was seen playing with a neighbor boy on a neighbor's doorbell camera in the first weeks of September.

On September 24, Lori Vallow contacted JJ's school and told administrators that he will no longer be attending the school. Since then, no one has seen either Tylee or JJ.

Lori Vallow's next court appearance will be on March 2 at 9:00 a.m. local time for the extradition hearing.