Authorities in Milwaukee arrested 21-year-old Kyle Vlosich for allegedly exposing himself to several underage girls here in the Valley. 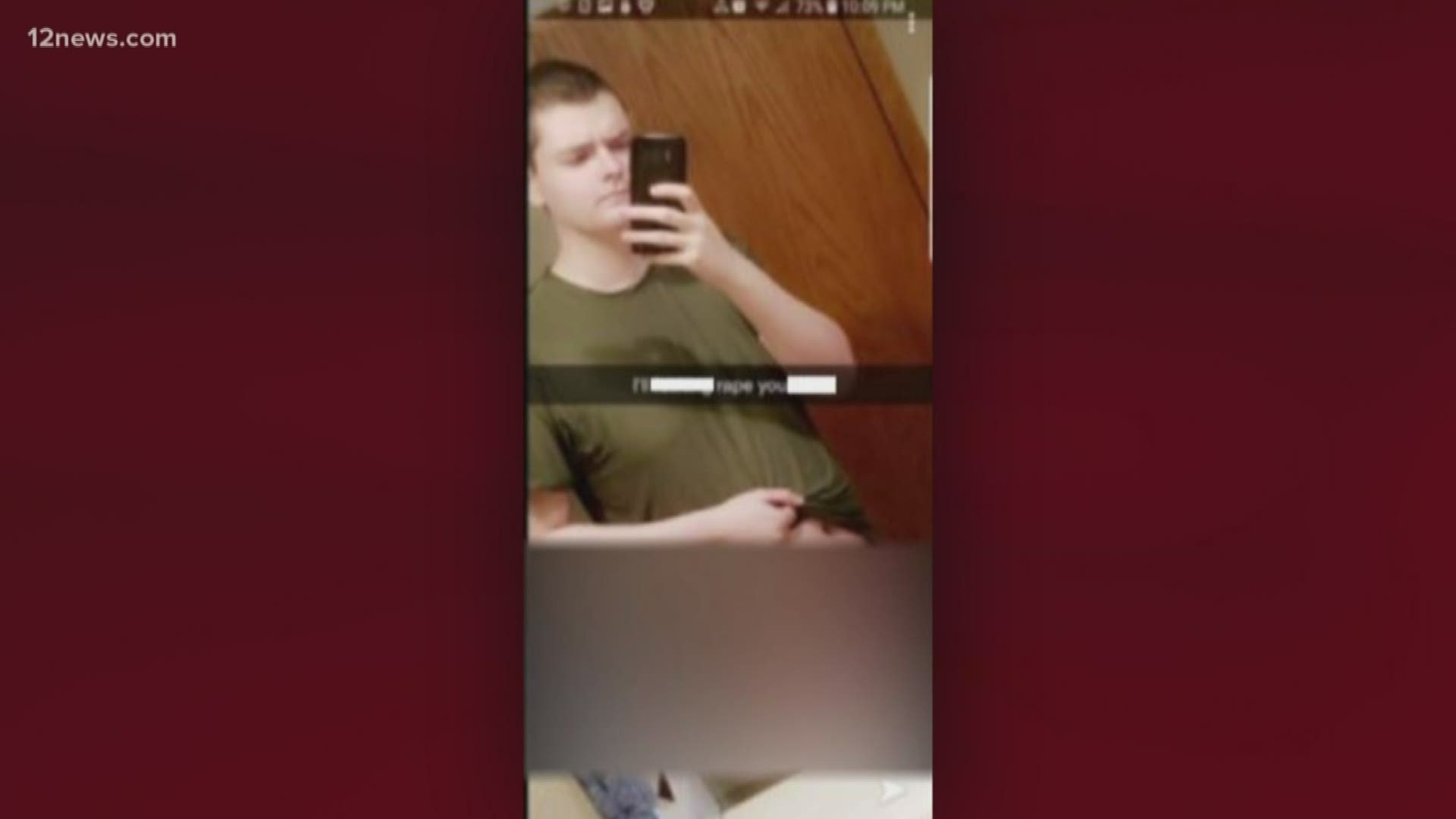 Over the course of two days, Kyle Vlosich contacted multiple girls using a popular social media app, according to the sheriff's office.

12 News spoke to a San Tan Valley mom who says Vlosich contacted her daughter on Monday anonymously on Snapchat, sending her a photo exposing himself with a message threatening to rape her.

The mom, who wants to remain anonymous, reported it to PCSO right away.

"I don't think any female of any age, or anyone, wants unsolicited pictures like that," said the mom.

Several students told their parents about the messages. The parents then contacted the sheriff's office.

Investigators tracked Vlosich down in Milwaukee. He was arrested by local authorities on one count of exposing genitals to a child.

“Parents, take time tonight to talk to your children about the dangers of social media and strangers. Their accounts and information settings should be set to private, and parents should always monitor their children’s social media activity,” said Sheriff Mark Lamb.

This investigation is still ongoing. Anyone with information is asked to call the Pinal County Sheriff’s Office at  (520) 866-5111.

12 News contacted Snapchat for comment, but has not heard back as of the broadcast of this story.