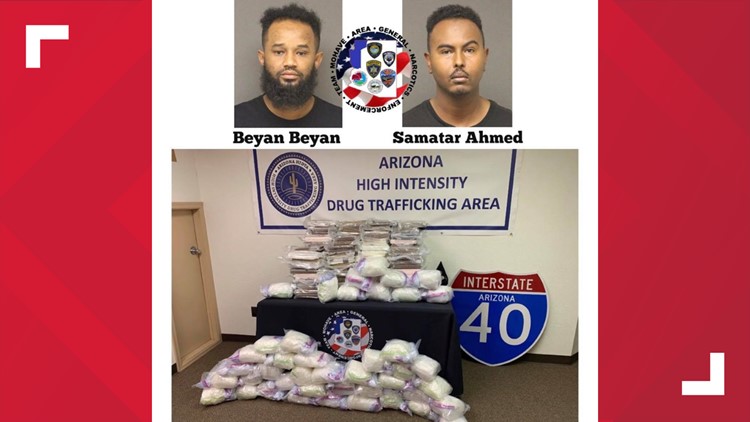 Millions of dollars in drugs seized in drug bust

BULLHEAD CITY, Ariz. — Detectives pulled over a tractor trailer in Bullhead City last Thursday carrying millions of dollars in cocaine and methamphetamine, according to the Mohave County Sheriff's Office.

The Mohave Area General Narcotics Enforcement Team (M.A.G.N.E.T.) seized 168 kilograms of cocaine and 220 pounds of meth from the trailer, according to deputies. The load has a combined street value of $12.7 million.

Authorities said the transporters of the drugs, Beyan Mohammed Beyan, 30, and Samatar Shafi Ahmed, 36, were arrested and booked into the Mohave County Jail in Kingman.

The Bullhead City branch of M.A.G.N.E.T. found the drugs in the trailer with the assistance of K9 Lorka with the Arizona Department of Public Safety and K9 Chase with the Mohave County Sheriff's Office, deputies said.