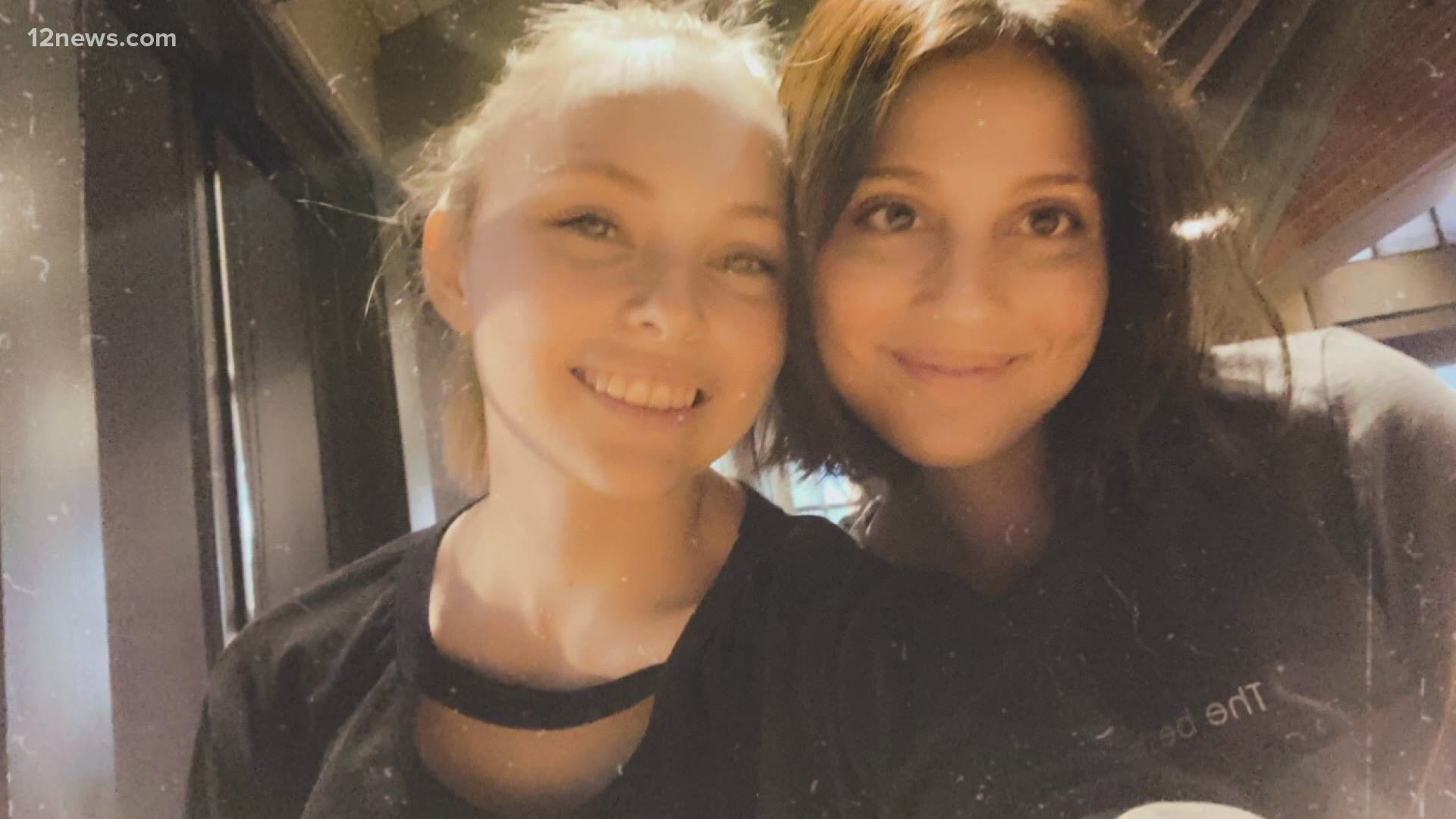 PHOENIX — Three people were found dead in a Mesa home on Monday night after an apparent murder-suicide, police said.

The Mesa Police Department said Tuesday that officers responded to a home near Elliot and Meridian roads around 8:30 p.m. Monday for a shots fired call.

The call came in after a 12-year-old girl ran to her neighbor's house to ask for help.

The girl had a non-life-threatening gunshot wound on her wrist and was taken to the hospital. She was in stable condition as of Tuesday morning.

Officers then entered the home and found two bodies laying on the ground on the first floor of the home, surrounded by a "significant" amount of blood, police said.

Those people were later identified as 51-year-old Ruben Sanchez and his wife, 49-year-old Ana Guerra.

A third victim, later identified as 18-year-old Amy Sanchez, was found on the second floor of the home.

All three victims appeared to have gunshot wounds, police said. A handgun was located in the house as well as ammunition.

Police said it appears to be a murder-suicide.

➡️ A fourth person was hurt & sent to hospital