New body camera footage of the Mesa shooting, which killed a 1-year-old and injured six others, is shown in a Mesa police YouTube video. Suspects still at large. 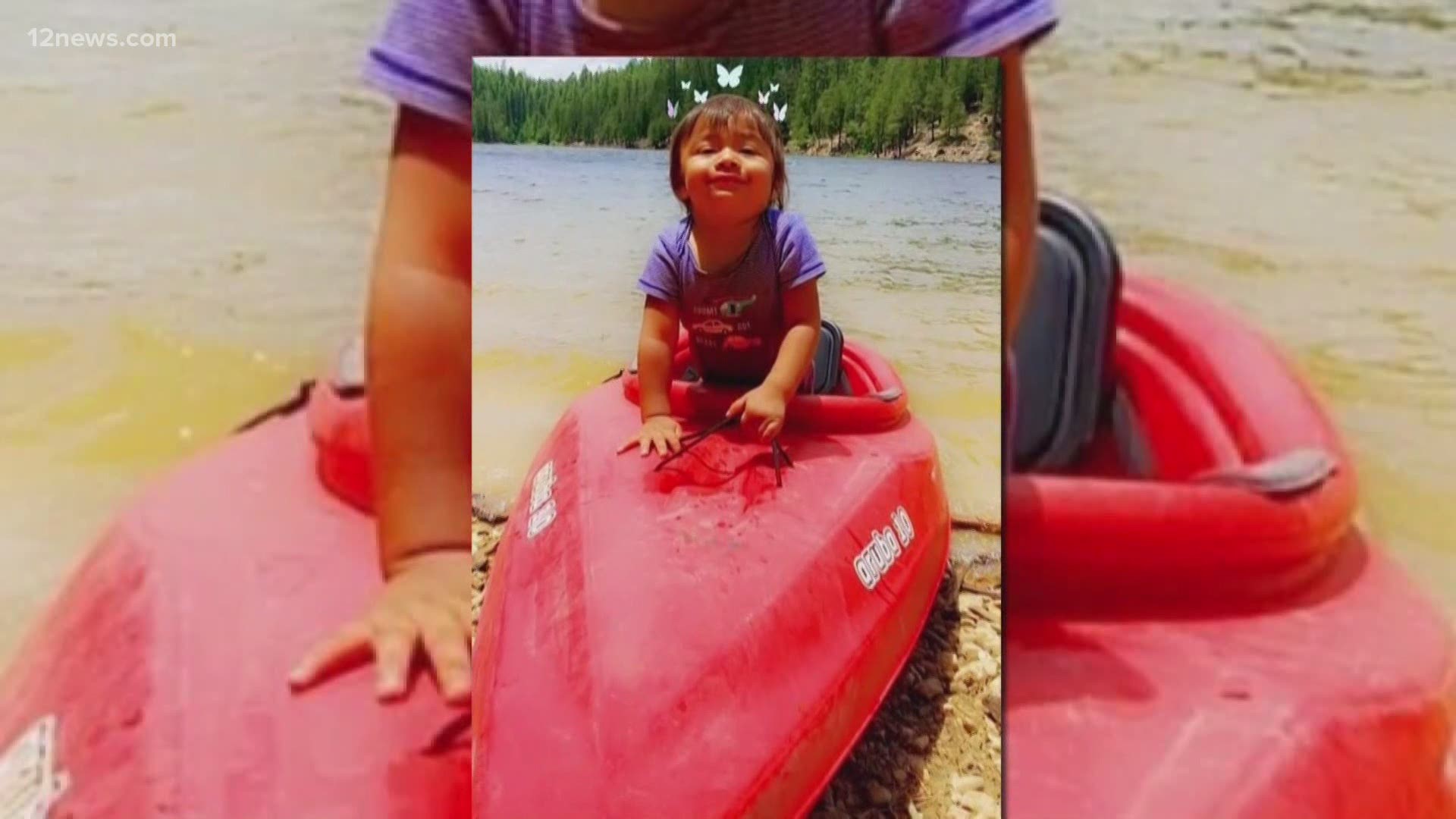 MESA, Ariz. — Editor's note: The video above is from Wednesday's 10 p.m. newscast.

The Mesa Police Department released a YouTube video on Thursday urging the public to assist in their search for the shooter responsible for the horrific incident on Dobson and Guadalupe roads on Oct. 16.

Families were gathered together in the area of several food trucks when a suspect opened fire from a silver Kia Soul hitting seven people. The victims included four children and three adults. The youngest victim, 1-year-old Sebastian Duran, died on Oct. 18 in the hospital.

The YouTube video shows new body camera footage from responding officers including information that one person was shot in the leg and another in the head. Specifics on victims were not provided.

According to the video, one of the victims, who is 9 years old, was shot through the pelvis. Saddening audio between the responding officer and the child shows fear of the incident in a new light since it happened.

The video is meant to once again push the public toward assisting the police in identifying the person, or people, responsible.

On Oct. 21, Mesa police served a search warrant they said was connected to the incident for a gray Kia Soul, but further information or confirmation that it was the vehicle has not been made.

Anyone with information is urged to call Silent Witness at 480-WITNESS or visit silentwitness.org. A $20,000 reward has been set for information leading to an arrest.