One juvenile suspect has been arrested in connection with the Feb. 17 murder of 17-year-old Joseph Seibold, but two others are outstanding, police say. 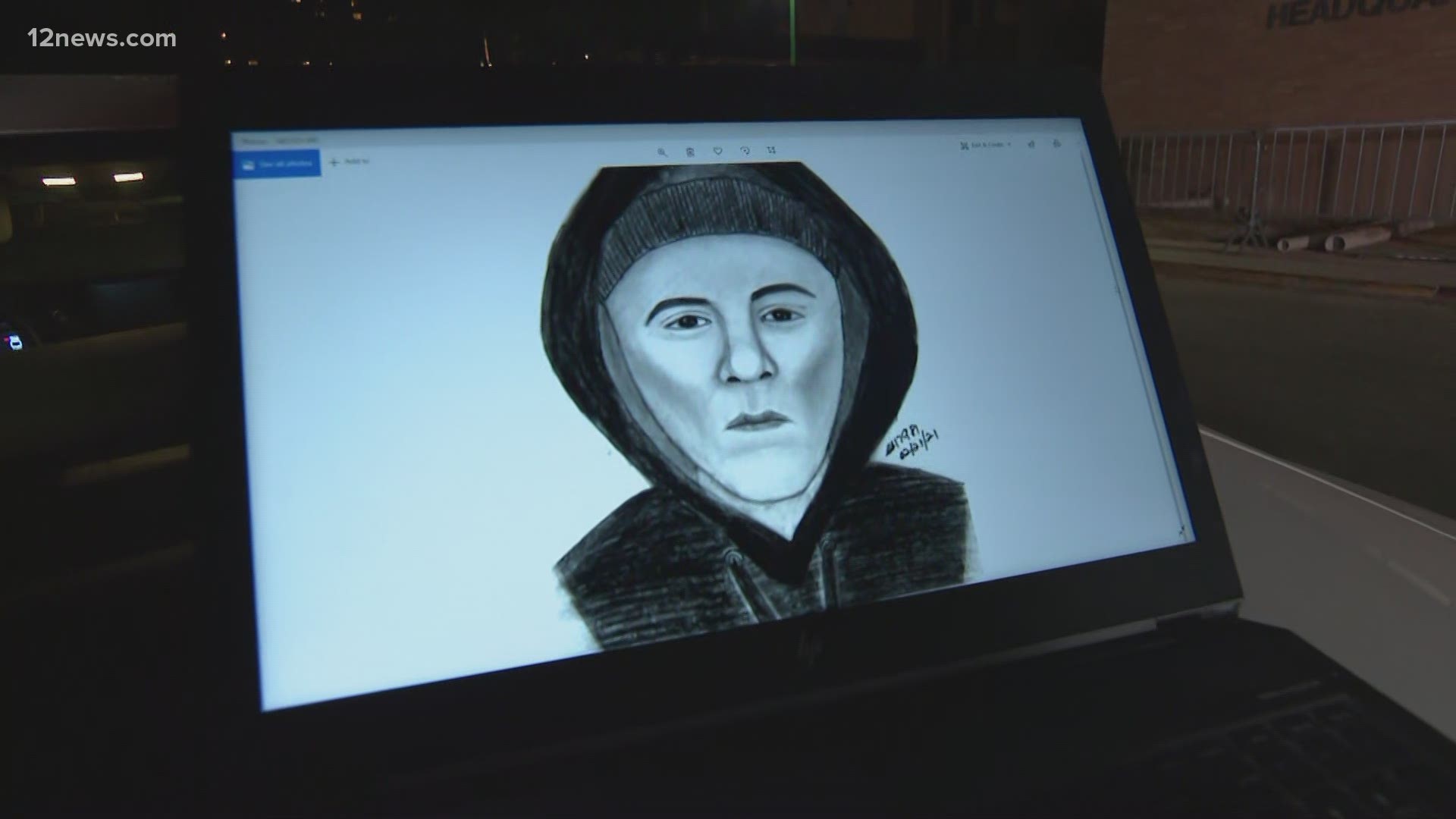 MESA, Ariz. — Mesa police are looking for public assistance in locating two suspects connected with a homicide on Feb. 17.

Officers responded to a residential area near Broadway and Gilbert Roads around 10:40 p.m. on Feb. 17 and located a 17-year-old with a gunshot wound in the driver's seat of a car, police said.

Three juvenile suspects were allegedly seen fleeing the area. One has been arrested and charged, police said.

A witness gave police a description of another one of the suspects, saying he was a Hispanic male in his late teens with brown eyes. The witness also helped with a sketch, police said.

Anyone with information about who the suspects could be have been asked to call the Mesa Police Department at 480-644-2211 or Silent Witness at 480-WITNESS.