Police have announced the arrest of a suspect in the drive-by shooting that killed a 1-year-old and injured several others in Mesa in October. 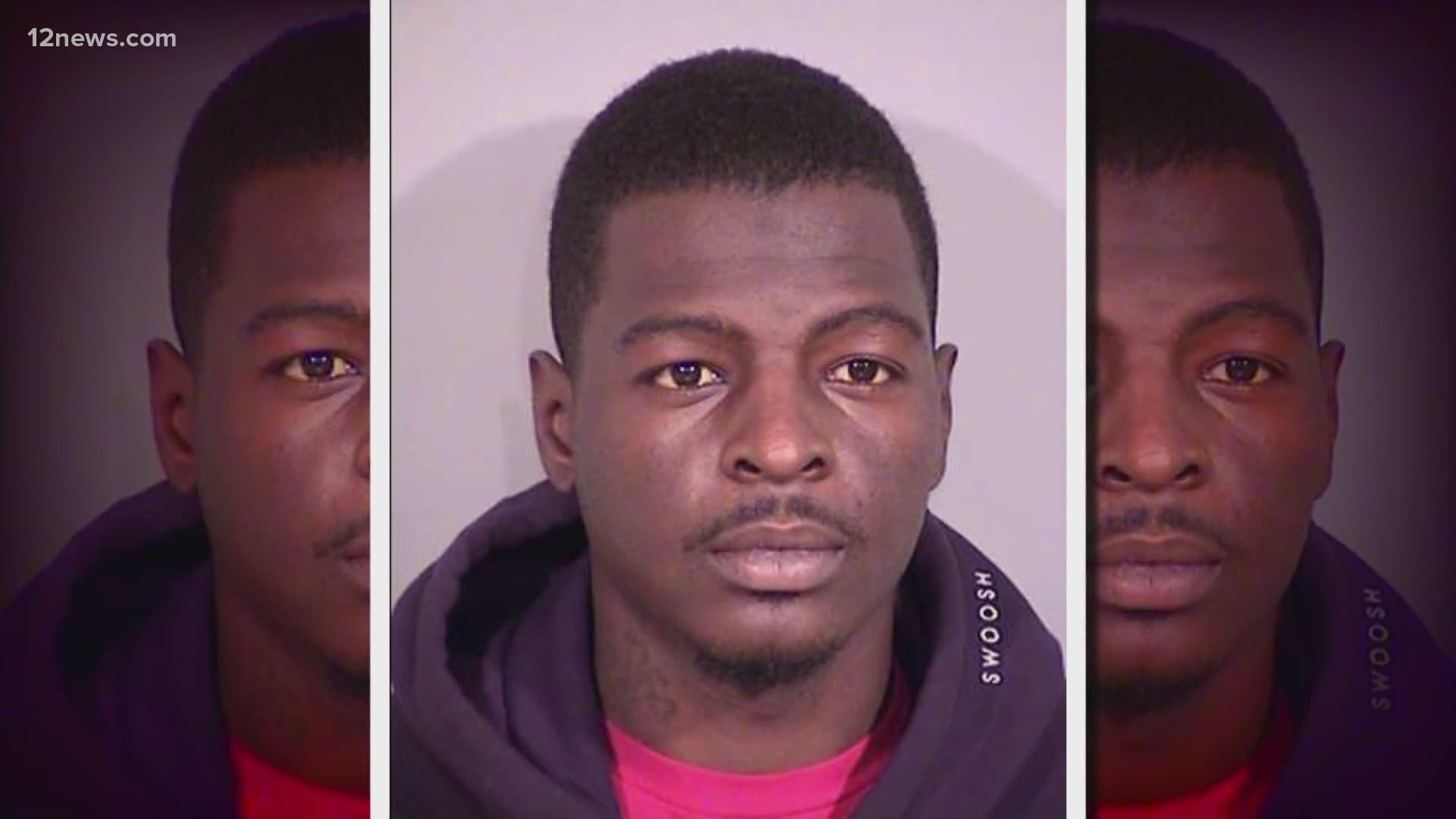 MESA, Ariz. — After more than a month of searching, Mesa police have arrested Larry Tyrone Miller in connection to a drive-by shooting that killed one person and left six others injured in October.

Mesa PD says the shooting occurred after a physical altercation two hours before the shooting. A silver Kia Soul that was seized during the execution of a search warrant in Phoenix on Oct. 21 was the suspect vehicle involved in this shooting.

Police say on  On Oct. 16, just before 9:30 p.m. a suspect, now believed to be Larry Tyrone Miller opened fire on a crowd at an outdoor taco shop at Guadalupe and Dobson roads.

Four children, ages 1, 6, 9 and 16, were shot, as well as three adults. One-year-old Sebastian Duran did not survive his injuries.

“I miss him, every single minute, that he‘s always going to be in my mind and in my heart.“ Geraldo Duran, Sebastian's father said.

"Every day has been like that, hard, trying to go over it, trying to understand why, trying to look for answers.“ Duran said. "The person who did this needs to be held responsible for all this that he caused."

Larry Tyrone Miller has been charged with the following, according to police:

The investigation into who fired those fatal bullets has been developing over the last month.

On Oct. 21, police conducted a search warrant in connection with the shooting, taking a way a silver Kia Soul. A day later, Miller was arrested on a narcotics charge.

The Maricopa County Sheriff’s Office website shows Miller was arrested again. This time, the charges include first degree murder, drive by shooting, and aggravated assault with a deadly weapon.

Mesa PD confirms this is still an ongoing investigation:

“This is a large-scale investigation that is ongoing," the department said in a statement, in part. "At this point, we cannot confirm more details than what is currently being released. We anticipate providing the community with a full review of the investigation as soon as we are able. Our focus remains on ensuring justice for the victims of this tragic shooting.”