The shooting happened in the parking lot of the Ojos Locos Sports Cantina near Alma School Road and U.S. 60. 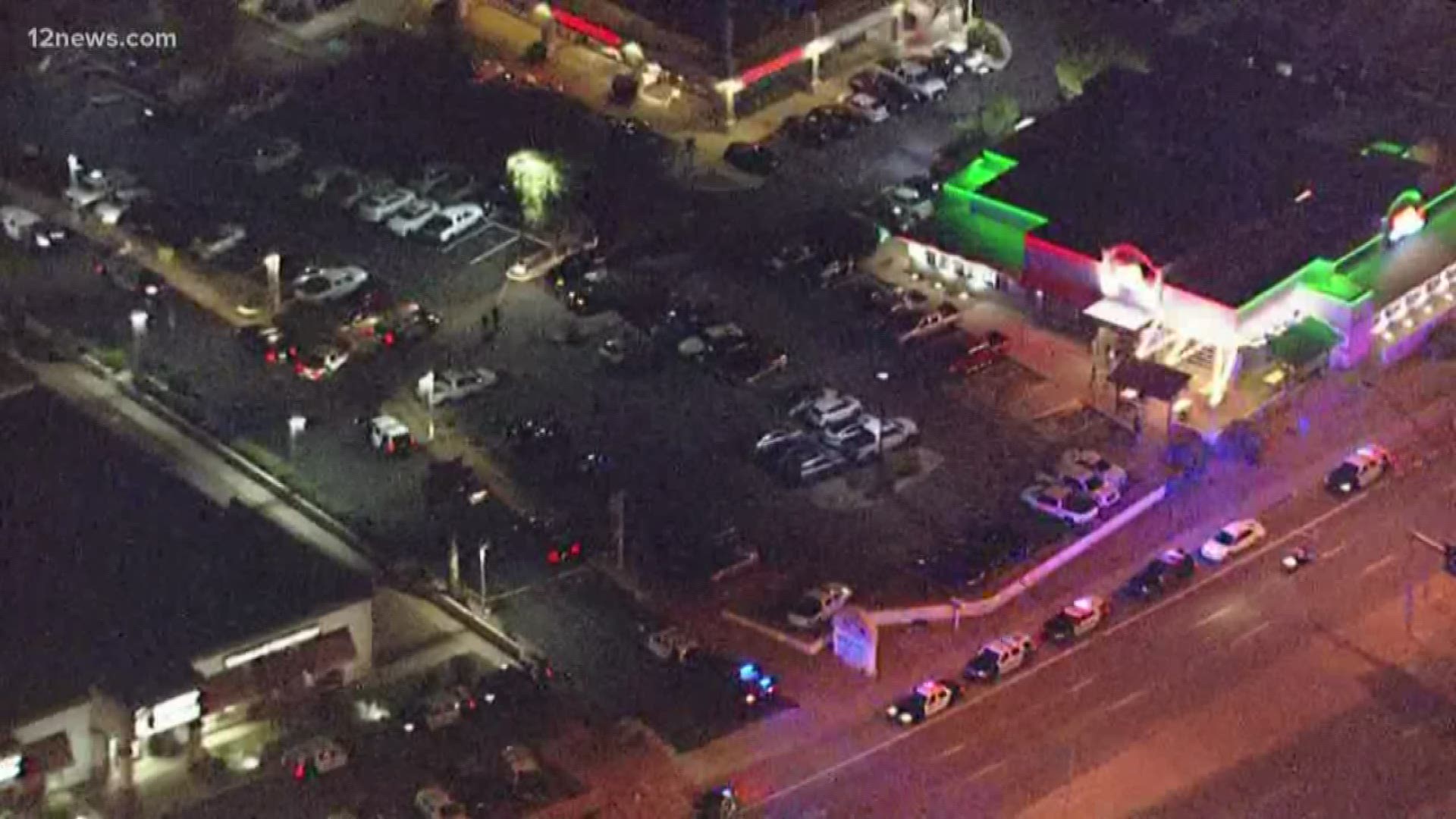 MESA, Ariz. — Police identified the man shot by Mesa police on Dec. 6 as Randy Sewell, 44. He was released from the hospital on Dec. 10.

A man was shot and injured by Mesa police on Friday after he allegedly refused to follow officers' orders and assaulted an officer.

No officers were injured in the shooting in the parking lot of the Ojos Locos Sports Cantina near U.S. 60 and Alma School Road.

The suspect, who was not identified as of Sunday afternoon, was taken to the hospital after he was shot in the lower left hip area. His injuries did not appear to be life-threatening, police said.

Officers were dispatched to the restaurant around 7:45 p.m. after reports of a group who refused to leave the property, police said Sunday.

Officers encountered a group of intoxicated people who refused to follow police orders.

Officers repeatedly ordered one of the men, who was described as a 45-year-old white man who was 6-foot-1 and 375 pounds, to identify himself and put his hands behind his back.

The man refused commands and allegedly assaulted one of the officers. Police then used a Taser, strikes and attempted takedown in response, the department said Sunday.

A struggle ensued, where an officer fired his weapon and hit the suspect.

There were no weapons found on the suspect, police said.

Two other people were arrested for misdemeanor charges related to this incident.