The hackers started screaming the N-word during Mayor Kate Gallego's remarks about the Valley civil rights leader, according to The Arizona Republic. 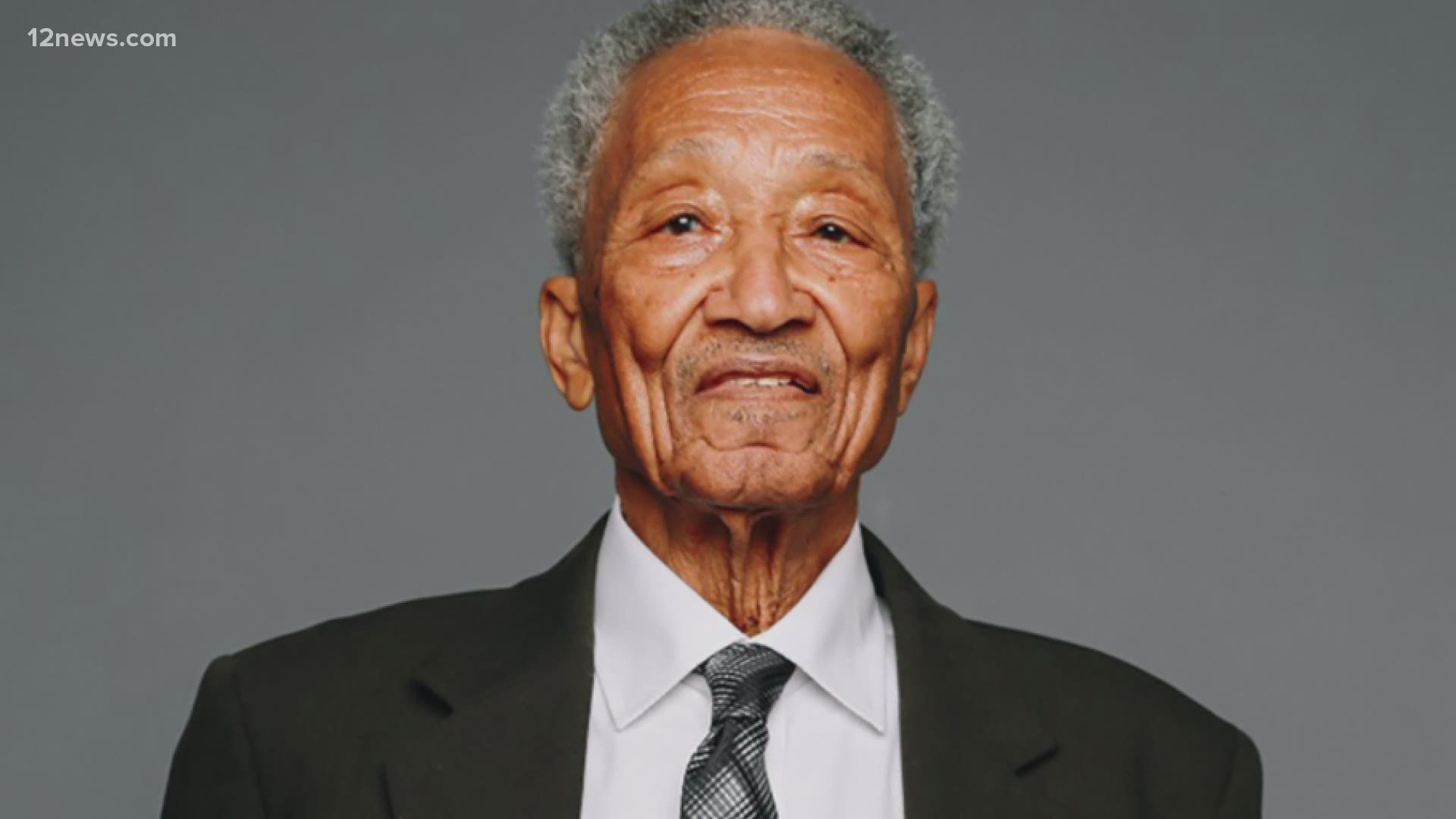 PHOENIX — The virtual memorial service of the late civil rights leader and former Phoenix Vice Mayor Calvin C. Goode was interrupted by hackers shouting the N-word, according to The Arizona Republic.

“My mind told me I shouldn’t be shocked, but my body felt it,” said Dr. Matthew Whitaker.

The hackers interrupted the service during remarks being made by Phoenix Mayor Kate Gallego, the newspaper reported.

Gallego recently tweeted that "Phoenix Police and the FBI are coordinating to investigate the disgusting attack," labeling the incident a hate crime.

Phoenix Police are now the lead on the investigation.

"This type of language and disruption is unacceptable and only divides our community. We are committed to working with our community in identifying the person(s) responsible for this act," said Maggie Cox, Public Information Sergeant.

There have been no further updates in the investigation.

Tuesday's hack was a painful reminder of decades of racial injustice.

Stewart Sr. was a lifelong friend of Goode's and says what happened during his memorial service reflects the failure of America’s white power structure to call out systemic racism.

“It will never be fixed go to confession takes place and there is deliberate repentance which means going in the opposite direction.”

Goode was a Phoenix city servant and a leader in the church. He was also instrumental in pushing the city to observe the Martin Luther King Jr. holiday before the state.

He died earlier this year from an illness not related to COVID-19. He was 93.

Phoenix Police and the FBI are coordinating to investigate the disgusting attack on Vice Mayor Goode’s funeral service. We do not tolerate hate crimes.

Former councilman Calvin Goode was a civil rights leader who served with honor and distinction. The racist and abhorrent remarks made during his funeral service today are wrong and I condemn them. 1/ https://t.co/3fMD382A7d