Former Maricopa County Sheriff Joe Arpaio said the audit of the posse program is just about people trying to get rid of the posse. 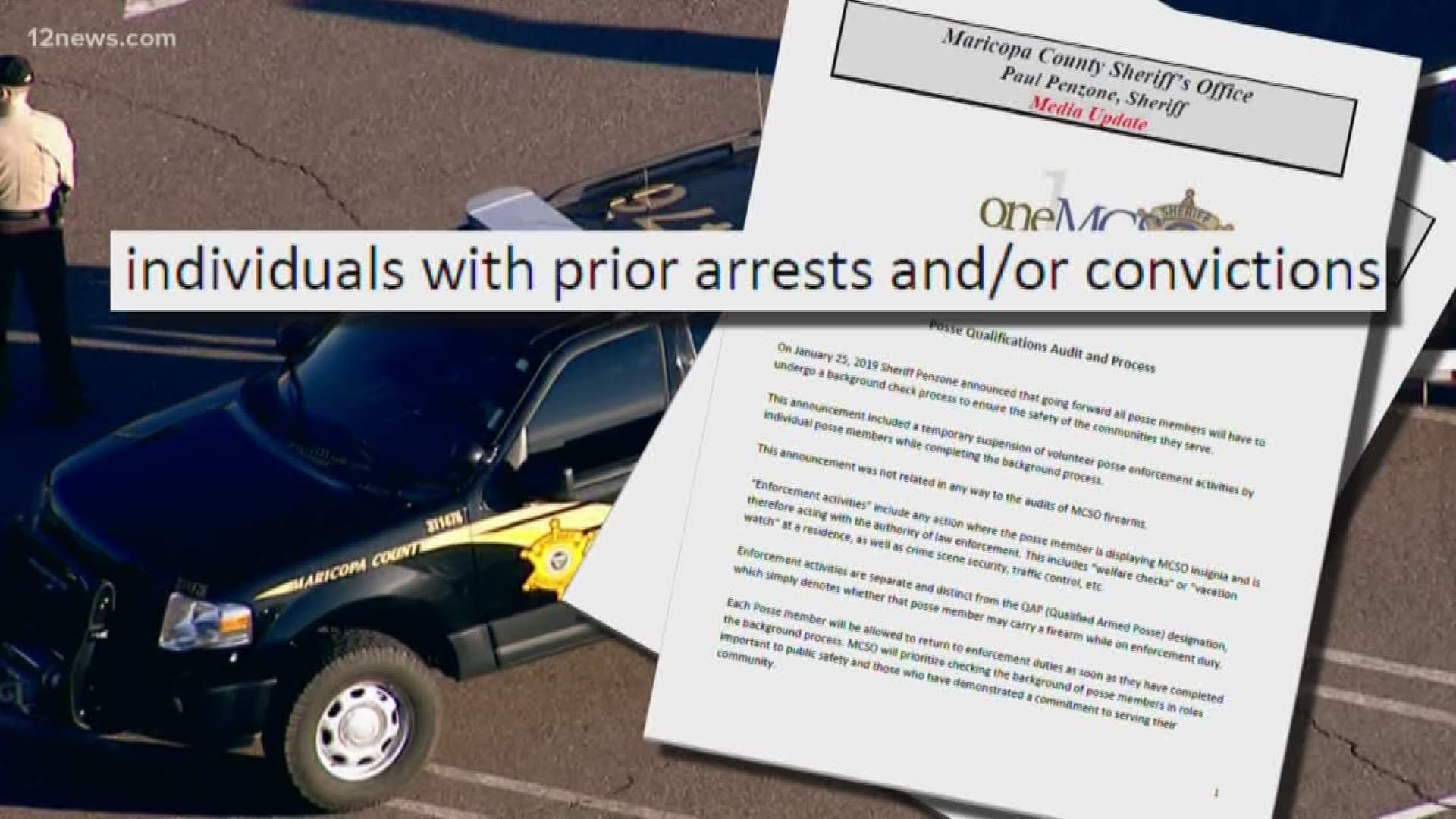 PHOENIX — Sex, drug and domestic violence offenses were among the reasons the Maricopa County Sheriff’s Office said it decided to cut some of its posse members.

An MCSO audit found, “poor record-keeping had resulted in some unqualified individuals being allowed to continue participating in posse activities.  For example: individuals with prior arrests and/or convictions for domestic violence, drug offenses, sex offenses, and other criminal activity. Those individuals have already been removed from the posse.”

Former Sheriff Joe Arpaio spoke up for the group of MCSO volunteers Tuesday in a phone interview with 12 News.

“We did background checks on them,” Arpaio said, adding, “Any big organization is bound to have a couple problems, but all in all it, was a great program. We saved the county millions of dollars every year.”

The new audit information came nearly two weeks after the temporary suspension of the posse program by Sheriff Paul Penzone—when he dropped this bombshell at a press conference: Only four of the posse’s 235 members cleared to carry guns were actually qualified to do so.

“It is the fault of the disorganization and the lack of standards and commitment to excellence by the organization historically,” Penzone said.

When asked whether he felt he put public safety at risk by accepting volunteers with firearms who had a criminal history, Arpaio replied, “You know, there may have been one or two instances, and let’s talk about law enforcement. You think there are no problems in the regular law enforcement agencies? So why is there a big issue in the event one or two members out of thousands we may have had a problem with? The bottom line is, it’s all geared to get rid of the posse.”

Penzone said these volunteers should go through background checks similar to those his deputies go through.

Those found to have criminal records have been removed from the posse.