Divine Children Preschool and Daycare has been burglarized multiple times over the years and the school director says she's tired of it. 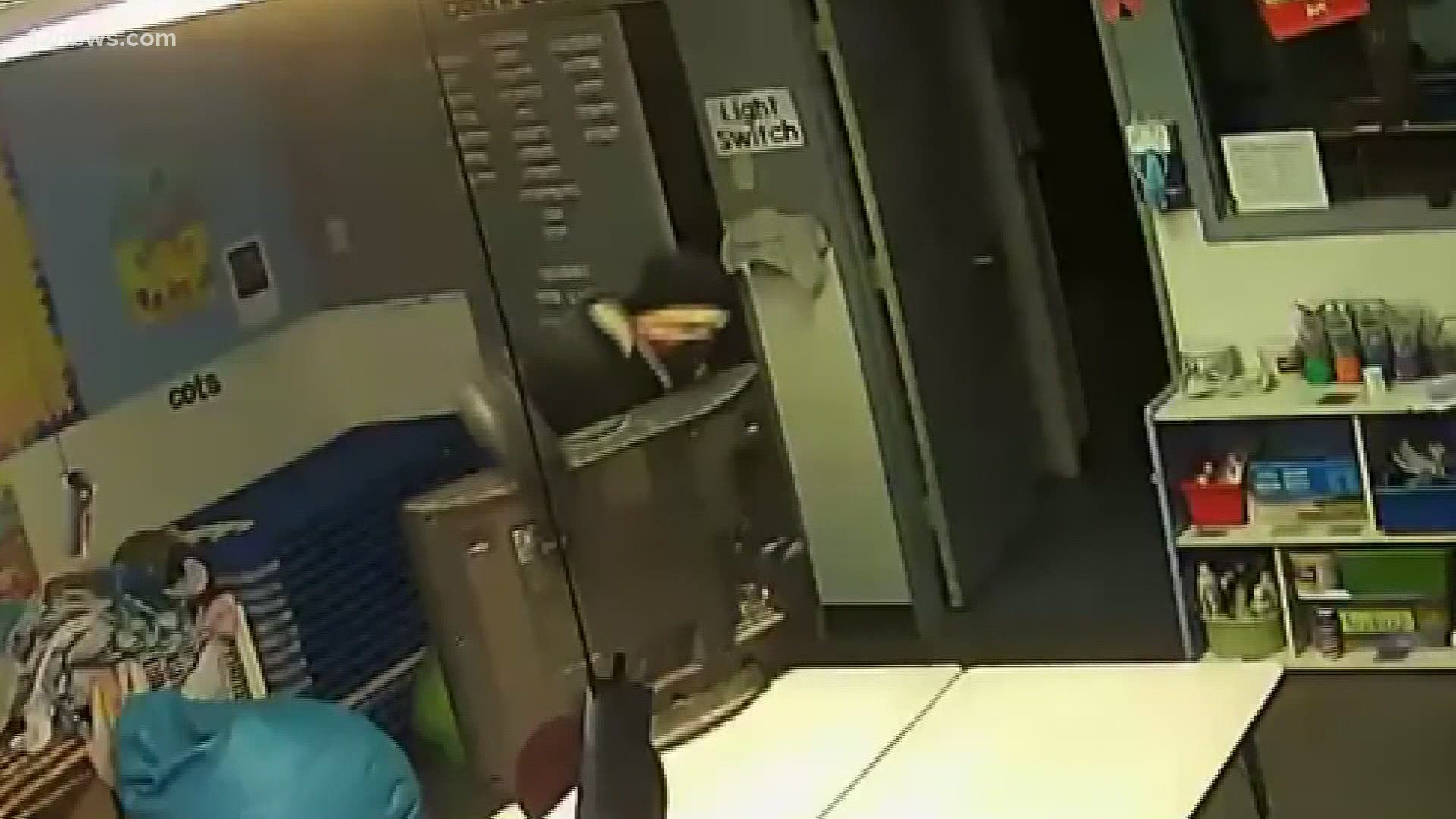 PHOENIX — A Maryvale preschool and daycare captured a burglar on video surveillance Monday morning and the school’s director says they’re tired of being victimized.

Yaninn Lopez told 12 News that Monday morning’s break-in was just the most recent of many incidents at Divine Children Preschool and Daycare, which has been open for more than two years near Indian School Road and 83rd Avenue.

According to Lopez, the school has been broken into and/or vandalized multiple times. Staff members also regularly find an array of dangerous items in the sand of the children’s playground.

Lopez says a staff member went to retrieve balls that had been kicked or thrown onto the roof and found a loaded gun. The break-ins, though, are the most immediately concerning. They take away scarce resources from the school, and they have come a little too close for comfort.

Surveillance video shows a man taking a TV from the preschool Monday morning.

Lopez says the man only left because he heard the first teacher arriving for the day. She’s concerned about what might have happened if the burglar had come face to face with the teacher.

“We have tiny, tiny babies here all the way up to 12 and to know that we’re getting broken into, it doesn’t feel very safe,” Lopez said.

In addition to the theft and vandalism, Lopez says vagrants light fires in the ally behind the school. Staff arrived one morning to find an unconscious man, surrounded by beer cans, on the doorstep of the school.

Lopez says Phoenix Police have not been the helping hand that she had hoped for. She feels she’s been left on her own to keep the school safe.

When made aware of Lopez’s claims, Phoenix PD responded with a statement.

“The Phoenix Police Department works with our community to establish relationships and identify resources that can be useful in combatting criminal activity,” the statement reads. “Our Property Crimes Bureau is currently working with the Neighborhood Enforcement Team from the Maryvale/Estrella Mountain Precinct in the area of 8300 West Indian School Road, which is where the pre-school is located. We are aware of the incidents and will continue to work with the school in an effort to find the suspect or suspects responsible for the crimes.”