Clinton Hurley, 30, was shot by someone after attempting to rob a residence in Tonopah, officials said. 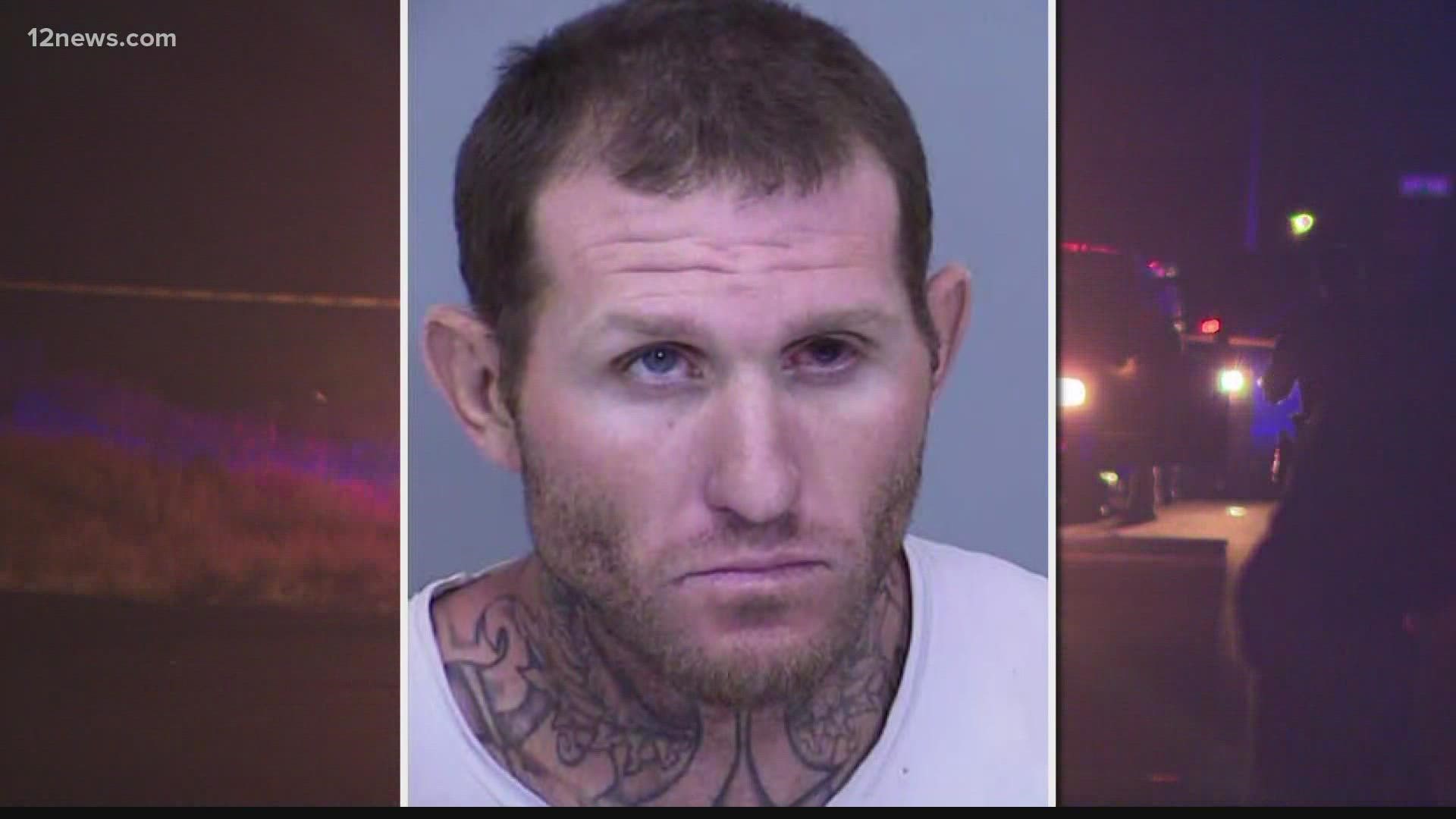 Officials said that 30-year-old Clinton Hurley was shot by a homeowner around 6:30 p.m. when he attempted to enter a home near Buckeye and Wintersburg roads in Tonopah. He was airlifted to the hospital after the shooting where he is in critical condition.

Hurley and the homeowner had a "history" and gunfire was exchanged, according to Maricopa County Sheriff Paul Penzone.

Hurley was wanted by law enforcement after a sheriff's office deputy was found unconscious and bleeding allegedly after an altercation with him on Saturday morning.

The deputy has since been put on life support.

In a press conference, Penzone said that Hurley was released from prison in December 2020 after being found guilty of a crime committed on a child. Court records indicate that Hurley served 10 years for attempting to molest a child.

Hurley was being processed on felony warrants when he allegedly attacked the deputy before stealing his vehicle at the sheriff's office substation near Dysart Road and Van Buren Street, officials said.

Penzone announced a $10,000 reward through Silent Witness for Hurley's location following the incident.