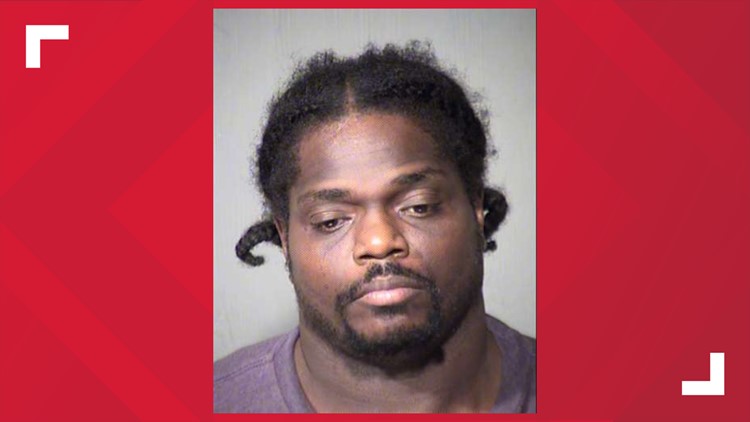 PHOENIX — A 43-year-old man was sentenced Friday to 354 years in prison after he was found guilty for prostituting a 15-year-old girl whom he also had sex with.

Those charges included 14 counts of child prostitution, two counts of sexual conduct with a minor and one count each of child sex trafficking, custodial interference and involving minors in a drug offense.

“Today’s sentencing is the result of the work by investigators and our prosecutors to ensure a defendant who made a living by preying on these young victims is never able to do this again,” Maricopa County Attorney Chief Deputy Rachel Mitchell said in a news release.

“Despite the difficulty of providing their experiences to a jury and the court, these victims ensured the justice served today was possible.”

James was found guilty of convicting a 15-year-old girl to work as a prostitute for him between March and September 2015.

James also was found to have sex with the child, and made her give him half of the money she made performing sex acts with the men that James arranged for her to meet.

The victim was first contacted by authorities during a visit out of state and was taken back to Phoenix, where she stayed at a group home.

The girl was convinced by James to leave the group home and come back to working as a prostitute for him. This time, she joined a 17-year-old girl whom James was also trying to recruit as a prostitute.

When James was arrested. he told investigators that he believed the younger girl was 18 and admitted to having sex with her, but denied taking part in the prostitution.