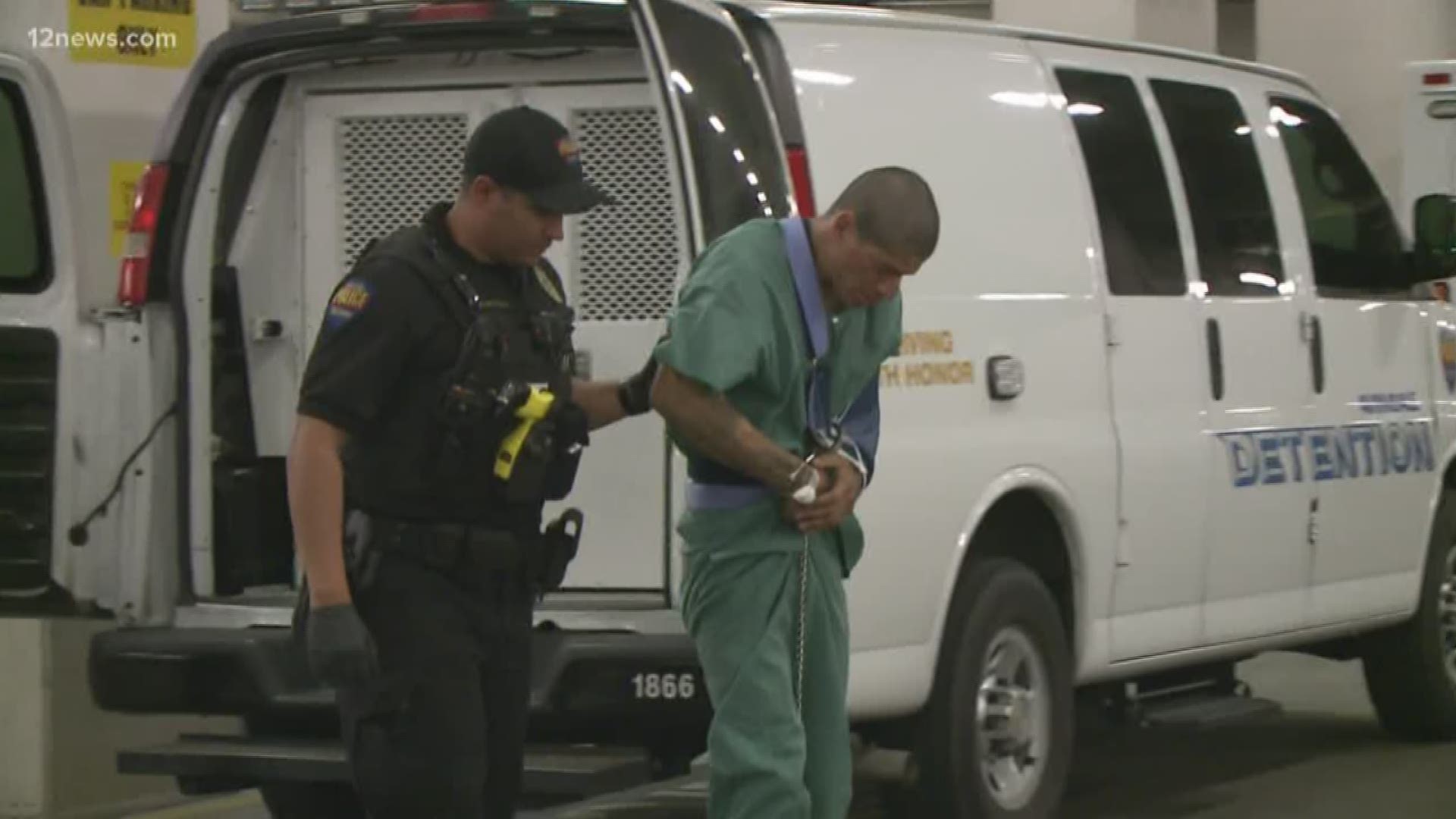 PHOENIX — The man who was found guilty of attempting to murder an Arizona Department of Public Safety trooper back in 2017 was given a 23-year prison sentence Friday.

Luis Aldana was convicted last November on several charges stemming from an incident when he shot at a trooper on March 2, 2017.

The trooper tried to pull Aldana over for having an illegally dark window tint on his car. At the time, Aldana was on community supervision release and was prohibited from possessing a gun.

Despite that, Aldana fired multiple gunshots at the trooper as the official exited his car. The trooper was able to return fire and hit Aldana in the shoulder.

The trooper was not injured but felt the impact of a bullet hitting his driver-side door.

Aldana fled the scene after the shooting, but he was arrested by Phoenix police officers about two-and-a-half hours later.

“The defendant made an extremely depraved decision when he sought to end the life of a law enforcement officer to avoid arrest,” Maricopa County Attorney Allister Adel said in a statement after Aldana's November conviction.

“The jury’s finding of guilt on all charges makes our community a safer place and sends the message that violence toward law enforcement will not be tolerated.”

• 2 now arrested for allegedly shooting at 2 men, killing one in Phoenix drive-by