Michael James Delillo was arrested after he allegedly sexually abused a 16-year-old girl in a parking structure at the Paradise Valley Mall last month. 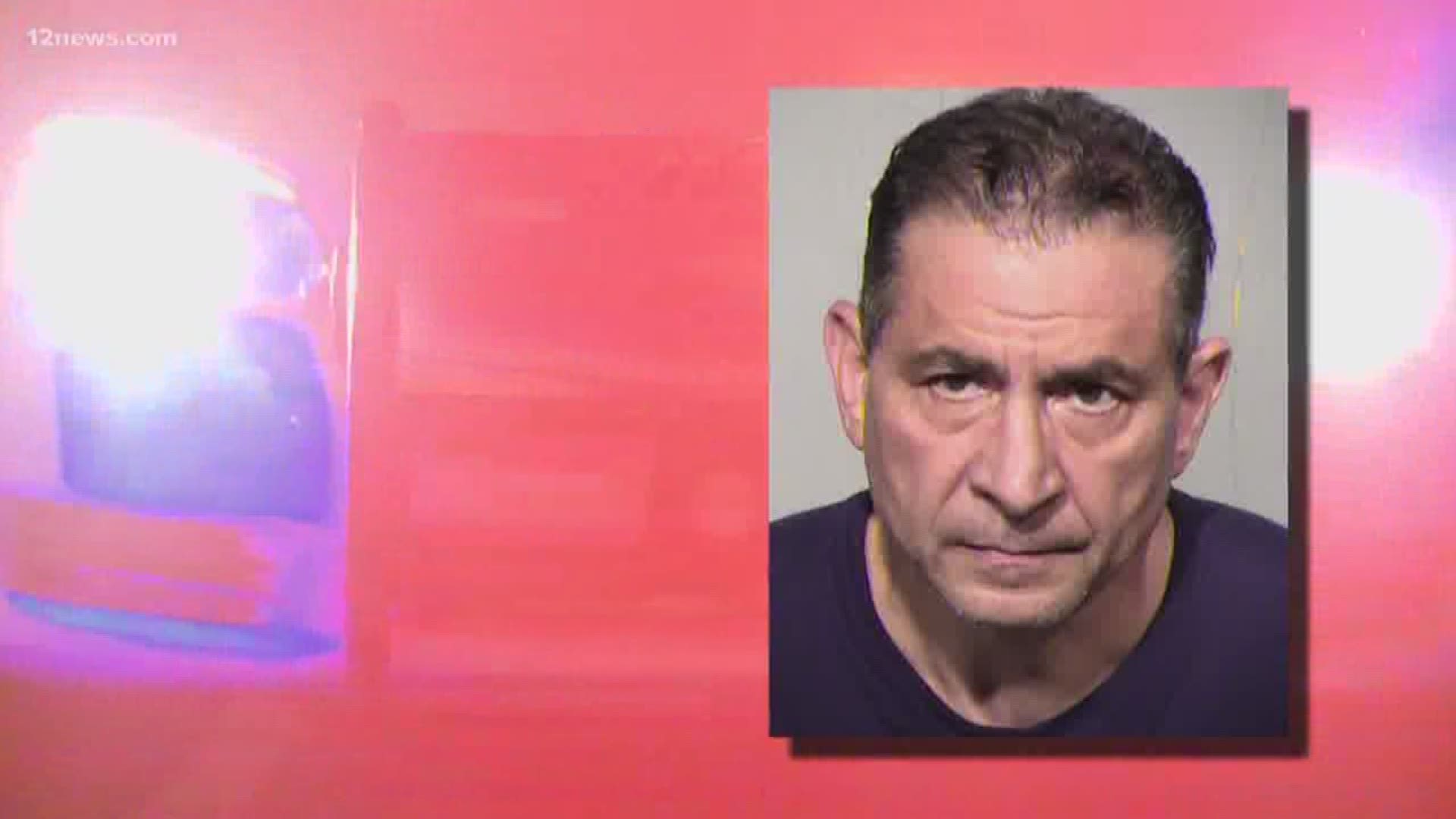 The teenager told police that Delillo sexually abused her June 26 in a parking structure at the Paradise Valley Mall near Tatum Boulevard and Cactus Road.

Delillo, the teenager said, helped her take her clothes off before using his fingers and genitals to sexually abuse her between 4 p.m. and 7 p.m. that evening.

The victim spoke with Delillo on the phone on Monday, when he admitted that the teenager was the only "juvenile girl he has had sex with," according to court documents.

During the call, the court documents said, Delillo said "he had a bullet with the 16-year-old victim's name on it."

When police arrived to Delillo's home later that day, he got out of his car with a black semi-automatic handgun and allegedly pointed it in the direction of a detective.

The detective had to duck for cover before eventually arresting Delillo, the court documents stated.

Delillo's long-time neighbor Cheryl Pio said she saw him barricade himself from police Monday evening, adding that he would not come out for hours.

"I open the garage door to come out, and I get, ‘GET BACK IN YOUR HOUSE!’ so then I knew something big is going on," Pio said.

Delillo would not come out, so Pio said the SWAT team started to use her house as a safe spot to watch every move the 55-year-old man would make.

“They finally bombed the house, with gas they shot out the windows, and then right after that it was like a big bomb and then a bunch of rapid fire you heard," Pio said.

“I’ve known him since he was a young boy, you know, so it was pretty heart wrenching.”

Police said they are not aware of any other victims. The case has been submitted to the Maricopa County Attorney's Office, Phoenix police said.

Delillo was ordered to post a $100,000 cash bond to be placed on house arrest. He is set to appear in court next July 23.