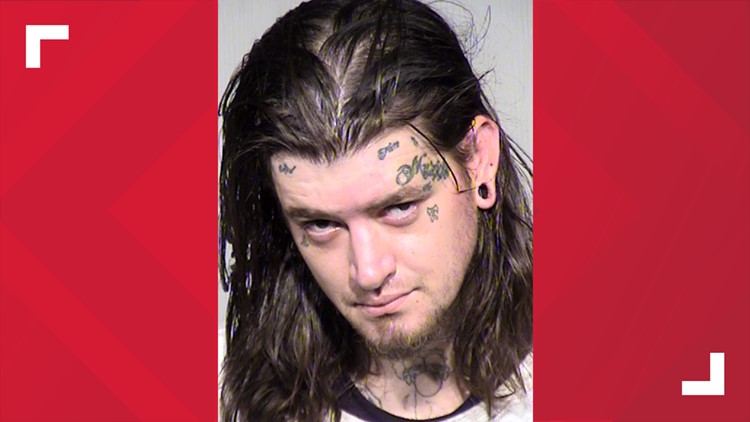 PHOENIX - Police arrested a man on charges of child abuse due to recklessness, endangerment and failure to stay at the scene of an accident after he tried to pay a woman in cash after a car accident, court documents say.

Police say a woman was in traffic on the Loop 202 when she felt a crash behind her. The vehicle that had crashed into her pulled alongside her and motioned to exit the freeway.

The two cars exited to a private parking lot off 24th Street where the man in the suspect vehicle, Derek Sprunk, 30, asked to pay for the damages in cash and didn't want to call the police.

The woman was driving a company-owned van filled with 11 children and could not settle the matter in cash and told Sprunk the police and management had already been called.

Sprunk then got back in his Honda Civic and drove off, court docs say. He did not leave any contact information, identification or insurance information.

Another woman, a passenger in the Ford van was able to capture a picture of Sprunk's plate number when he drove off.

Officers met with six of the 11 guardians of the children. All six told police they would assist in prosecution and wanted to be a victim on behalf of their child.

The owner of the Ford van also wished for the company to be a victim in the case.

Police found out Sprunk was the registered owner of the suspect vehicle. Officers went to the apartment Sprunk was living at and told him they were there in reference to the crash.

Sprunk showed officers his vehicle, which had front end damage. Police arrested Sprunk on six counts of child abuse-recklessness, one count of endangerment and one count of failure to stay at the scene of an accident.

Police said in their report that Sprunk recklessly placed the children into a situation where the health of the child was endangered.