The victim told police there were two different sexual encounters and exchanges of nude pictures. 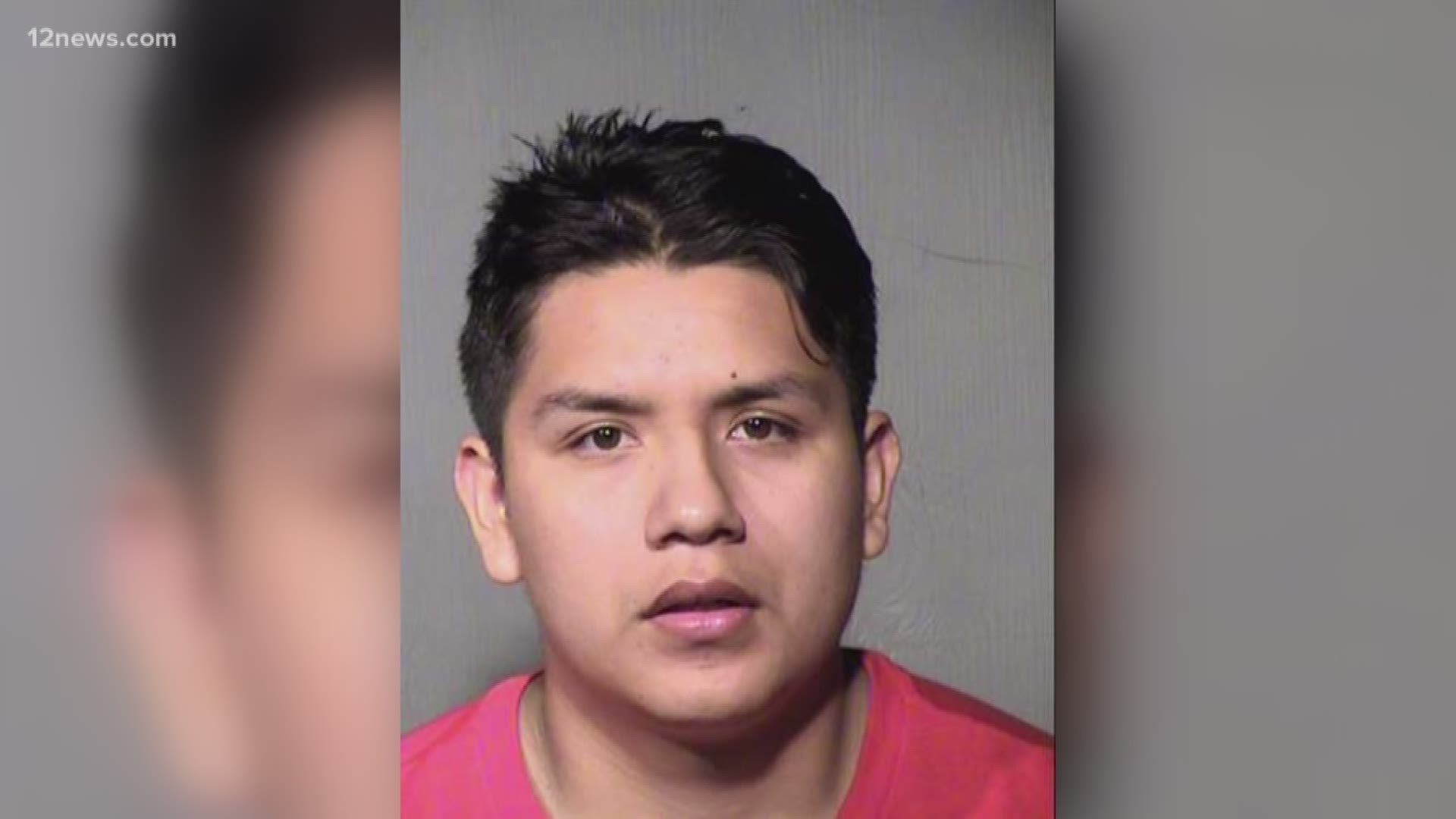 TEMPE, Ariz. — A 20-year-old who works with teenagers at a Tempe Church of Jesus Christ of Latter-day Saints has been arrested and faces multiple charges, including sexual conduct with a 14-year-old, according to police reports.

Police reports say Brandon Osorio Hernandez and the victim have known each other for seven years. She told police they met at a church near McClintock and Del Rio Drive in Tempe.

On May 21, the victim’s mom contacted police regarding Hernandez having sexual conduct with her daughter, according to a police report.

The report says the victim had been previously dating Hernandez’s 15-year-old brother.

The victim told police that Hernandez contacted her via Snapchat and that their conversation started normal, then Hernandez asked her for pictures of her bare breast. She said she didn’t want to lose him as a friend, so she sent him the pictures as well as pictures of her buttocks. In exchange, Hernandez sent her pictures of his penis, the report reads.

The victim told police he asked her to meet him alone at church on May 1 around 7 p.m., according to the report.

The 14-year-old told police they went to the chapel, then to a closet area where they kissed and he grabbed her breast and buttocks under her clothes. Then Hernandez asked the victim to perform oral sex on him, the report reads.

The second encounter was similar, according to the report. The victim told police on May 15, they met again at the same church around the same time. She told police they kissed, he touched her private parts and asked her to perform oral sex again.

Police monitored a call on May 23 between the victim’s sister and Hernandez, where Hernandez reportedly said he didn’t have a relationship with the 14-year-old because he knew it would be wrong, the report reads.

The next day, Hernandez was taken into custody.

During an interview conducted by the Tempe Police Department, Hernandez admitted having exchanged pictures with the victim, the report reads.

He stated he met the victim at church and that he believed more than talking would occur due to the sexual content of their messages and the pictures they had exchanged, according to the report.

The report says Hernandez told police the victim grabbed his hand and put it on her bare breast and under her skirt. He also said she unzipped his pants and performed oral sex, the report says.

Hernandez told police he left when he realized it was wrong and didn’t want to continue, according to the report.

Hernandez also told police he met with her a second time to tell her that their relationship was over, but what happened was similar to the first time, ending with him leaving while she was performing oral sex, the report reads.

During the police interview, Hernandez said his position at the church is to work with teenagers during Sunday service and work with them outside of normal church hours.

Tempe police said they do not believe there are any more victims.

Police said Hernandez was booked on charges of two counts of sex abuse for touching the victim’s breast, two counts of sexual conduct with a minor and one count of aggravated luring of a minor for exchanging nude pictures.