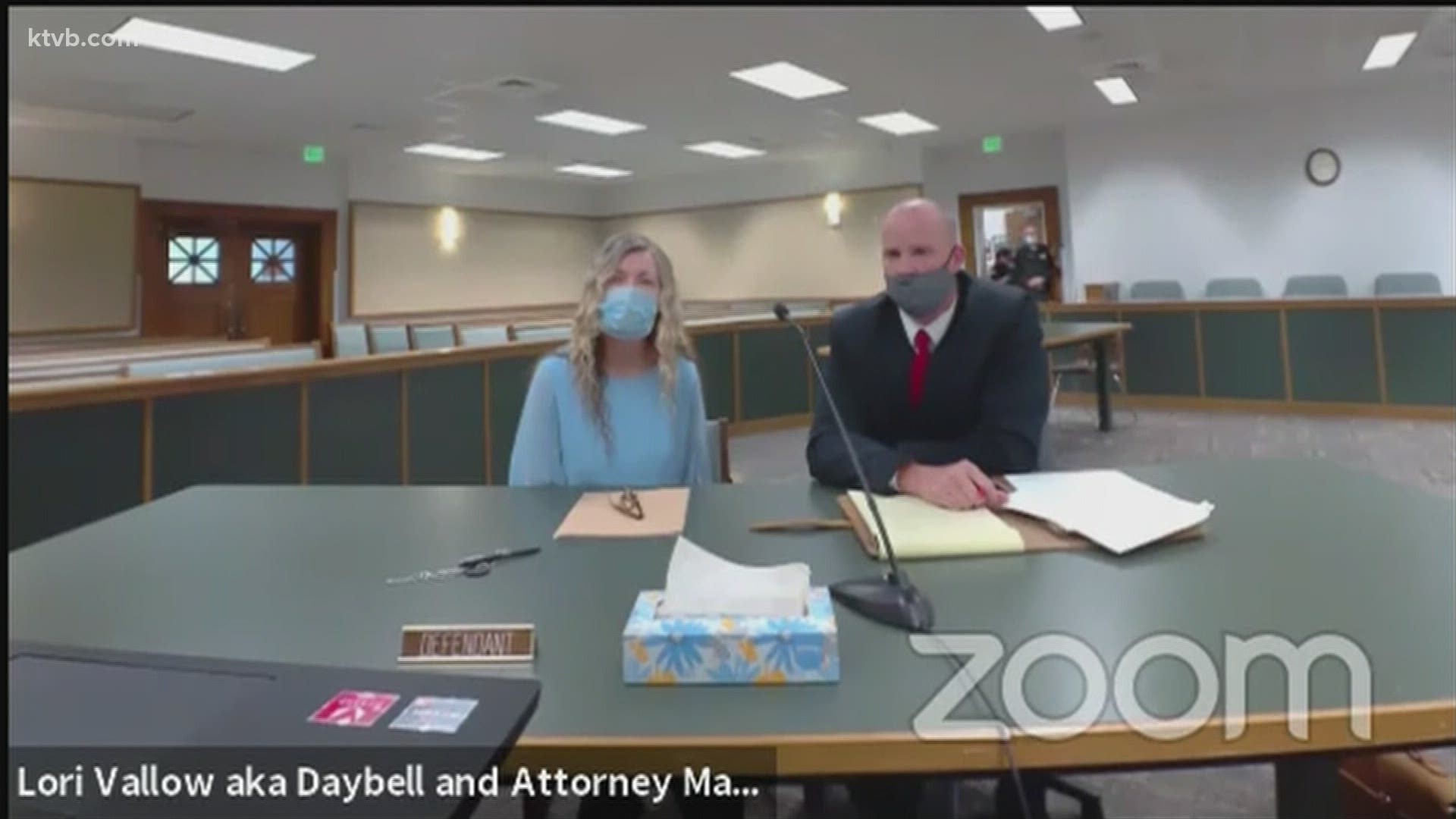 The mother of two children found dead in her new husband's pet cemetery pleaded not guilty to the charges against her Thursday morning.

Lori Vallow is charged with two counts of conspiracy to conceal, destroy, or alter evidence in the case. Neither she nor husband Chad Daybell has been charged with killing 7-year-old JJ Vallow or 16-year-old Tylee Ryan.

Vallow did not speak during the district court arraignment, which was conducted over Zoom and lasted only a matter of minutes. Her attorney, Mark Means, entered the pleas on her behalf.

Judge Dane Watkins did not take up a motion filed by the prosecutor to join Vallow and Daybell's cases together. Prosecutor Rob Wood has petitioned for the couple to be tried at the same time, arguing that both suspects are accused of committing essentially the same acts, meaning "evidence in both cases is nearly identical and the trial for each case will be nearly identical."

John Prior, Daybell's defense attorney, has objected to combining the cases, arguing that doing so would make it impossible for his client to get a fair trial.

"This joinder would only add more attention and more bias to a case that has grasped the attention [of] almost everyone in Eastern Idaho," Prior wrote.

Lori Vallow is due back in court March 22 for a pretrial. The trial itself is set to begin April 2, 2021.

Watch more on the case of JJ Vallow and Tylee Ryan:

See all of the latest coverage in our YouTube playlist: