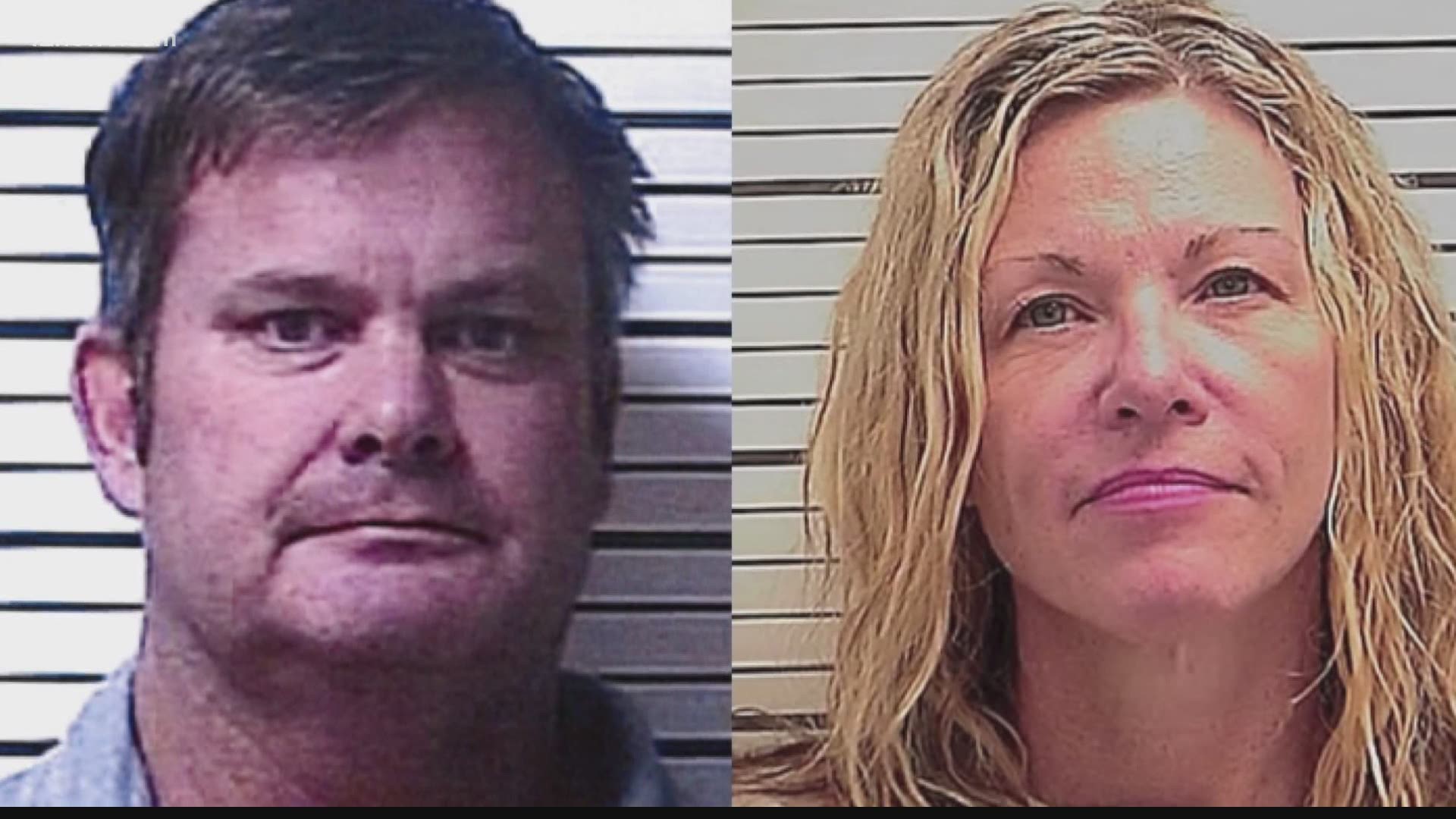 FREMONT COUNTY, Idaho — Lori Vallow Daybell and Chad Daybell were indicted on murder and conspiracy charges by an Idaho grand jury Monday. A warrant was issued for their arrests on Tuesday afternoon, prosecutors said.

The indictments for both of them include two counts of conspiracy to commit murder and grand theft by deception and two counts of first-degree murder for the deaths of 17-year-old Tylee and 8-year-old JJ.

The kids first disappeared in September 2019 after Lori moved them from Arizona to Idaho.

Chad is also charged with a third murder of his first wife Tammy Daybell.  Both he and Lori face conspiracy to commit murder charges in her death.

Tammy died at the Daybell's home in Idaho in October 2019.  Her death was originally ruled as natural causes, but she was later exhumed.

Chad and Lori married less than a month after her death.

Court records now saying Chad and Lori texted about Tammy "being possessed by a spirit."

The indictments also accused Chad and Lori of using their so-called dark religious beliefs to encourage and justify the murders.

In a press conference Tuesday, prosecutors indicate that money could have been another motive.

The couple is also charged with conspiracy charges connected to the murders and fraud.

In her indictment, Lori’s accused of collecting social security benefits for Tylee and JJ months after investigators believe they were killed.

Chad's indictment says he increased Tammy’s life insurance policy in the days before her death.

This step toward justice for the children coming on a sad milestone.  May 25th was JJ Vallow's birthday.  He would have been 9-years-old in 2021.

Chad and Lori have both been in jail in Idaho on earlier charges since last year.

They're both due in court for first appearances on the new charges Wednesday morning.

They both were indicted for conspiracy to commit murder for the death of Tammy.

Vallow faces a charge for grand theft of social security benefits for Tylee and JJ.

JUST IN: Lori Vallow Daybell & Chad Daybell indicted on first degree murder charges for the death of Lori’s kids Tylee & JJ. Today would have been JJ’s 9th birthday. A lot to unpack. I’ll have more on @12News pic.twitter.com/HLkTrakgXh

And Chad was indicted on a first-degree murder charge in the death of his wife, as well as, two counts of insurance fraud.

Catch up on all our coverage of this case on the 12 News Youtube playlist.