Cameron Shea of Redmond, 25, threatened journalists and advocates who worked to expose anti-Semitism, according to U.S. Attorney Tessa M. Gorman. 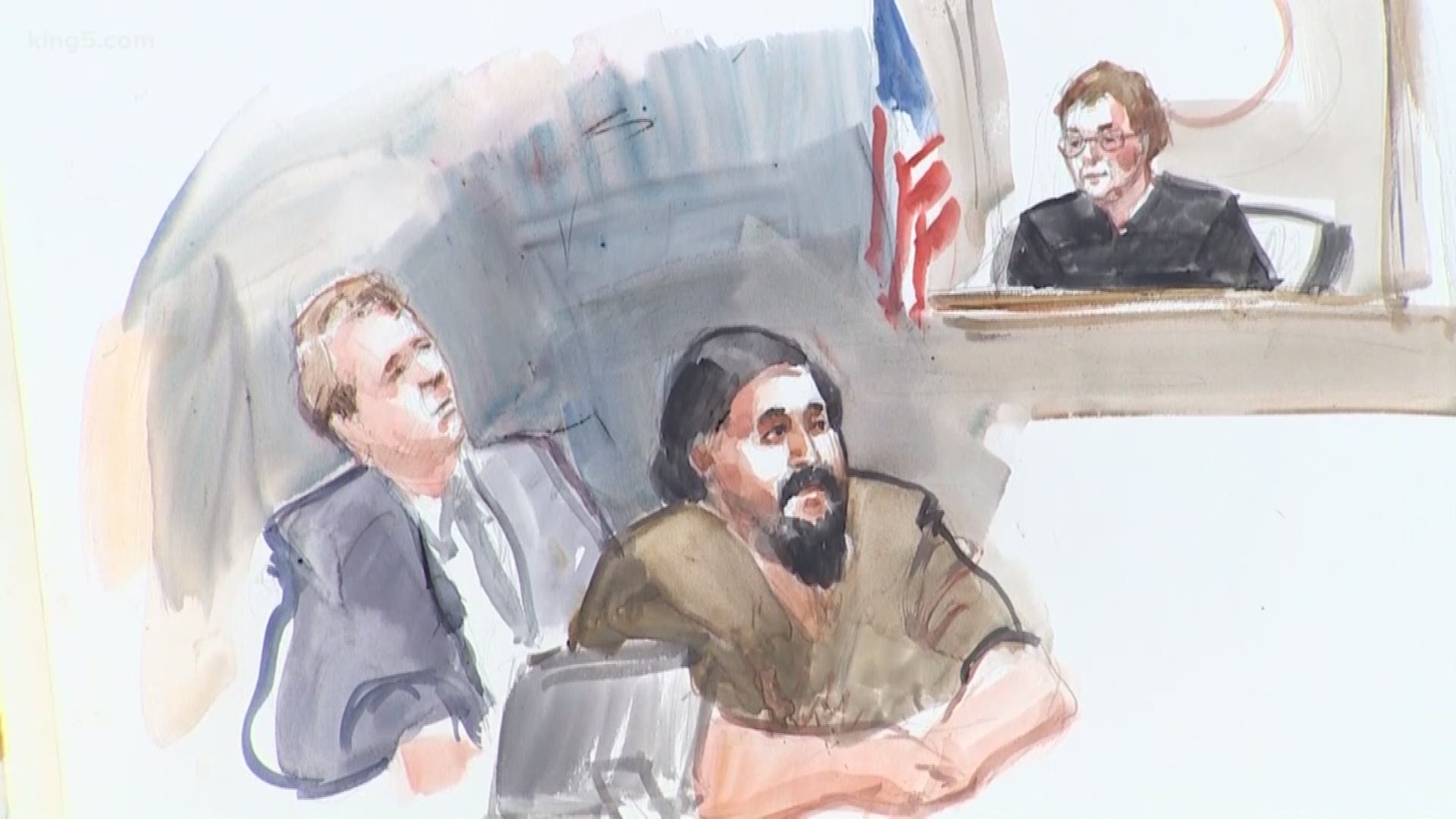 Cameron Shea of Redmond, 25, threatened journalists and advocates who worked to expose anti-Semitism, according to U.S. Attorney Tessa M. Gorman.

Shea pleaded guilty of one count of conspiring to commit three offenses against the United States, including: interfering with federally-protected activities because of religion; mailing threatening communications; and cyberstalking.

He also pleaded guilty to one count of interfering with a federally-protected activity because of religion.

Shea and three co-defendants were charged with conspiring — through encrypted email — to identify journalists and advocates they wanted to threaten in retaliation for their work exposing anti-Semitism. The group focused on people who are Jewish or journalists of color. They created posters with threatening messages to deliver or mail to their victims.

According to the U.S. Attorney's Office, Shea told the group he wanted Atomwaffen members to place posters on victims' homes at the same time to catch the journalists off guard and accomplish a "show of force."

Posters were delivered to victims in Tampa, Seattle and Phoenix.

Shea will be sentenced on June 28. He faces up to 15 years in prison.

The other defendant accused of leading the plot, Kaleb Cole, has pleaded not guilty and is due to face trial in September. Seattle police seized Cole’s guns in 2019 under an “extreme risk protection order” that suggested he was planning a race war.

More than a dozen people linked to Atomwaffen or an offshoot called Feuerkrieg Division have been charged with crimes in federal court since the group’s formation in 2016.

Atomwaffen has been linked to several killings, including the May 2017 shooting deaths of two men at an apartment in Tampa, Florida, and the January 2018 killing of a University of Pennsylvania student in California.

Two members of the flier conspiracy have been sentenced after pleading guilty: Johnny Roman Garza, 21, of Queen Creek, Arizona, who affixed one of the posters on the bedroom window of a Jewish journalist; and Taylor Parker-Dipeppe, 21, of Spring Hill, Florida, who attempted to deliver a flier but left it at the wrong address.

Garza was sentenced to 16 months in prison. Parker-Dipeppe, who suffered severe abuse from his father and stepfather and who hid his transgender identity from his co-conspirators, received no prison time — a judge found that he had suffered enough in his young life.