Two lawsuits filed this summer say Michael Adams, the man accused of stabbing Al-Amin to death, should have received help before the alleged attack. 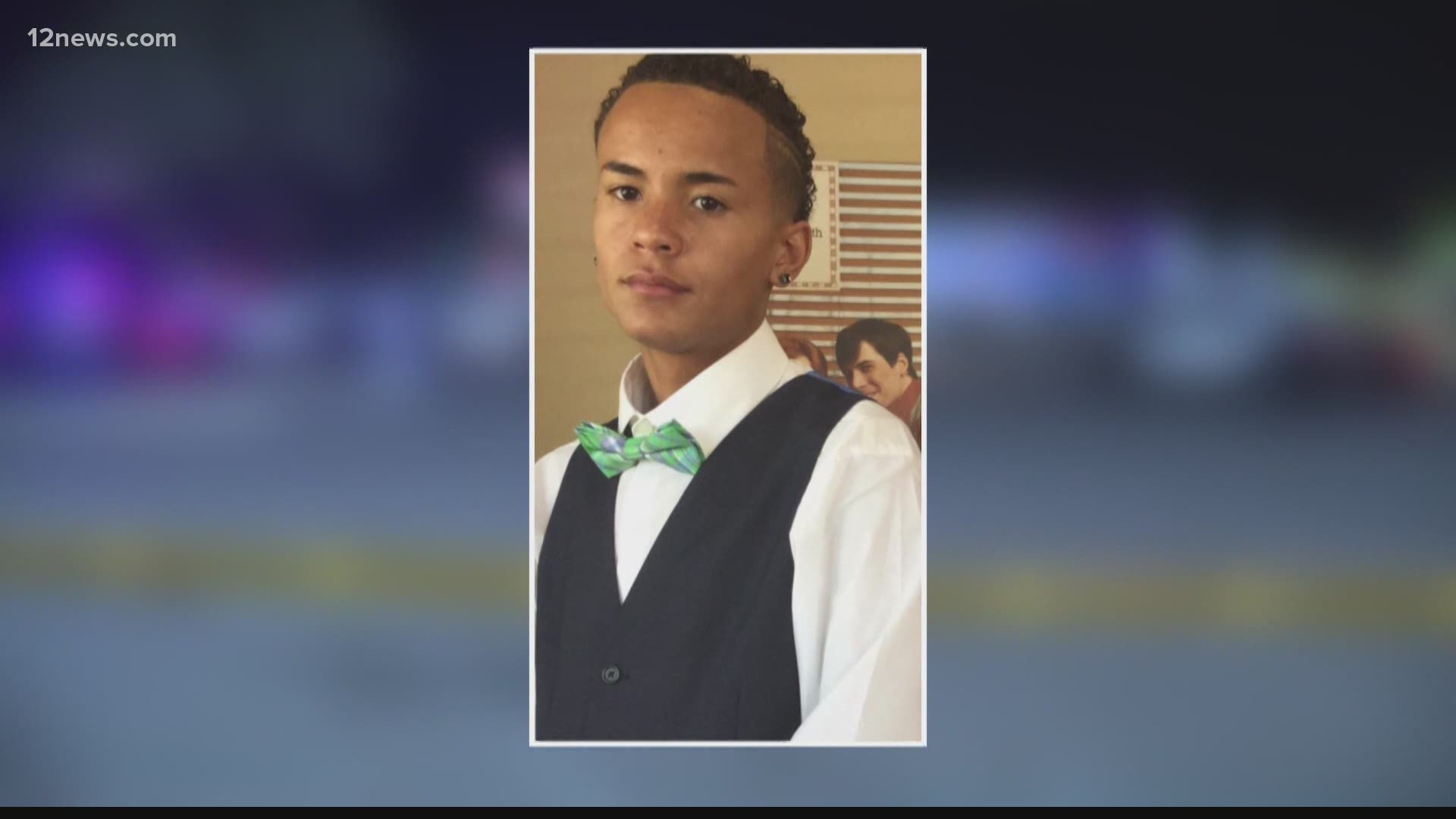 PEORIA, Ariz. — The Fourth of July hit Raheem Al-Amin hard. This year's holiday marked two years since his son Elijah was brutally stabbed to death at a Circle K in Peoria.

The story rattled the country after reports show the suspect, Michael Adams, told police he stabbed Elijah after becoming agitated with his rap music.

Sometimes it's still tough for Raheem Al-Amin, to get out of bed.

"When you wake up it’s like turning a wheel," he said. "Turn it to get your day going."

Elijah Al-Amin's dad said he got off work from Subway around 11:30 p.m. on July 3, 2019 and was meeting his girlfriend. He told his son not to come home late.

Hours later, he learned his son would never be coming home. Investigators said Elijah was stabbed at a Circle K gas station in Peoria around 1:45 a.m. on July 4, 2019. He died at a hospital, just about two weeks before his 18th birthday.

Police arrested Michael Adams after the attack and booked him on a first-degree murder charge.

Adams had a criminal record and history of mental illness and had just been released from prison a few days before the attack.

A lawsuit filed at the end of June, claims Adams showed signs of psychosis in the weeks leading up to Al-Amin’s murder but was released from prison anyway after serving a sentence for assaulting a guard.

The lawsuit accuses several healthcare agencies that work with the state of Arizona, including Mercy Care, for failing to adequately treat Adams over the span of about four years starting in 2017.

"They had the responsibility to make sure Mr. Adams was secure and wasn’t a danger to the public," said Benjamin Taylor, one of the attorneys representing the Al-Amin family.

The case uses details from Adams' medical, arrest and in-custody records to show what attorneys call a systemic failure.

"Adams was trying to get help through multiple outpatient vendors, even had applied to be designated SMI on multiple occasions and he was denied," said Matt MacLeod, also representing Al-Amin's family.

After his release from prison in Yuma on July 2, 2019, the lawsuit says Adams had encounters with police and paramedics and even called 911 to report a threat.  MacLeod said Adams was having delusions at the time.

The lawsuit details Adams then came to the Phoenix area after his father bought him a bus ticket for July 3.

He was arrested for killing Elijah on July 4, his attorney at the time noting he needed help.

RELATED: After hate-motivated shooting, what are the hate crime laws in Arizona?

Adams’ father also filed a separate lawsuit against healthcare providers and Arizona’s Department of Corrections director, saying warning signs were missed while his son was in their care or custody.

Adams died in his jail cell in April 2021, leading the Maricopa County Attorney's Office to drop the murder charge.

Adams' death is still under investigation. MCSO couldn't provide an update on the case. The Medical Examiner's website lists Adams' cause of death as pending.

"It really shows a system in need of an overhaul," MacLeod explained.

As they fight for change, Elijah's father is doing all he can to keep his son's memory alive.  He remembers working on cars with Elijah and how he was a good big brother to his younger siblings.

Raheem and several other members of his family wear custom-made jerseys in Elijah's honor nearly every day.

"I wear his bracelet, I wear his shirt," his dad showed. "It’s just a reminder of what he was. And his name, it needs to be out there."