Arizona's Jacob Chansley made front pages worldwide for his role in the riot at the U.S. Capitol. 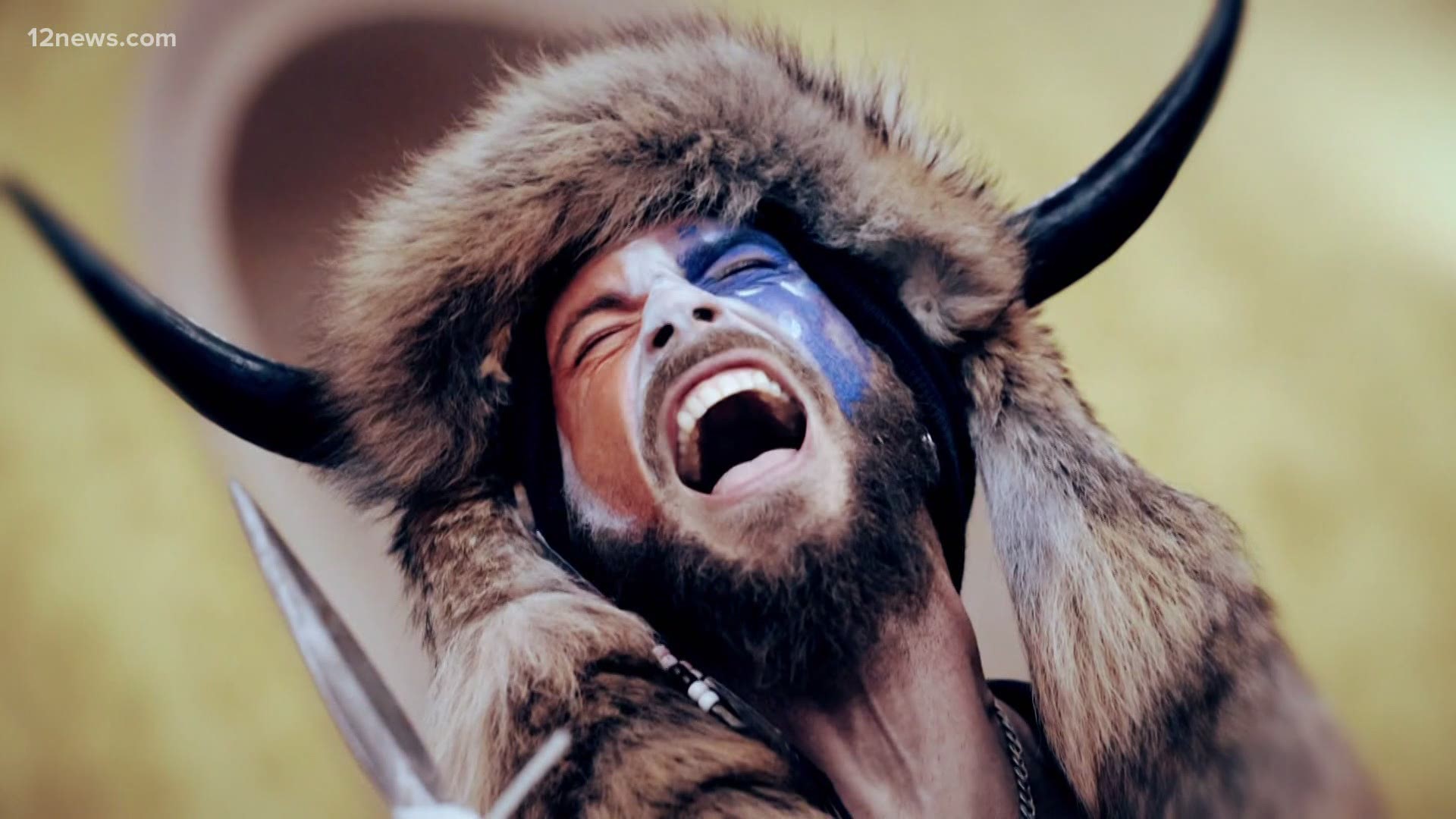 PHOENIX — The man seen in photographs wearing a horn and fur cap during the U.S. Capitol riot is facing more charges for his role, according to a grand jury indictment filed this week.

Jacob Anthony "Angeli" Chansley was seen in photos without a shirt in the distinctive headgear during the Capitol riot Jan. 6, detectives say.

Chansley was arrested on Saturday.

A grand jury indicted him on several counts including obstruction of an official proceeding, entering and remaining in a restricted building, violent entry and disorderly conduct in a Capitol building.

Chansley was a frequent participant at numerous rallies, marches and events in Arizona in the past year, ranging from Trump rallies to BLM marches.

He professed to be connected to the QAnon conspiracy theory.

For more ongoing coverage of the riot in D.C. check out our YouTube playlist: