Ryan Whitaker was killed last May when police came to his apartment for what they thought was a domestic dispute call placed by a neighbor. 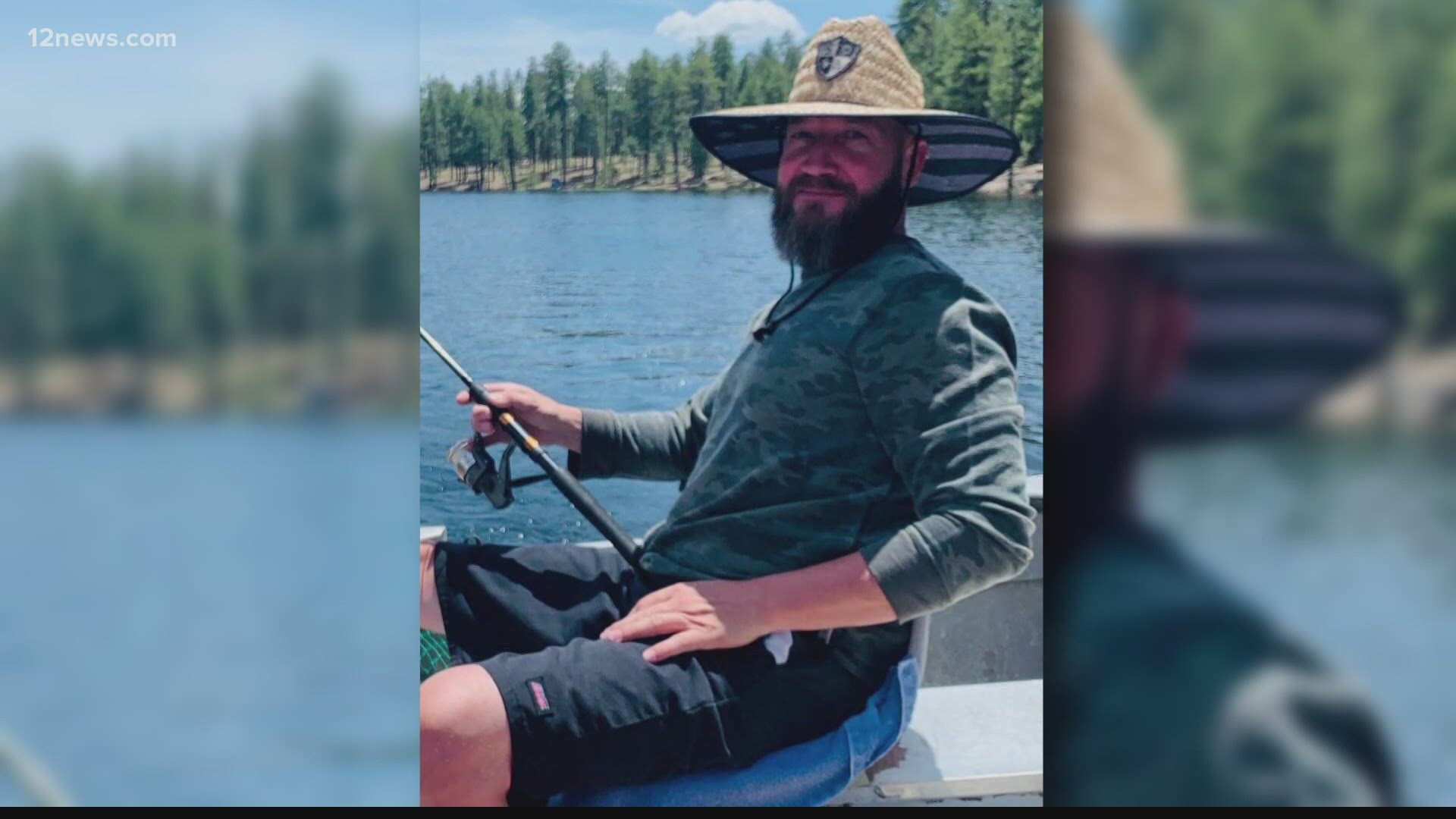 PHOENIX — UPDATE: On July 21, 2021, the Phoenix Police Department announced that they intend to move forward with ending Officer Jeff Cooke's employment. The administrative process is underway.

One year ago an Ahwatukee man was shot and killed by Phoenix Police.

Ryan Whitaker was killed when police came to his apartment for what they thought was a domestic dispute call placed by a neighbor.

Ryan came to the door with a gun in his hand.

However, the Maricopa County Attorney’s Office did not file charges against the officer who shot Ryan, saying neither the officer nor Ryan did anything wrong in the situation.

Sitting at a park a year after their son was shot and killed, Alan and Ellie Whitaker said the feels are still as fresh as the day they found out.

“It’s still so raw that everyone’s having a tough time,” Alan said.

Since May 21, 2020, when Ryan was killed, the family has been searching for answers and seeking transparency from Phoenix Police.

“It’s like it happened yesterday,” Alan said. “We’re still in shock, we’re still in deep pain, still wondering why still asking questions and not getting answers.”

The family settled with the city for $3 million in December.

“It wasn’t about the money, it was more I need to move my family forward, and I thought that would do it,” Alan said.

In January, the Maricopa County Attorney’s Office decided to not criminally charge the officer who killed Ryan, saying too that Ryan didn’t do anything wrong by coming to the door with a gun in his hand.

“We’re talking about somebody who respected the law, loved the law, who would have backed up the law,” Ellie said. “That’s why we couldn’t even believe it.”

Just this week, Phoenix City Council voted to create the Office of Accountability and Transparency, it allows for civilian investigations of alleged police misconduct.

The Phoenix Police Department sent 12 News a statement regarding the office:

"Accountability and transparency have and will continue to be a top priority for Chief Williams. The Phoenix Police Department will work with the Office of Accountability and Transparency (OAT) and welcome any recommendations which will complement the reforms and changes we are making to build credibility with our community."

The department also sent a list of improvements and changes they’ve made dating back to 2016.

“He died for nothing, and that doesn’t sit well with me,” Alan said.

12 News asked Phoenix Police if the officers involved in Ryan’s shooting have received any internal review or disciple, a spokesperson told us the Use of Force review has not yet been completed.

The Use of Force Review and administrative investigation take place after the county attorney’s office decides whether or not to charge officers criminally.

A department spokesperson said the process typically takes 18 months, but COVID has set the department back because the at least 10 person panel wasn’t able to meet in person.