'It should be shut down': Gilbert mayor says state needs to act after group home murder

Tilda Manor is a state-licensed facility. ADHS says an investigation could result in license revocation, suspension or a fine. 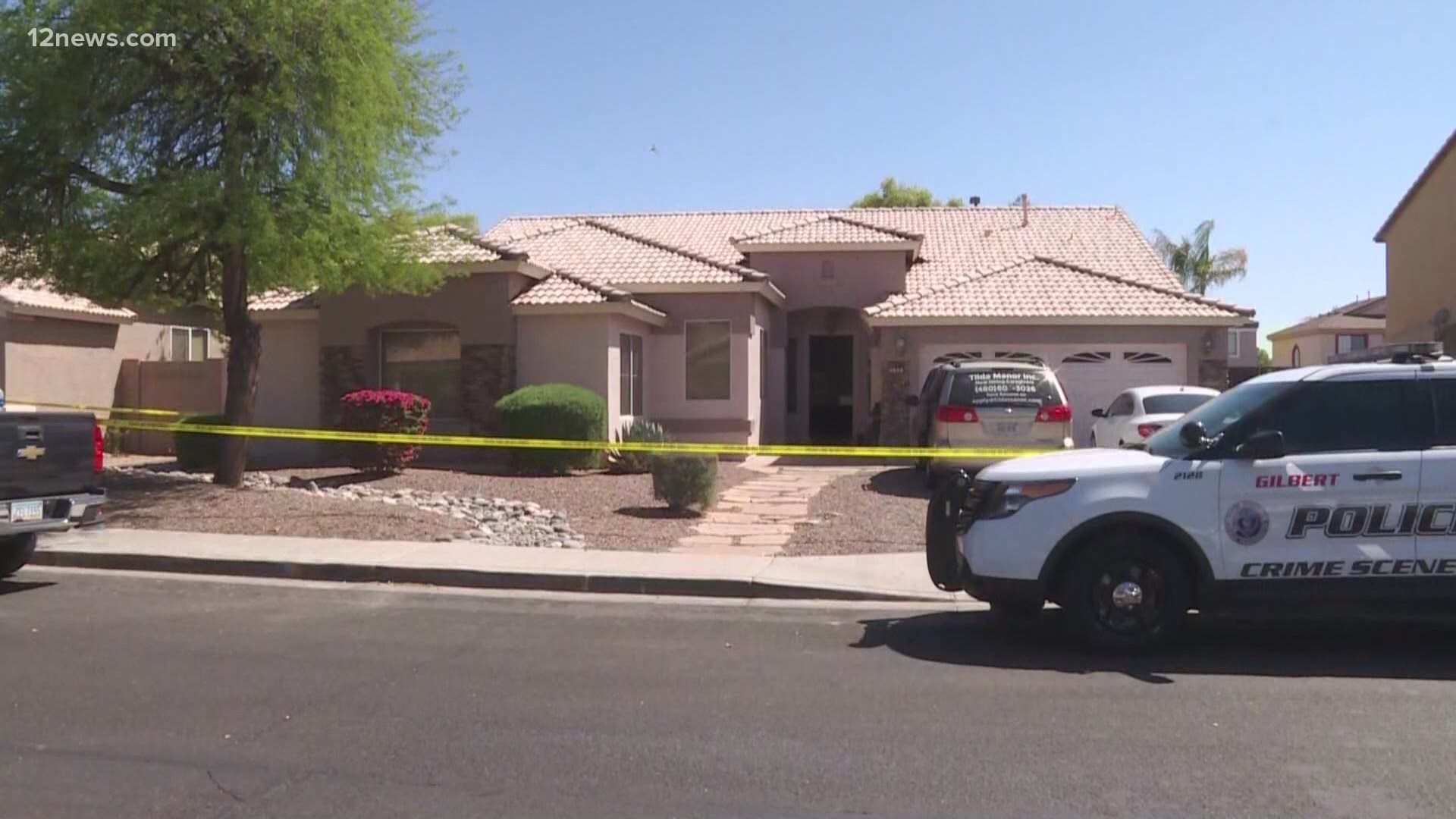 GILBERT, Ariz. — Neighbors have called Gilbert leaders and have even spoken out at a Town Council meeting demanding to know how a person convicted of murder could be placed by the state in a group home in their community where he'd later get arrested for murder again.

"I have children in my neighborhood afraid to go to sleep at night now," Chris Lineberry told Gilbert Town Council Tuesday night. "This shouldn't happen."

"We had no idea the person that was living in this home and we wouldn’t be able to get that information in any way," Gilbert Mayor Brigette Peterson told 12 News after the Council meeting Tuesday night.

Even though the town has codes overseeing group homes, including a section that says a person shouldn’t live there if they are a threat to others, she explained that her hands are tied.

"The town doesn’t have any way to enforce that," she said.

Tilda Manor is a facility licensed by the state. Mayor Peterson says that means it’s up to the state to oversee occupancy and ensure codes are followed.

Police have been called to this particular Tilda Manor location 52 times since January 2019.

"I would love to see the Department of Health Services stand behind the licensing for these facilities, which it doesn’t sound like they’re currently doing," she says.  "If we’re reporting 52 incidents in a home, they should be shutting that home down in my opinion."

But in an email Wednesday afternoon, a spokesperson for Arizona’s Department of Health Services says ADHS has no role in enforcing the town’s codes and that ADHS is following state law.

Here's part of their email response:

The criminal incident at this facility was horrifying, and ADHS continues its investigation to ensure resident safety. We cannot comment on open investigations.

ADHS has no role in enforcing Town codes; that would be under the Town’s purview. The PSRB is an independent board and not under our agency’s purview.

The Town of Gilbert maintains it has limited authority. In an earlier email, a spokesperson said the authority should fall under ADHS:

Arizona law grants the authority to license and regulate Level 2 Behavioral Health group homes exclusively to the Arizona Department of Health Services (ADHS), including admission criteria. The Town has limited zoning and building code regulatory authority over group homes, as well as the jurisdiction for nuisances resulting in violation of Town codes, such as loud noises and excessive parking on site. All other complaints must be made through ADHS.

12 News asked the state what it would take to revoke a facility’s license, but they didn’t give a direct answer - only saying investigations could result in a license suspension, revocation or a fine.

The state’s fined this particular Tilda Manor before, as recently as December 2020, for leaving a resident alone when they shouldn’t have been. That fine was $500.

"It’s very difficult for me to say I can pull somebody’s license when it’s not in my control," says Mayor Peterson.

12 News has asked four times over the past week for someone with the state to speak on-camera to better explain who regulates what, but the state has never responded to that request.

Since Lambeth's arrest on April 12, Tilda Manor has never responded to any 12 News requests for comment.  When we approached the owners, they told us to contact a corporate attorney but never provided a name or firm.

The state's Psychiatric Security Review Board met last week for their monthly meeting and had a closed discussion regarding Christopher Lambeth's case. The Board said an order had been issued that Lambeth would return to Arizona's State Hospital if he should be released from MCSO custody.

Lambeth remains in the Maricopa County Jail and is facing a first-degree murder charge.

Follow the latest developments from the Tilda Manor group home on 12 News: