The shooting happened around 6:30 p.m. near 44th Street and Camelback Road. 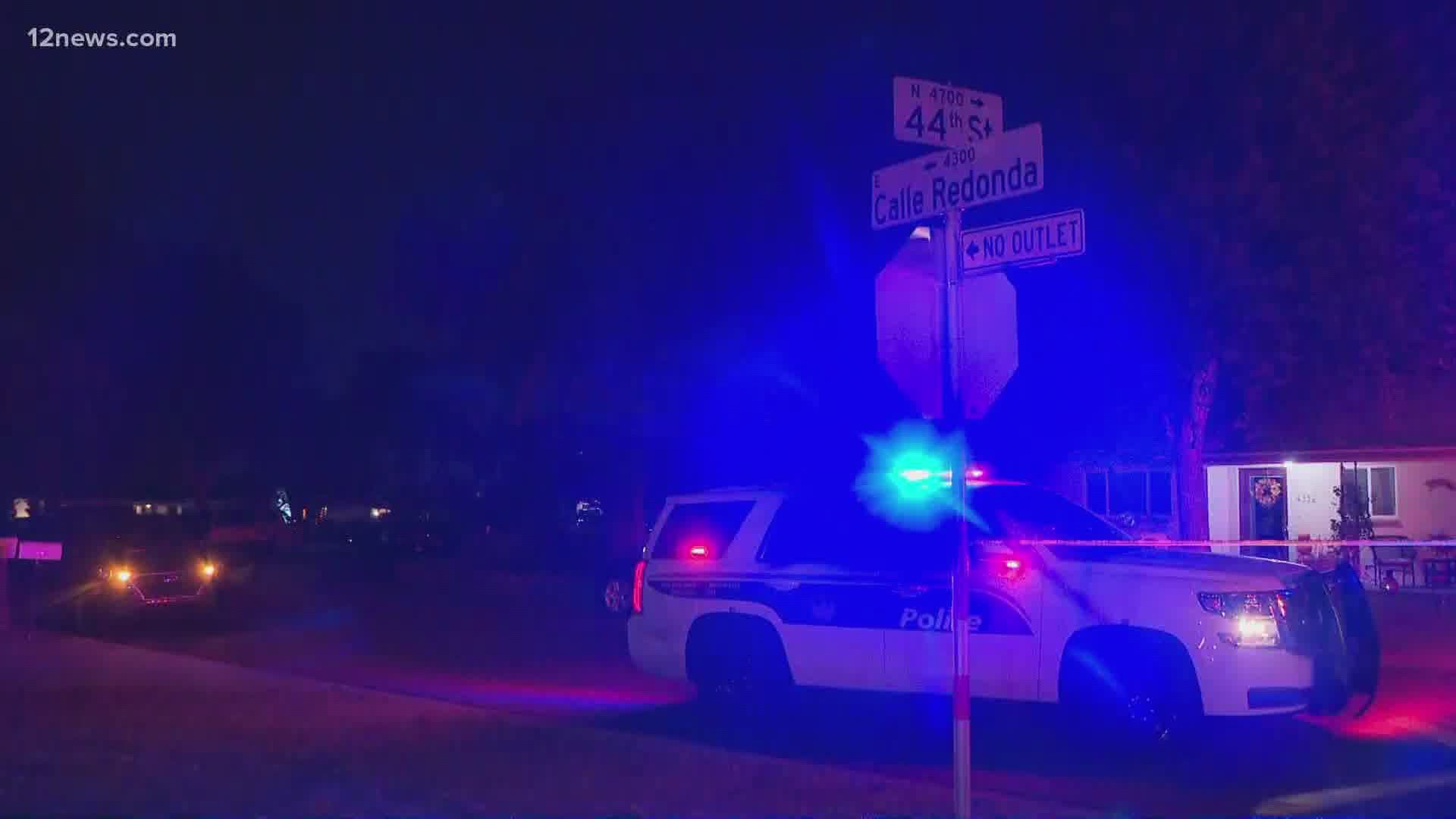 PHOENIX — An investigation is underway after a Phoenix police officer shot a man allegedly armed with a weapon Wednesday night.

The shooting happened around 6:30 p.m. near 44th Street and Camelback Road.

Police say they got 911 calls after neighbors reported a man acting erratically and damaging property. They say the suspect ran off after an officer arrived and stopped near a canal.

Investigators say the man was armed with an edged weapon and refused to comply with the officer's commands.

When the man kept walking towards the officer with the weapon, police say the officer fired.

The suspect was transported to a hospital, where he is expected to survive. The only identifying factor released about the suspect was that he is a 38-year-old man.

No officers were hurt. The officer who was involved was a 45-year-old woman with 16 years at the department.

The weapon involved was a wooden handled pruning saw.

Roads in the area were shut down during the investigation.

UPDATE: Officer-involved shooting near 44th St & Camelback. Suspect armed with knife advanced toward officer. Suspect taken to hospital with what are believed to be non-life threatening injuries. https://t.co/V1gyhWJpX7

This is a developing story. Check back for updates.