The boy was taken to a local hospital with non-life-threatening injuries after the shooting on Monday night. He was still being treated as of Tuesday night. 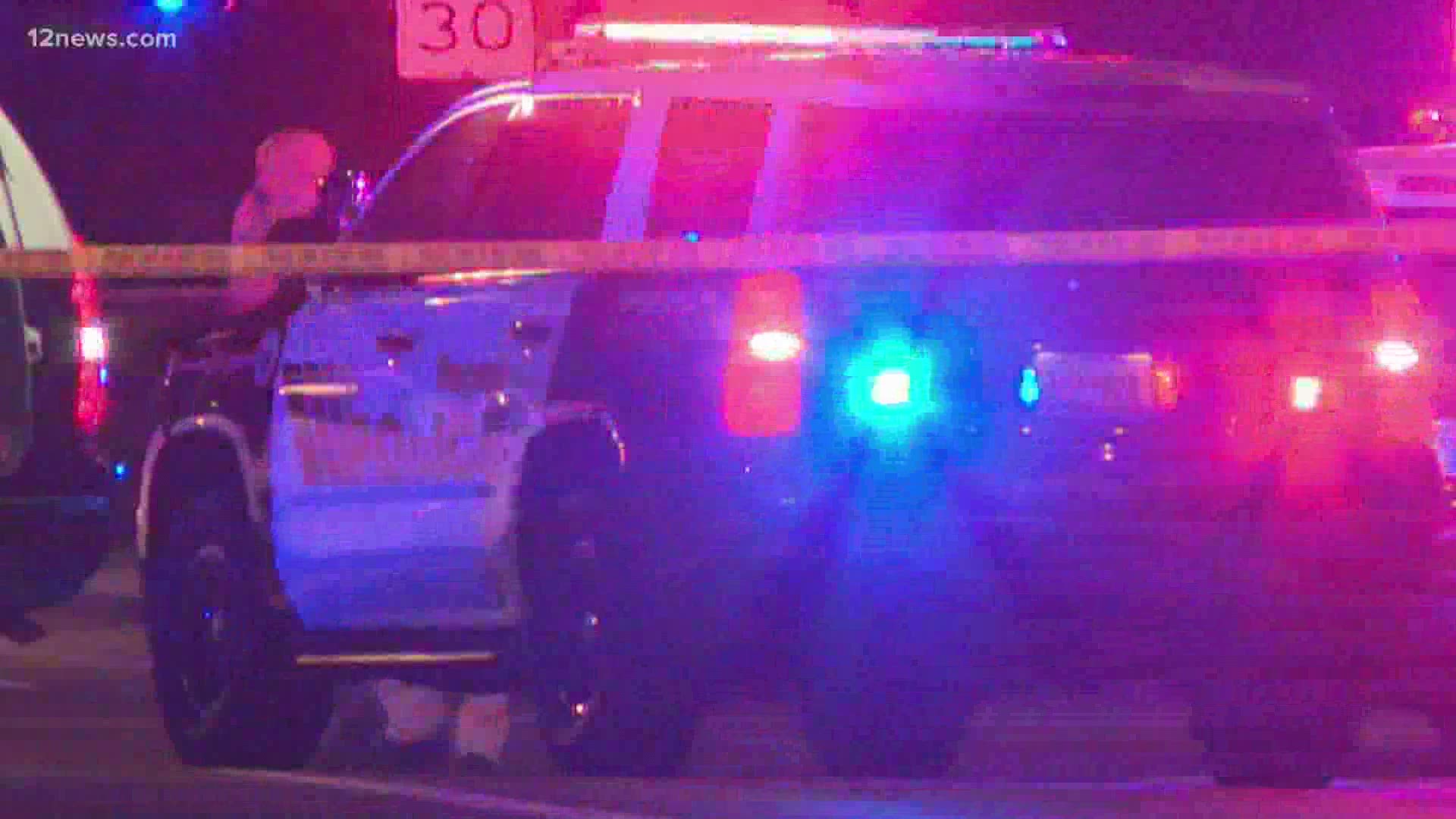 PEORIA, Ariz. — A 15-year-old boy was shot in the face by a police sergeant in Peoria after the boy allegedly drove at the sergeant while he sat in his marked car, police said.

The Peoria Police Department said the boy was taken to a local hospital with non-life-threatening injuries after the shooting on Monday night. He was still being treated as of Tuesday night.

The shooting happened near 87th and Peoria avenues around 8 p.m. Monday. No one else was injured.

The department said Tuesday that the sergeant, who was not immediately identified, was conducting directed traffic patrol in the area when the shooting happened.

The sergeant was in a marked police vehicle parked on Monroe Street, just west of 87th Avenue monitoring the intersection, the department said.

The sergeant was parked on the side of the road with his lights off when a vehicle slowly drove by him on Monroe Street.

The sergeant fired at least one round at the boy, "due to the erratic behavior of the driver and the fact that the vehicle was heading directly at the sergeant," the department said.

The shot hit the boy in the face. A passenger was also in the car with the boy, but was not injured.

Both the driver and passenger were detained after the shooting and before the driver was treated for his injuries. The passenger has since been released.

The department said the sergeant was wearing a body-worn camera but it was not on at the time of the shooting.

This is a developing story. Check back for updates.