Person shot by officers in Phoenix, killed after alleged struggle with weapon

The man was not immediately identified after the shooting near the Arizona Grand Resort. No officers were injured. 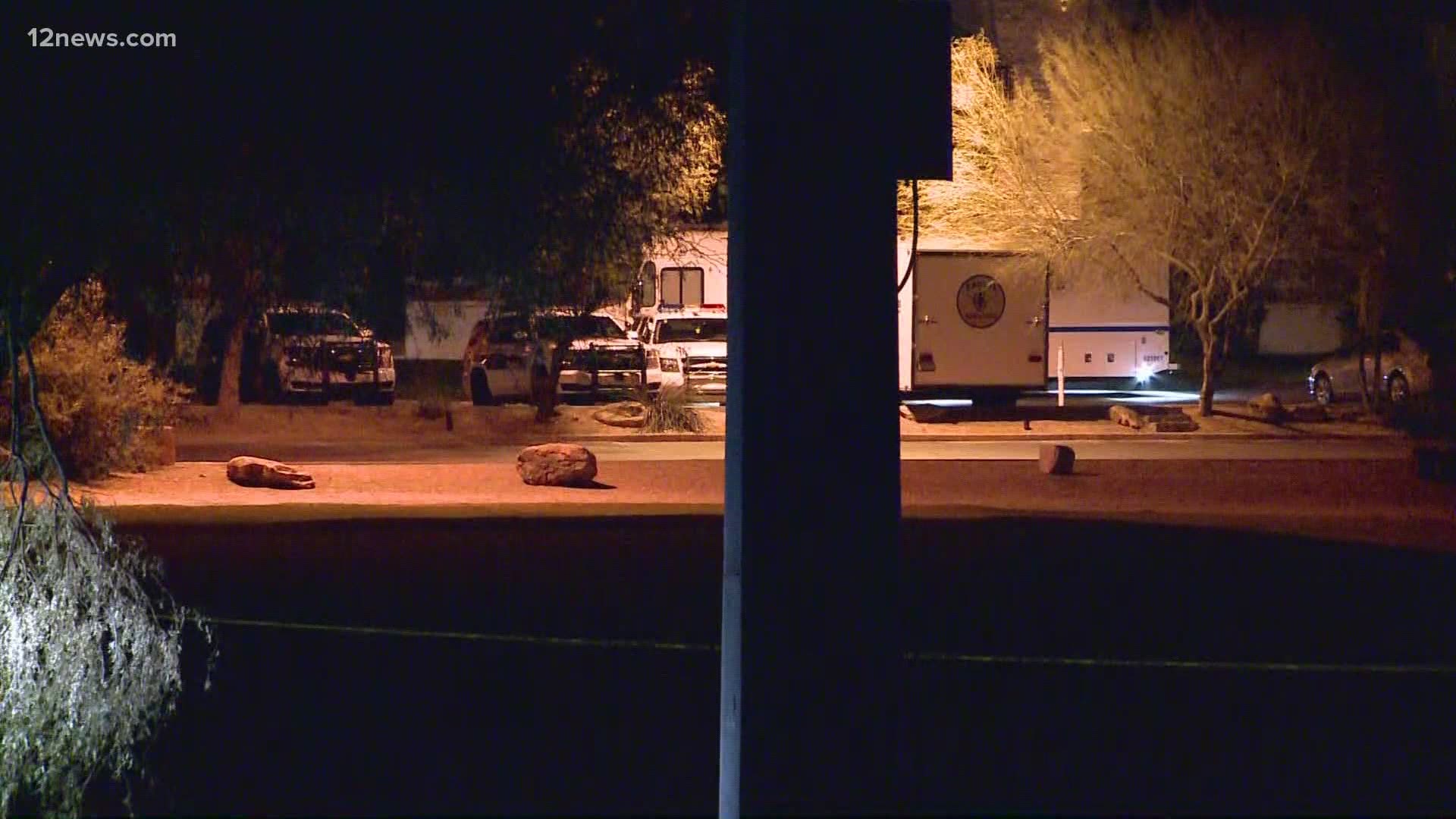 PHOENIX — A person was shot by two officers and killed in Phoenix early Tuesday.

The Phoenix Police Department said the shooting took place in the area of Interstate 10 and Baseline Road near the Arizona Grand Resort and Spa.

Sgt. Ann Justus said officers tried to pull over a vehicle for a traffic stop and the vehicle would not yield.

The department later said that the vehicle had fled from law enforcement twice before.

The driver, later identified as 23-year-old Antonio Carbajal, eventually stopped the car near the resort and ran from the scene on foot.

Justus said the officers caught up to the driver and the man armed himself.

A struggle then ensued over the weapon, she added.

The man was shot and killed. He was pronounced dead on scene.

Three officers were involved in the incident, but only two were identified.

The man was also not immediately identified.

It was at least the third reported officer-involved shooting in the Phoenix-area so far in 2021.

Critical Incident: Tuesday morning, after midnight, in the area of 48 St/Baseline, ofcrs tried to stop a vehicle. The driver fled and armed himself with a gun. Officers caught the suspect and a fight over the gun led to an officer-involved shooting. pic.twitter.com/eIdkqGrl4e